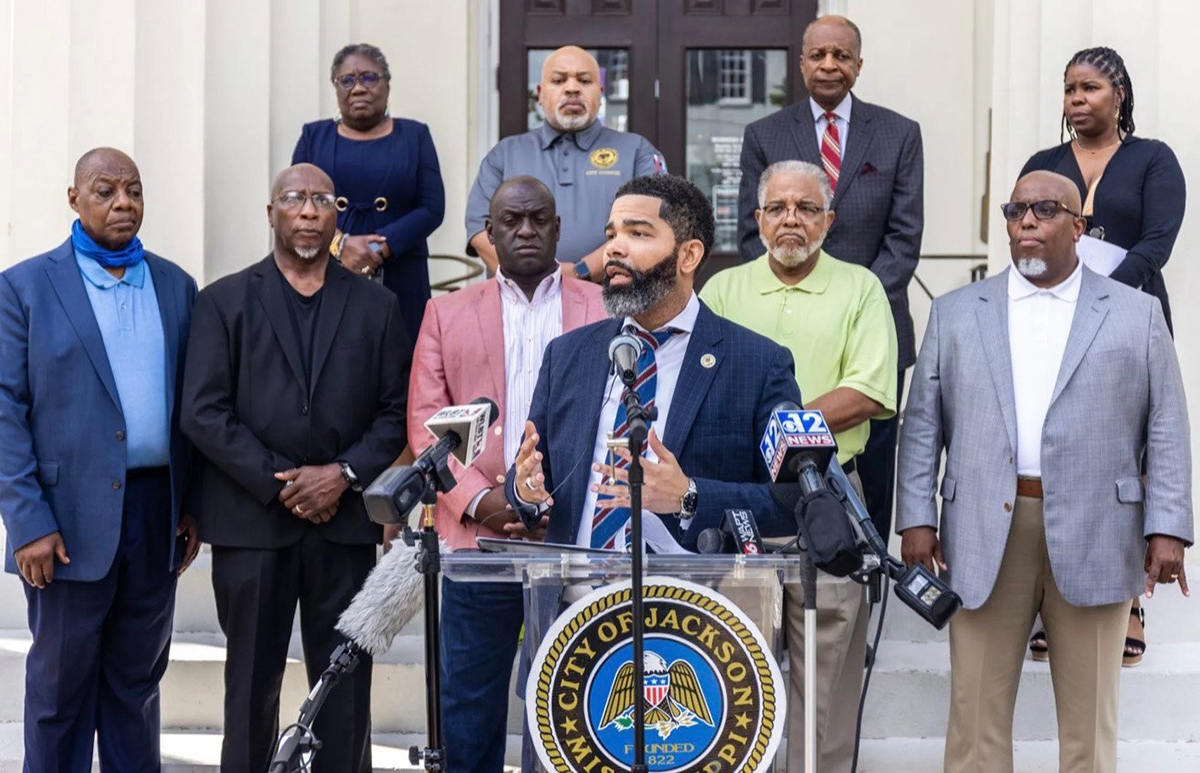 By Alex Rozier
Mississippi Today
At a press conference last week, Jackson Mayor Chokwe Antar Lumumba said the city’s water pressure is seeing improvements thanks to efforts to restore pressure in the system overnight and that more residents are with water now than before.

The mayor addressed Gov. Tate Reeves’ announcement Monday night (8/29) that Jackson’s main treatment plant had begun to fail to produce drinking water for the city, which preceded a state of emergency that the governor declared on Tuesday.
“We’ve been going it alone for the better part of two years when it comes to the Jackson water crisis,” Lumumba said at the briefing. “Now we are excited to finally welcome the state to the table.”