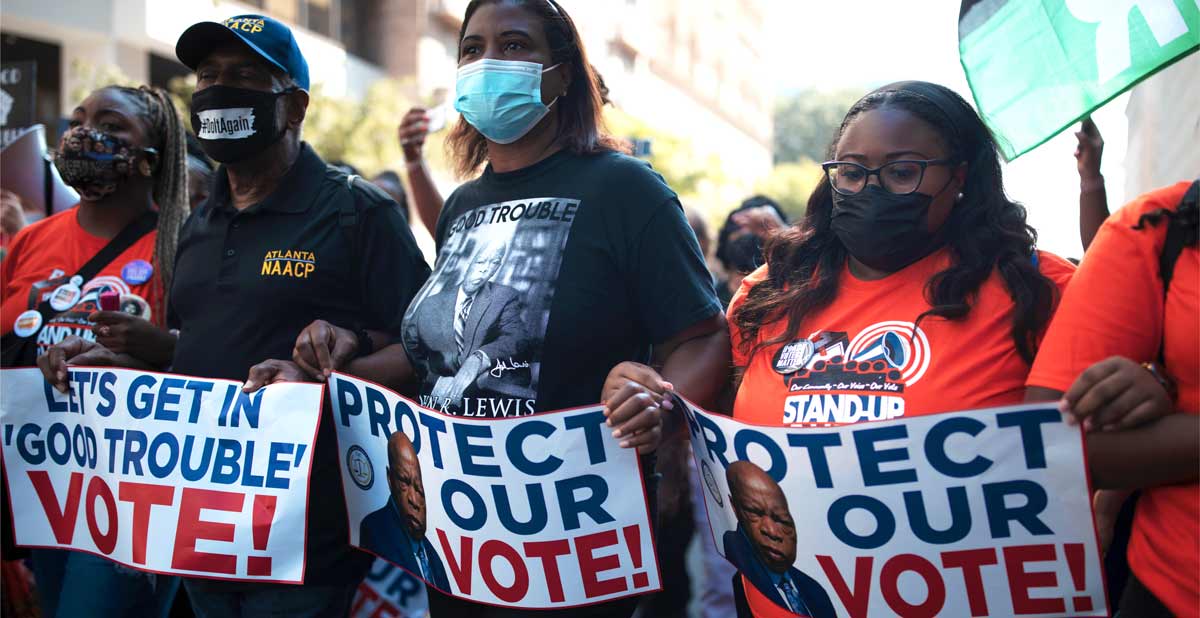 Black History Month in the Midst of Madness

Black History Month is here, and it is a time to celebrate, and a time to recognize we are in one of the darkest times in America. Simultaneous with a Black woman about to be nominated for the Supreme Court, all stops have been pulled out on suppressing and if necessary, nullifying the Black vote, and books about racism and the history of African Americans in this country are being banned from schools and libraries, erasing our rights as citizens and the reality the nation and of our existence. The placing of an incredibly qualified Black woman on the Supreme Court is a recognition of excellence and a symbol of what’s possible for the young women who will grow up seeing her on the court, but it will not make much difference on a court dominated by conservatives in an authoritarian state.
The people who attacked the Capital building on January 6 have been called terrorists, insurrectionists, Trumpists and rioters, but more than that, they were a lynch mob complete with gallows. And if they were fired up enough to threaten to lynch the vice-president, then they are capable of anything, and nothing should be thought beyond them.

We had said that Trump would be particularly upset with African Americans leading investigations in Georgia for interfering with the election and in New York for his business practices. This past weekend in Texas, he called them “racists” for investigating him and called for “the biggest protests we’ve ever had” at the courthouses. This prompted Atlanta’s top prosecutor, Fani Willis, to ask the FBI to conduct a security-risk assessment and provide protection for the courthouse and her office, including her staff. Donald Trump is making clearer and clearer his criminal, thug mindset, most recently at that Texas rally where he promised to pardon the members of the January 6th mob, who he says have been treated “So unfairly.” A bully like his idol Russia’s Vladimir Putin, he will not stop doing whatever he wants, not recognizing any law or norm that stands in his way. Evidence is emerging that he went so far as to orchestrate an administration-wide conspiracy, that included the Justice Department, Homeland Security, and the military to, in his own words, “overturn the election,” allowing him to rule as a full-out dictator.

Further evidence of what’s happening in America are the multiple bomb threats at Historically Black Colleges and Universities (HBCUs). Eight threats on January 4, 6 threats on January 31 and another 12 threats on February 1. This is madness and we cannot expect it to stop soon.

It is at times like these when we must strengthen our inner selves, it is inspiring to remember the deeds and efforts of our forebears and try to match their resilience, courage and persistence and be mindful of our health, physical and mental, as we fight this unending battle.