The Fame you find in a Meme
Advertisement 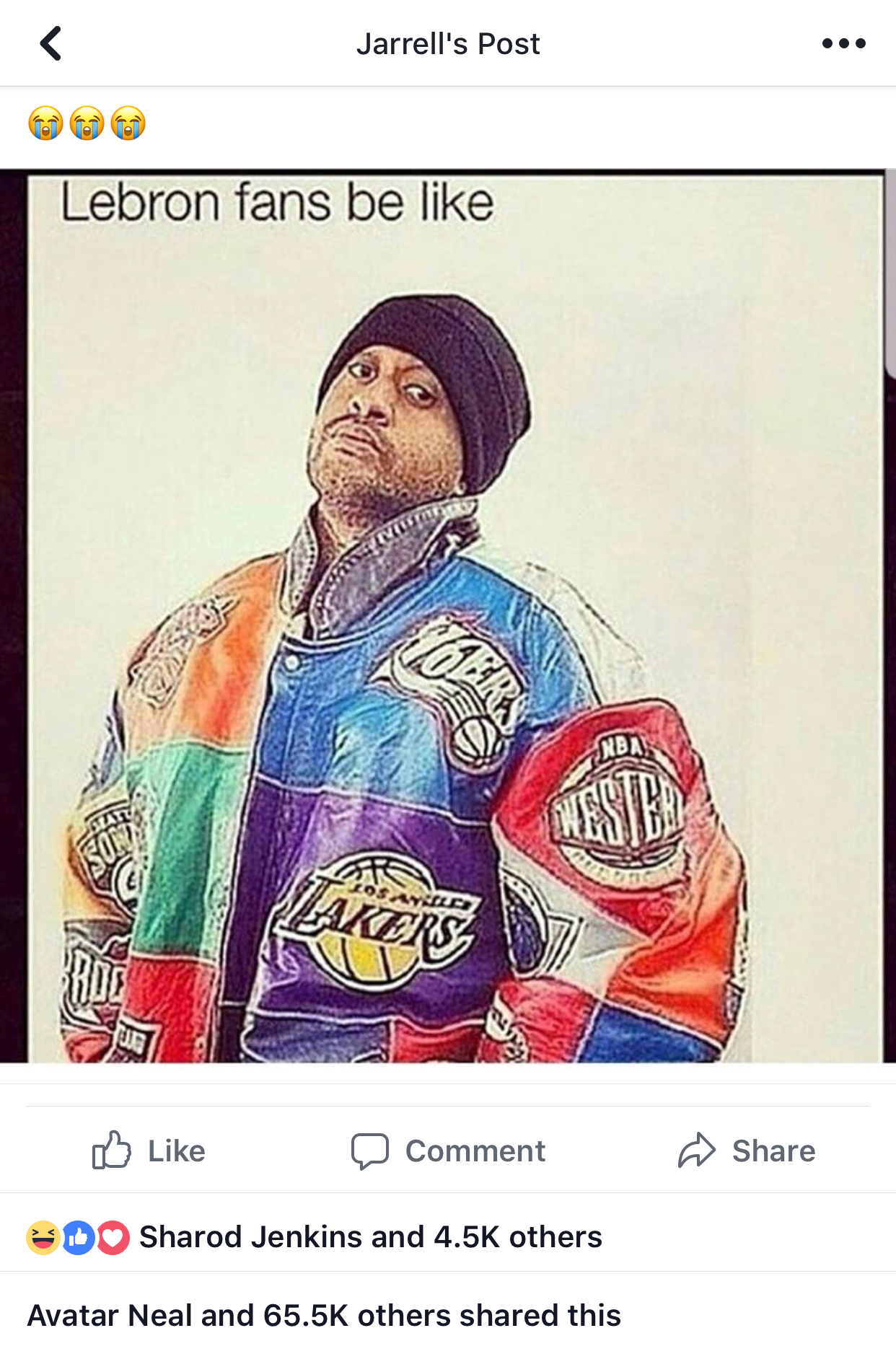 I went viral last week as a meme.

If this was ten years ago, the previous sentence wouldn’t make much sense at all. Presently however, its meaning is a precursor for a discussion on both the power and the frivolousness of social media. Allow me to explain.

Among the myriad of things that I’ve done in my life, for the better part of two decades, I modeled clothing and outerwear for hiphopcloset.com. The online clothing retail company is owned by some childhood friends of mine, and when they began their business back in 1998, I modeled their wears for the website. One such early photoshoot involved this leather jacket that was adorned with the logos of every basketball team. The jacket was oversized in the way that people were wearing their leather jackets in the late 90’s. The pic that was used to market the coat has me using my best gangster face, a natty black skullcap covering my head, the collar popped, my unshaven beard giving you hipster chic with a twist of thug life. In other words, I looked a complete mess. The pic simply became one of dozens that I took for the website, nothing at all special about it. I don’t even know if they ever sold any of those jackets.

In the late 70’s, ethologist Richard Dawkins defined the term meme as an idea, behavior, style or usage that spreads from person to person within a culture. A more current definition is a humorous picture, text or video that is duplicated, sometimes with slight variations, and spread rapidly by Internet users. Basically, someone captions a picture or a video, usually something they find humor in. They share it with their social media friends, and if it is indeed a funny or an interesting caption then maybe those friends share the meme with their friend list. When a meme is said to have gone viral, this means that the meme has been shared rapidly through an Internet population set. The common benchmark for going viral would be around 100,000 views of a particular meme in a day.

Back in the summer of 2014, amid the sports conversations involving free agency, the biggest talk was about LeBron James and his return from the Miami Heat back to the Cleveland Cavaliers. People were creating all kinds of memes to mock the issue. This was the first time that my meme appeared, in the summer of 2014. Someone found the picture of me in that jacket with all of the team logos and they captioned the picture “Lebron fans be like…”. The humor of the caption stems from the idea that fans of LeBron would root for any team that he played for. Back then, when the meme hit the Internet, it gained a little traffic. I remember a couple of people tagging my name to posts of the picture, laughing at the fact that an old hiphopcloset picture had resurfaced in such a way. It was shared a bit, but it didn’t go viral back then.

Last week, once again the biggest sports talk was about LeBron James becoming a free agent. After 4 years in Cleveland, LeBron was once again going to test the waters of free agency and possibly change teams. This was different than in 2014. Back then, LeBron simply announced he was returning to the Cavaliers. This time, people had no idea of where he would land. Teams were doing the most to garner the attention they thought would bring LeBron to them. The Philadelphia 76ers even flew planes over the Barclays Center in Brooklyn on Draft Day. The planes dragged banners that called for King James to consider bringing his talents to Philly. In the midst of all of this hype, and with perfect timing, someone re-released the meme, 24-year-old me in an oversized leather jacket with NBA logos all over it, the caption reading “Lebron fans be like…”.

I was in Jamaica last week for a family reunion. International phone rates are outrageous, so while my family and I trekked up Dunn’s River Falls in Ocho Rios, my phone was off. As soon as I reached my hotel room and the Wi-Fi, I began receiving dozens of texts from people, all of them sending me snapshots of this meme that had appeared again on social media. I went to Instagram and found that literally scores of my followers had tagged me to posts of the meme. It was the same thing on Facebook. This thing was all over social media. I had gone viral.

I tried tallying up all of the shares of this meme via Facebook by going to every post that someone tagged me in to find how many times that person’s post was shared. I stopped at 350,000. That’s only on Facebook. I figure the meme was circulated at least that many times through Instagram and again through Twitter. We’re talking a million shares easy, with views in the tens of millions. Ten million people viewed a picture of me. Such a thought automatically strokes the ego until your right mind begins to try and quantify exactly what having ten million people viewing a picture of you actually means.

It means nothing. Absolutely nothing!

Going viral as a meme has to be the most meaningless fame in existence. Yeah, everyone sees you. But no one cares. They don’t care because though you are in the picture, you are not the subject of the picture. You are but a mere object. The caption is the subject of the picture. It’s the caption that interests those who press like or choose to share it to their page. The meme is about LeBron James. It isn’t about me. I’m just the punch line.

Marilyn Monroe said, “Fame is like caviar, you know? It’s good to have caviar, but not when you have it at every meal.”

I’ve had my taste of fame. I prefer the taste of a rib-eye steak.

The Tale of the Sleeper Agent

The Drama in District 16