So. Who’s doing all of the fireworks?
Advertisement 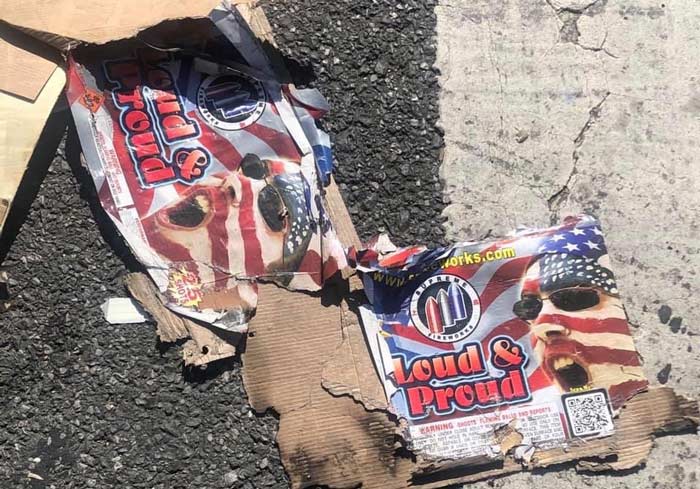 So. Who’s doing all of the fireworks?
It was in the evening of the first round of protests that I started noticing them. It started at dusk, and continued until well past midnight. Fireworks, seemingly being let off all around me. I’m born and raised right here and I’m of the age where one can remember countless summers of playing with fireworks. I remember when a pack of firecrackers were 25 cents, jumping jacks were 35 cents. We’d take two dollars to the corner store and stack up and then we’d have a ball putting firecrackers in bottles and garbage cans. This was summer fun for a 12 year old kid living in Brooklyn in the 80’s.
I can tell the difference between fireworks and gunshots, another trait that I gathered from growing up here. Gunshots are let off in rapid succession, brief, rhythmic and poignant. Fireworks are steady and random, a continuance of pops with no pattern. So, I know when I’m hearing fireworks. I also know that as we head closer to the July 4th holiday, kids find themselves with access to more fireworks than usual, which leads to hearing more of them in the air as we creep towards Independence Day. Taking all of that into consideration, the first night I heard the cacophony of explosions in and around my neighborhood, my first thought was that it was way too soon for the July 4th traditions to get started. We were barely out of May.
Night after night, the same thing. Fireworks. Usually when kids are stocked with fireworks they play with them in the basic area that they hang out in. On their block. In their projects. What I was hearing wasn’t that though. The fireworks were being ignited all around me, in various areas. And, it wasn’t your run of the mill child accessible fireworks. These are M-80s and bombs, not just firecrackers. One night, I spent the evening in the backyard of a friend who lives like ten minutes from me. As soon as dusk settled, I heard fireworks around his home too. Can that be a coincidence? Maybe. I mean, kids all over like fireworks, right? But still, when I asked my friend he said he had been hearing them every night too, again since the beginning of the protests.
I started asking friends in various neighborhoods, “Do you hear fireworks at night?” A friend from Flatbush said he did. So did a friend from Harlem and the Bronx and New Rochelle, and Brownsville. Everybody is hearing fireworks every night. Even when the firecrackers at my corner store were a quarter, I couldn’t afford to buy packs of them daily. Who are these kids that are supposedly purchasing enough fireworks to light up the whole city night after night? And then, the timing of it all is weird. These fireworks start every night at dusk. Kids are home from school all day due to quarantine. If these fireworks were the work of random kids, why do they wait until dusk to start? Why not start in the middle of the day?
The final piece of this sordid puzzle came from social media. Friends from as far away as Los Angeles are saying the same thing. Fireworks. Every night since the beginning of these protests. In Baltimore too. In Philly too. Always after dusk.
These protests have introduced those who have been paying attention to the role of anarchist groups and other antagonists. The night that the protests began in Brooklyn, a police vehicle was torched. Police later charged two white girls from the Catskills with the crime. The Wendy’s at the center of the police shooting in Atlanta was burned down, and the suspect in the arson is a white woman. Video from across the nation revealed that there were people in the various protests who seemed planted specifically to damage property and to antagonize the police. They dress in all black. They are separate from the real protestors, almost using them as a cover for their real motives. And more often than not, they are white people. They are the ones defacing property with slogans like ACAB (All Cops Are Bastards). I saw that scrawled across a church facade on Jefferson Avenue and I know that no one from this community did that because the church is well known and, by and large, churches have been places of solace and support for protestors. That wasn’t us. The car torchings, that wasn’t us. And, neither are these fireworks.
Not everyone screaming Black Lives Matter is doing it to support the equality and equity of race in this community. Some of them are using the term to hide motives which go far beyond police brutality and systemic racism. They are co-opting our rage to incite their own agenda. Be mindful and aware of this. And, if you see random people in your community that you do not recognize igniting fireworks at night, report them immediately.

Brooklyn Bred: Created from Passion, Matured in a Pandemic

The Good in it All