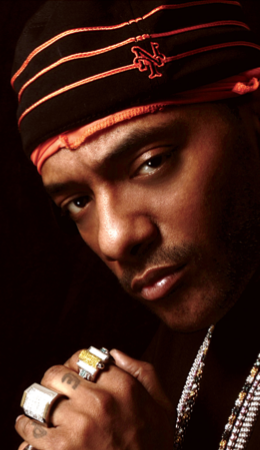 The rapper Prodigy, one half of the American hip-hop duo Mobb Deep, died on Tuesday at the age of 42.

The Queens-born MC died after a performance in Las Vegas, having been hospitalized recently for complications tied to sickle-cell anemia.

The MC was found unconscious in Las Vegas, and while the cause of death remains unclear, the group’s publicist sent the following statement to the music website XXL:

“It is with extreme sadness and disbelief that we confirm the death of our dear friend Albert Johnson, better known to millions of fans as Prodigy of legendary NY rap duo Mobb Deep. Prodigy was hospitalized a few days ago in Vegas after a Mobb Deep performance for complications caused by a sickle-cell anemia crisis. As most of his fans know, Prodigy battled the disease since birth. The exact cause of death has yet to be determined. We would like to thank everyone for respecting the family’s privacy at this time.”

Mobb Deep, comprised of Prodigy and Havoc, has sold more than 3 million records, their albums “The Infamous” and “Hell on Earth” having been critically acclaimed successes in the 1990s. The group took an indefinite hiatus in 2012 but reunited shortly after, releasing their eighth album, “The Infamous Mobb Deep”, in 2014.

The duo performed in Las Vegas on the weekend of The Art of Rap tour, alongside Ice-T, Ghostface Killah and Onyx.

Prodigy published an autobiography in 2011 called “My Infamous Life: The Autobiography of Mobb Deep’s Prodigy”. He also collaborated last year with Kathy Iandoli on a cookbook, “Commissary Kitchen”, a collection of recipes he conceived while serving a three-year sentence for gun possession charges. In a candid 2011 interview with Jesse Thorn, Prodigy discussed his sickle-cell anemia:

“Sickle-cell anemia is a hereditary disease that’s passed down from your mother and father, and is basically a rare blood disorder where your blood cells change from a round shape, a normal, round blood cell shape to a sickle shape,” he explained. “They start interlocking with each other and causing clotting, and it causes pain where that happens. It’s like a domino effect, it spreads throughout your body, and the pain increases and it gets progressively worse if you don’t take care of it right away; as soon as you feel the pain, you’re supposed to go to the hospital or take pain medication for it.”

Both Havoc, born Kejuan Muchita, and Prodigy attended the Manhattan High School of Art and Design. The latter came from a family of musicians, his grandfather having played in a jazz band at Harlem’s Cotton Club alongside Quincy Jones. Prodigy’s mother and father, too, were artists, the former having performed in The Crystals, who opened for Diana Ross and The Supremes, and the latter in the doo-wop group The Chanters.

Advertisement
Related Topics:Prodigy
Up Next