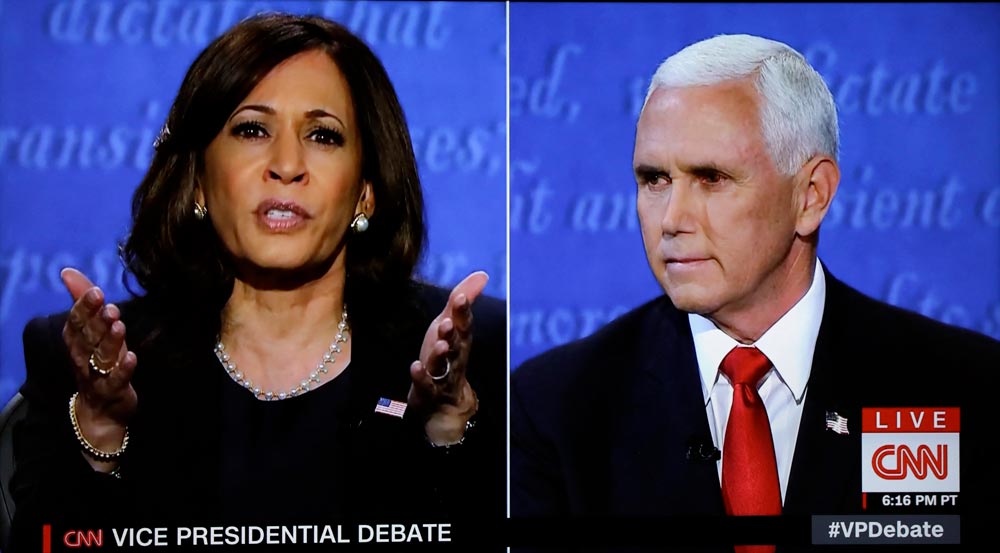 “The American people have witnessed what is the greatest failure of any presidential administration in the history of our country,” said Senator Kamala Harris in the 2020 vice presidential debate with Vice President Mike Pence.

View From Here
By David Mark Greaves
There is no more to say about Donald Trump. We are in a country run by an emotionally disturbed and dangerous man and the only way out is to vote him out and make it stick. He and the Republican party will inflict any amount of damage they can to the country if it helps them retain power. 210,000 lives loss and 310,000 or more by January. This is what he has cost us. Thousands of businesses closed across the country. Forever. In New York, over 4,200 children lost a parent or guardian to the coronavirus. Trump does not care. After getting sick, he says he says not to let Covid 19 “dominate you.” This from a man whose $750 tax payment did not cover the cost of his helicopter ride to the Walter Reed Medical Center, where a team of their best doctors, augmented by those from John Hopkins Medical Center, focused all of their expertise and instant access to the resources of the pharmaceutical industry, on his behalf.
Then, hopped up on steroids, he walks up to the White House balcony, whips off his mask, and poses like the Benito Mussolini-style fascist he wants to be. We have three-and-a-half weeks before the election, and maybe five weeks before we have the final results.
Voter suppression is the best Republican tactic they have and are leaning into it across the country. They understand with crystal clarity, the more votes that are counted, the less likely they are to win. We have to beat them with a massive turnout.
Former First Lady Michelle Obama, in a plea to the nation, said, “If you think things cannot possibly get worse, trust me, they can; and they will if we don’t make a change in this election. Search your hearts, and your conscience, and then vote for Joe Biden like your lives depend on it.”

“Triumph of the Human Spirit”