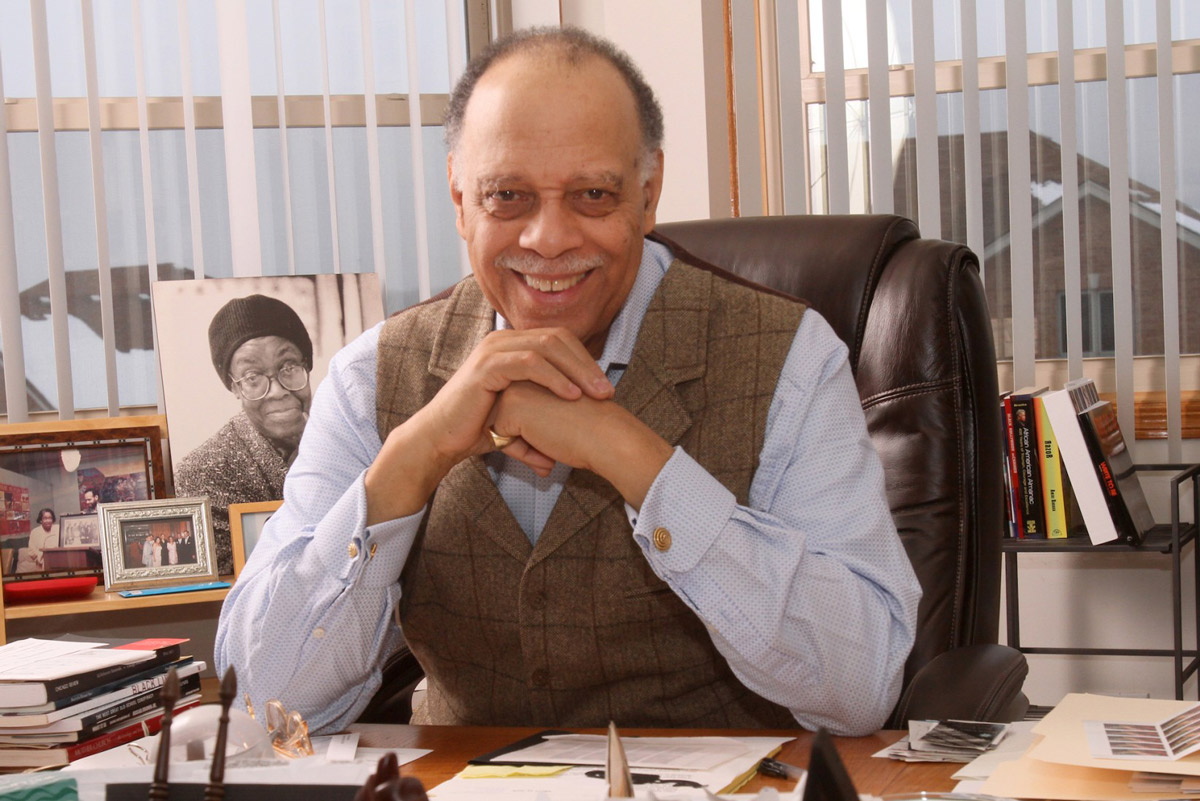 Dr. Haki R. Madhubuti, poet, author, publisher, and educator, is regarded as an architect of the Black Arts Movement and is the founder and publisher of Chicago’s Third World Press. Third World Press celebrates its 55th anniversary in September 2022.

Madhubuti has published more than 36 books, including Think Black (1967), Black Pride (1968); Don’t Cry, Scream (1969); and We Walk the Way of the New World (1970). His poetry and essays have been selected for more than 100 anthologies. His book, Black Men: Obsolete, Single, Dangerous? The African American Family in Transition (1991) sold more than 100,000 copies. The National Endowment for the Arts and the National Endowment for the Humanities has recognized his poetry, and he has won the American Book Award, an Illinois Arts Council Award, the Studs Terkel Humanities Service Award, and the Hurston/Wright Legacy Prize in poetry for Liberation Narratives (2009). His latest book, Taught By Women: Poems as Resistance Language, New, and Selected (2020), pays homage to the women who influenced him. Madhubuti is a recipient of the 2022 Ruth Lilly Poetry Prize.

At 14, he read Richard Wright’s Black Boy, which redirected his young life. Between 1960 and 1963, Madhubuti (then Don L. Lee) served honorably in the United States Army. From 1962 to 1967 and beyond, as a college student, Black poet, and political activist, he was initiated into Black consciousness by the work and example of Malcolm X. He was personally mentored by Margaret and Charlie Burroughs, Dudley Randall, Hoyt W. Fuller, Barbara Ann Sizemore, and the Pulitzer Prize-winning poet who was to become his cultural mother, Gwendolyn Brooks.
In 1967, Madhubuti founded Third World Press, the largest independent, Black-owned press in the United States. In 2015, the publishing house expanded its mission as the Third World Press Foundation. The Institute of Positive Education and Betty Shabazz International Charter School, which Madhubuti cofounded, operates three schools in Chicago. He was awarded the 2006 “Literary Legacy Award” from the National Black Writers Conference for creating and supporting Black literature and building Black literary institutions. Ebony magazine named Madhubuti one of the “150 Most Influential Blacks in America” in the field of literature, Chicago Magazine named him a “2007 Chicagoan of the Year,” and he received the President’s Pacesetters Award from the American Association of Blacks in Higher Education in 2010. In 2015, the Chicago Literary Hall of Fame presented Madhubuti with the Fuller Award for Lifetime Achievement.

Madhubuti received his fifth honorary doctorate from Knox College in May 2022 and was named University Distinguished Professor Emeritus at Chicago State University in May 2022.