Not Our President: New Directions from the Pushed Out, the Others, and the Clear Majority in Trump’s Stolen America
Advertisement

A Celebration of Women through Poetry

A Death and Abduction in Harlem 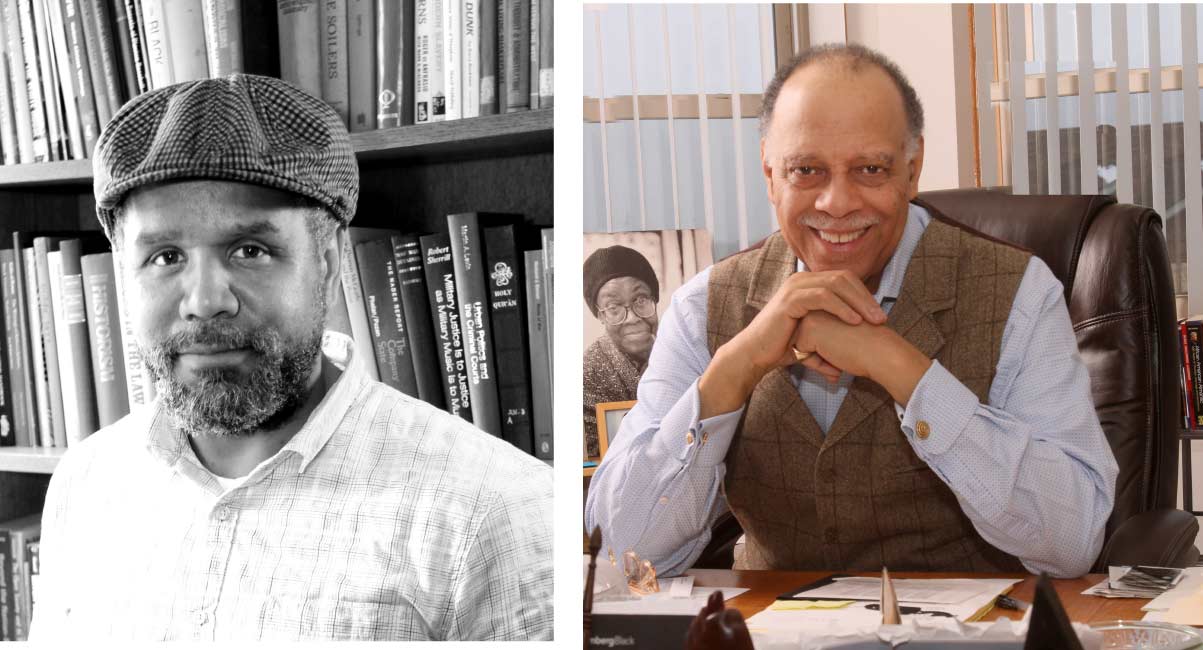 Haki R. Madhubuti and Lasana D. Kazembe published Not Our President: New Directions from the Pushed Out, the Others, and the Clear Majority in Trump’s Stolen America when Donald Trump, #45, became President. The anthology represents a “Call to Action” from scholar-activists, historians, journalists, educators, poets, and cultural workers who analyze the landscape that enabled Trump to be elected in 2016. They examine what the presidency of Trump will mean for this country and advocate for deliberate action. Trump is not in office now, but the lingering effects of the devastation to our country’s democracy generated during his reign remain with us. The need for action is ever-present. Number 45 has declared that he intends to run for President again.

Books written during #45’s presidency and immediately after that tend to fall into one of two categories: personal testimonies documenting the experiences of working with #45 directly and analyses of the impact of his presidency on politics, race relations, the economy, and international relations. These books address topics such as his handling of COVID-19; his attempt to ban Muslims; his racist statements regarding African countries; his unscrupulous responses to murders, protests, and riots; and his response to the January 6 insurrection. Writers, many of them journalists or staff with whom he worked, comment on his serial lying, his need for absolute loyalty, his attempt to discredit the legitimacy of President Obama, his use of anti-Semitic and derogatory language towards Black and Brown people, and his dysfunctional management of the White House.

Not My President takes a different approach in discussing the impact of #45’s presidency. Forty-three scholars, activists, and poets responded to a “Call to Action” from Haki Madhubuti. They include Jared A. Ball, Carl Dix, Gerald Horne, Maulana Karenga, Lasana Kazembe, Julianne Malveaux, Jessica Care Moore, Ishmael Reed, Michael Simanga, and Elizabeth Warren, among others. The anthology is divided into four sections: “The American Moment,” “The Optics of White Nationalism,” Examining America’s Body Politic,” and “Onward: Activating Critical Resistance.”
Cornel West lays the foundation for the introduction of this volume in the foreword, “The Trump Era: Hope in a Time of Despair.” He argues that those who have platforms as critical leaders and thinkers in this country have a responsibility to call out the inequities and atrocities in our nation. West states: “This is a moment for all seasoned warriors, intellectual warriors, spiritual warriors, moral warriors, academic warriors, athletic warriors across the board. . . . As warriors, we must be ready to become prisoners of hope, that is committed to integrity, honesty, decency, regardless of what the consequences are.”

The recurring themes in this volume reiterate this message. Bill Ayer notes: “This is a precarious, dangerous, and terrifying time and it is our responsibility to organize, act and transform our society.” Madhubuti states, “Trump hoodwinked, outfoxed, deceived, conned, and disrespected the American people.” It is clear, argues Howard Dodson, Jr., that the term “Make America Great Again” was widely understood to mean “Make America White Again.” Edmond W. Gordon reminds readers that the head of the US Senate openly stated his intention to immobilize and render president Obama powerless.
In discussing the history of racism in this country, Molefi K. Asante writes that racism dates back to American presidents such as Thomas Jefferson, James Polk, and Andrew Jackson. He provides an example of Trump’s racism by referencing his non-engagement with Africa as symbolic of the invisibility of Africans in the American imagination at a time when the fastest-growing economies are on the African continent. And Madhubuti asks, “If this is indeed a nation of laws, why do they function differently for the white rich?”

Juanita Davis cites an incident in northern Indiana where a prominent businessman was arrested by ICE. He and his neighbors are surprised because they are Trump supporters. Trump has, in short, attracted those who believe their voices are not being heard and who blame the post-recession foreclosures, doused retirement dreams, and lost pensions on the democratic administration. Their frustration is manifested and indicative of a need to create and cling to a common hatred and enemy. Davis references Umberto Eco’s book of essays, Inventing the Enemy (Houghton Mifflin, 2012), as an illustration of how this need to have an enemy is found in every country.

“Calls to Action” take varying forms in this anthology. Poet Nikky Finney in “The Good Fight Again” names the disingenuous lying and narcissism of #45 and states: “In the tradition of other great South Carolina women warriors, I will fight who you say you are from the mountain to the sea.” Writer and professor Daniel Ryan Davis, in the essay “Let’s Get Free: A Call for Hip Hop Activism in the Trump Era,” reminds readers that musical artists and cultural leaders serve as key political influencers and thus hip hop artists and rap generators have a unique opportunity to uplift and invest in the community. Hip hop artist Talib Kweli Greene in “Flesh on the Ground in the Trump Era” argues that we must show solidarity with marginalized groups and say no to mass incarceration, over-policing, and overcriminalization. He states: “I will put my flesh in these streets to do as much as I can.” Sandra Turner-Barnes, a poet and spoken word artist, states:
We must tell our own stories and teach our children the proud truth of our true
role and survival in America: Even though it seems sad, we must teach our
sons and daughters about bigots; prepare them to protect themselves and remain alert and on guard against evil mindset because they are the ultimate target.
Journalist and historian Herb Boyd shares how the Amsterdam News, one of the nation’s most prominent African American newspapers, will continue to do weekly editorials titled “ Make America Great Again: Trump Must Go” on its front pages. It is essential, he notes, to have a plan that will enable the resistance to the Trump regime to grow to millions.
This anthology’s scholars, poets, and activists provide clear evidence that the nation is in trouble. However, there is a way forward, and scholar-activists April Bernard and Sokoni Karanja inform us that “hope beckons as we see ourselves in the eyes of our children. Hope calls from the horizon with voices of the ancestors. . . . Hope knows that there is life after Donald Trump.”

Thus, this book is more than an analysis of #45’s presidency. It does what Asante emphasizes; “it is necessary to set the record straight so that information becomes available to large groups of masses that will understand how a white nationalist parading as a populist can be elected president in the United States.” The writers in Not Our President state the facts, set the record straight, and provide specific actions for moving forward and envisioning a future where they are, in the words of Cornel West, “prisoners of hope.”

A Celebration of Women through Poetry

A Death and Abduction in Harlem