“Harriet’s Return: Based upon the Legendary Life of Harriet Tubman”
Advertisement 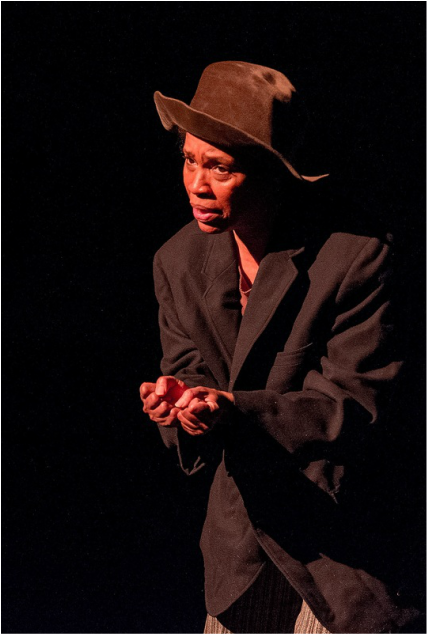 NEW YORK — At a time when the USA is waffling on its commitment to honor Harriet Tubman with her image on the 20-dollar bill, Woodie King, Jr.’s New Federal Theatre will present “Harriet’s Return: Based Upon the Legendary Life of Harriet Tubman,” written and performed by Karen Jones Meadows. The production takes audiences on a deeply personal, high energy journey into the private and public life of this famed Underground Railroad conductor, spiritual icon, revolutionary, and entrepreneur, whose life spanned nine decades and still influences the consciousness of people throughout the world.  The production is directed by Clinton Turner Davis and will take stage February 8 to March 4 at Castillo Theatre, 543 West 42nd Street.

Harriet Tubman, a diminutive (4’10”), illiterate former slave from Maryland, is the best-known conductor on the Underground Railroad. After achieving her own freedom, she made 19 journeys back to southern territory to lead enslaved people to the Northern states and Canada.  She led troops and missions during the Civil War, helped pioneer the women’s rights movement, and was recognized in her lifetime for her leadership in a male-dominated world.  An herbalist, nurse and entrepreneur, she acquired 25 acres of land in Auburn, NY when women and African-descended people were not “allowed” to do so.  She supported schools and hospitals and ran a boarding home for the needy and elderly.

Recently, there has been a wave of renewed interest about Tubman. In 2014, President Obama signed legislation clearing the way for the Harriet Tubman Home in Auburn, NY and another site with ties to Tubman in Cambridge, Md., to become part of the national parks system.  In 2016, actress Viola Davis was chosen to play her in an HBO film. The same year, the Treasury Department announced plans to replace Andrew Jackson with Tubman on the $20 bill.  But in August, 2017, Treasury Secretary Steve Mnuchin cast these plans into doubt, saying “It’s not something I’m focused on at the moment.”  Activists have hoped for the currency change to coincide with the 100th anniversary of women’s suffrage, in 2020.

Playwright/actor Karen Jones Meadows, an authority on Tubman in her own right, is pretty sure that Tubman would have stood above the fracas. Also, that Tubman would have been more interested in people understanding their economic power and rights than having her picture on the note.  “During the period of enslavement, there was a great injustice in the deprivation of financial education, resources and accessibility,” she declares.  This and other agonies tore at her as she wrote the play, working, as she relates, from the inside out.  “I’d bemoan the emotional savagery of digging through the period of enslavement–it would make my solar plexus so raw with feelings that my torso ached,” she wrote.  The play evolved, over a period of 24 years, into a piece that emphasizes the power of trusting your right to freedom no matter what is enslaving you and asserting there is no limit to what you can accomplish.