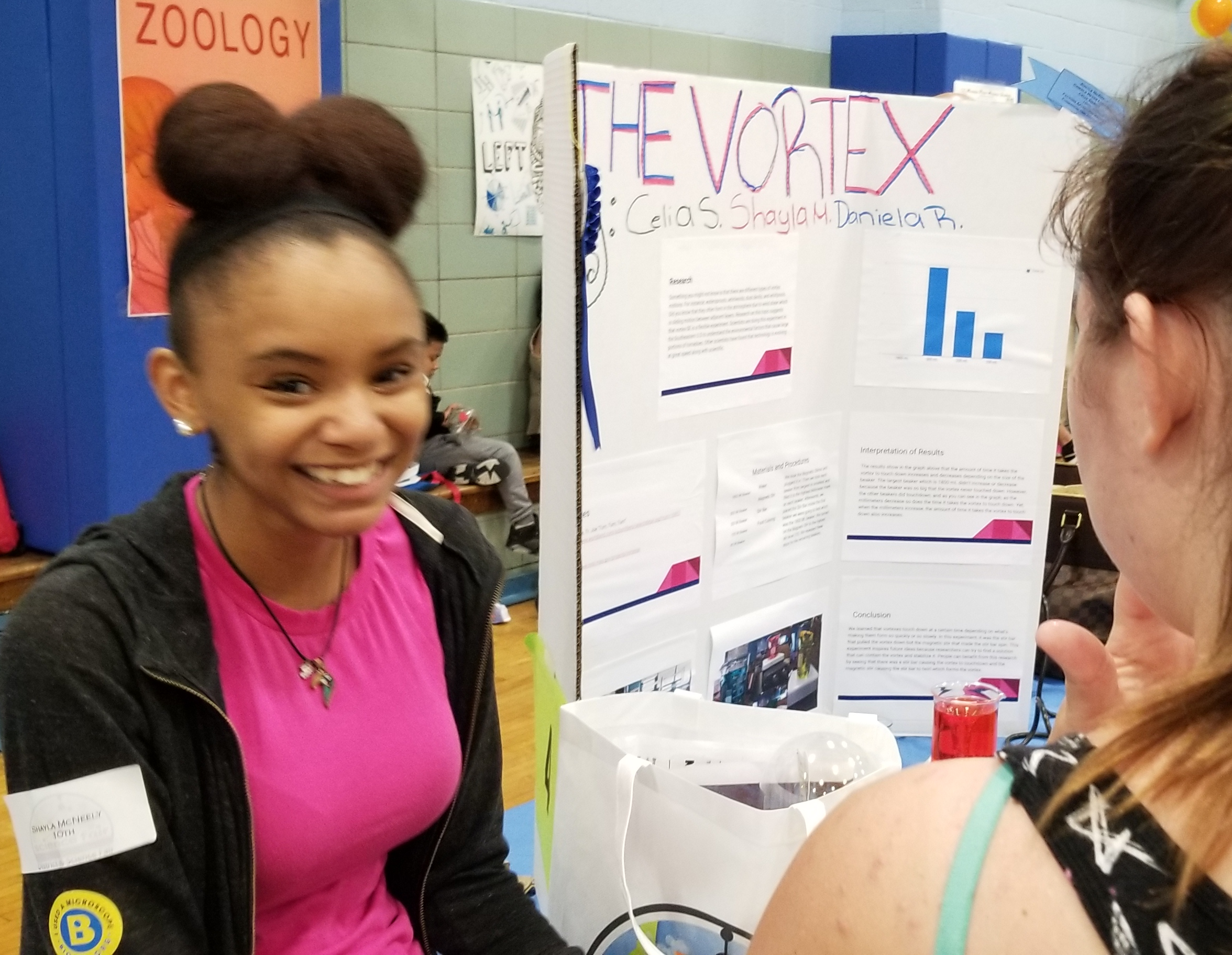 More than 60 exhibits were showcased at D16 Science Fair.

Have you ever imagined what it would be like if the world’s smartest individuals gathered in one area to share their knowledge? Well, wonder no more because this very moment was created on Thursday, May 31st, 2018 at Madiba Prep School in Brooklyn, New York! It was here where the District 16 Annual Science Fair was held. Through the doors of the school building was nothing but bright students and their even brighter science experiments. There were children that created their own hovercrafts using nothing but balloons and old CD discs. There were also students that built robots and created their very own crystals.

Every child, whether in elementary, middle or high school, had magnetic energy that allowed anyone to gravitate to their tables. At these tables, in addition to learning about the experiment itself, judges and spectators were informed about what made the student choose their particular project and what they learned from doing it. Their responses were precise and focused. Their passion was unmatched as their eyes lit up after every word they spoke regarding the experiments. District 16 continues to have a positive impact on the community. These science fairs give children an outlet to truly express themselves in such a positive way. Jeremiah Martin, Yeny Alvarez and Tracy Davis, former Bed-Stuy public school students, were a few of the many observers at the fair. They are living, breathing testimonies of the district’s efforts to ensure that every student has a strong academic foundation. When asked to expound upon the instructional imple

mentation of District 16 schools, Davis’ comment spoke for all three alums when he said, “It was a great experience. The program was very stringent, but the rigorous curriculum definitely helped in the long run. Overall, it was just an awesome system.” Awesome is also one of the many adjectives that can be used to describe such an eventful day!

Rediscovering Lost Values 2018- On the Road with 8 Scribemasters