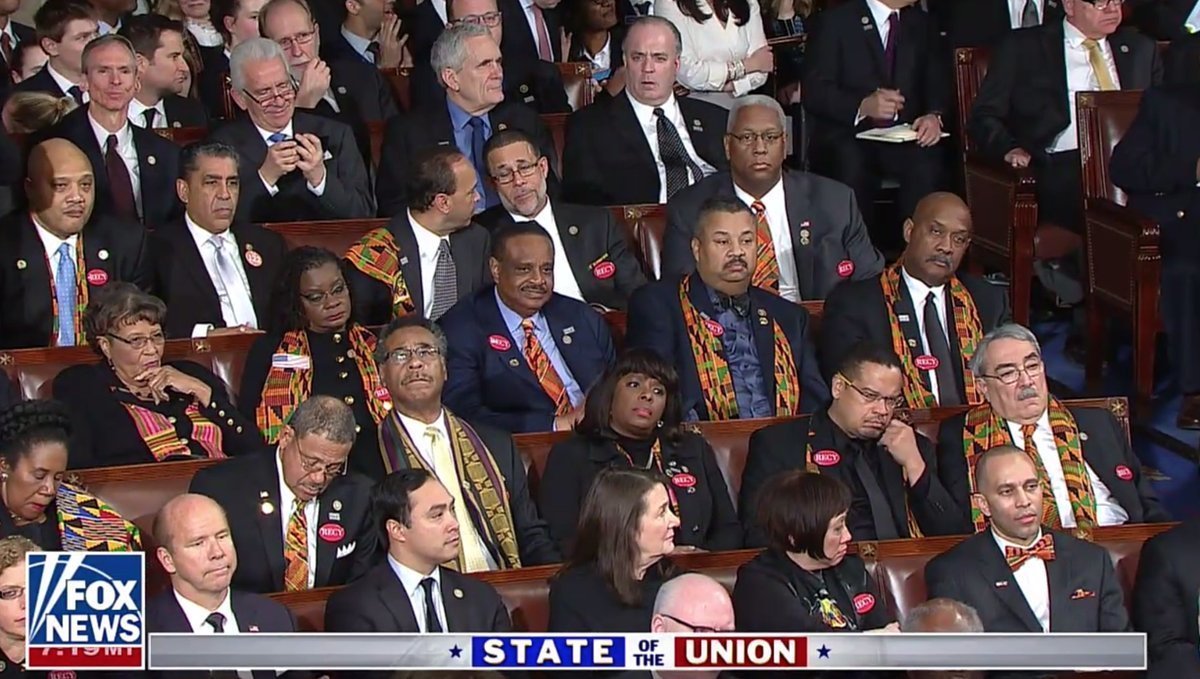 “Why would I take my time to go and sit and listen to a liar?” she said on MSNBC’s “All In with Chris Hayes” on Jan 12.

“I don’t appreciate him and I wouldn’t waste my time sitting in that House listening to what he has to say. He does not deserve my attention,” Walters added.

While several Democratic lawmakers like House Minority Leader Nancy Pelosi wore black in honor of the #MeToo movement, some powerful Dems exercised their right to boycott the address all together.

Here are the lawmakers who chose not to show up and stated their reasons early on:

“In good conscience, I cannot and will not sit there and listen at him as he gives the State of the Union address,” the civil rights leader told ABC News.

“I respect the office of the presidency,” Blumenauer said Friday, according to KPTV. “I’m not going back for the State of the Union address, because Donald Trump doesn’t respect it. He doesn’t tell the American people the truth. He acts to divide us.”

“At every opportunity, he’s disrespected me and individuals who look like me,” Meeks told MSNBC on Sunday. “I cannot respect him.”

“To go would be to honor the president and I don’t think he deserves to be honored at this time, after being so hateful towards black people and then black countries,” she told CNN, referring to Trump’s “shithole countries” comments.

Barbara Lee’s press secretary told KQED that Lee decided to miss the State of the Union even before Trump’s “shithole” countries comments.

“This president has gone beyond the pale, over and over again reaching new lows in his leadership of this country that I love,” Jayapal said in a statementpublished Jan 16. “I cannot and will not reward him as he pushes a self-centered agenda that hurts the district I represent, endangers our country’s struggles for unity and abdicates any moral authority that the rest of the world has accorded to America in the past.”

A spokeswoman for Sires told Nj.com Sires would skip the State of the Union “because many of his constituents are offended by the president’s rhetoric and behavior.”

“I cannot in good conscience stand silently by and watch generations of struggle for equal rights, for civil, human and voting rights, for the rights of women, for social and economic justice be undone from the highest office in the land,” Davis said, according to the Chicago Tribune.

“I will be boycotting President Trump’s State of the Union this year because I refuse to normalize President Donald Trump and his loathsome language and actions,” Schakowsky said in a statement on Jan 26. “The American people have been subjected to a year of racist, erratic, and divisive behavior from their Commander in Chief, and I refuse to accept that as the new normal.”

“We are watching the presidency erode before our eyes and I, for one, refuse to participate in pomp and circumstance that does nothing but normalize his egregious and hateful behavior,” Rush said in a statement. “This is a presidency that has been built on racism, stupidity, and lies, which has already wasted enough of America’s time and I will not waste any more of mine.”

Preening with No Meaning: The State of the Union Address

Words of Solidarity and Leadership Stir the Women’s March