On Gentrification: Property Heist of the 21st Century
Advertisement 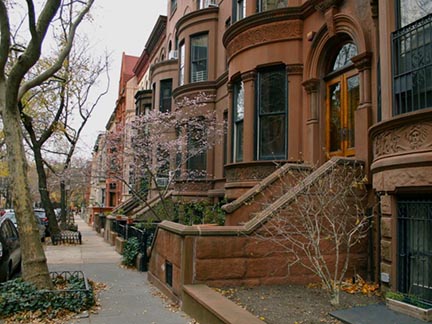 Gentrification is a weapon that has always been used by rogue rat racketeers.  The Merriam-Webster’s Dictionary defines gentrification as being “a process of renewal of deteriorating areas accompanied by the influx of the middle-class people and the mass displacement of the poorer residents out”.  The definition in itself suggests that there is something wrong with the process.  There are some of us who would even dare to defend the process by spinning a false narrative that this is a natural phenomenon of change and the legal right of passage of fair enterprising.

I say that it’s not legal, right, nor fair, but rather it’s a process that’s cruel, immoral and unethical.  It’s demonic in all its forms and uses.

It is a force change caused by unprincipled businessmen and unscrupulous investors and unsavory bankers, along with corrupt public officials.  It is used solely for the purpose of racketeering enormous profits and pillaging property.

These rogue rat racketeering gentrifiers have joined together to create the perfect storm for the purpose of pulling off the biggest property heist of the 21st century.   Gentrification is not new, it’s been used throughout the ages, from Columbus, the biggest mother _ _ _ _ _ _ of all the gentrifiers, to “Geronimo”, the greatest fighter of gentrifiers.

To those of you who might feel that they have benefited from gentrification, I say that I do not bore any ill will against you, for you too are a mere pawn in the overall scheme of things.

In 1955, the Hawaii public officials filed a petition with the Supreme Court on behalf of its citizens regarding the gentrification of communities.  The Supreme Court decided in favor of their petition.

I would suggest that our public officials follow the lead of Hawaii in that regard, and urge every concerned individual to give the local representative a call and to urge them to take appropriate and effective action to this menace.  Tell them that doing nothing is not a viable action because the cost that would come will be too high a price for any of us to pay.  Remind them that federal and state laws prohibit private ownership of all public land within the confines of city limits.  Remind them also that you consider safe affordable housing to be an inalienable right equal to life and liberty and that they have a responsibility to uphold and protect your rights.  Say to them to petition the Federal Government to use the law of the Eminent Domain to regulate fair rents.

In closing, I think it’s fitting to do it by echoing the words spoken by the late New York State Senator Robert Kennedy: “Few will have the greatness to bend history itself, but each of us can work to change a small portion of events, and in the total of all those acts will be written the history of this generation.”

I ask everyone to search your conscience and your heart to answer the question, what do you want history to say about your contribution in the fight against evil?

Advertisement
Related Topics:bedford-stuyvesantbrooklyngentrification
Up Next