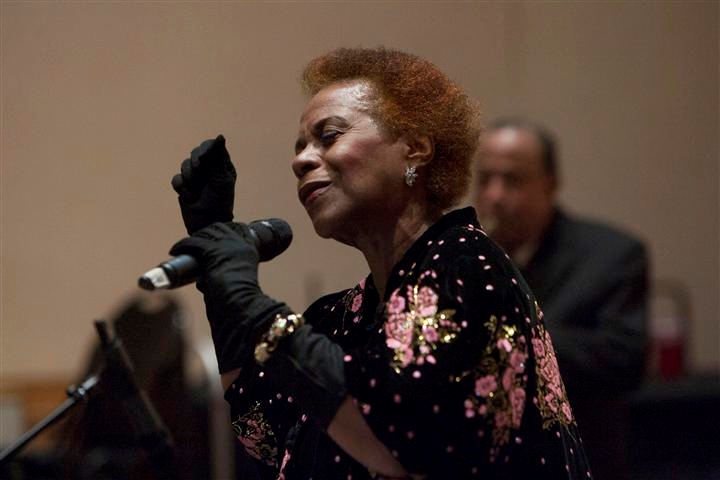 Jazz 966 Presents: the James Fleet Band Jazz 966, 966 Fulton St., 8PM, $25 (dinner included). Join Central Brooklyn jazz lovers and fans from across the borough as Jazz 966 welcomes the James Fleet Band. A lively good time is always to be had, courtesy of the organization that’s been hosting the greats and the new discoveries for decades.

Community Cops on Countering Police Brutality and Terror CEMOTAP, 135-05 Rockaway Blvd., so. Ozone Park, Queens, 2PM FREE. Father Lawrence Lucas will join community cop Michael Greys as they inform the community about how to survive unpleasant interactions with the police. This program is a “must attend” for anyone who has had an unpleasant encounter with police or who would like to have instructions on how to conduct themselves in the event that they become involved in a matter with the police.

A Spiritual Journey through Jazz

Conference Call: NYC Council Discretionary Fund Application 12:30 PM, FREE. The NonProfit HelpDesk presents a series of info sessions to assist those intending to apply for funding from their local elected councilmembers. The application is now available for fiscal year 2020 (July 1st through June 30th 2020). To be sure yours is filled out for optimal results, take advantage of the assistance. The call in number is 712-775-7031 and the meeting code is 776-764-598. Additional are available, including an in-person session. Call City Council staffer Jason Hur at 718-260- 9191 for information and assistance.

Public Advocate Debate Boys & Girls High School, 1700 Fulton St., 7-9:30PM, (doors open at 6, w a presentation at 6:30) FREE. The Vanguard Independent Democratic Association, Inc. presents a forum for the Brooklyn public to hear from those seeking to be the next public advocate when the special election takes place on February 26th. There are a history-making 23 people running, following Attorney General Letitia’ James’ vacating of the seat after to assume the new position she won in November’s general election. If you can attend, do your part and be an informed voter.

Disappearing Voices: Gentrification of the Media The Commons, 388 Atlantic Ave., 6:30-9:30, FREE. Come out to hear the points of view you may be missing. Speakers include Rosa Clemente, Afro-Puerto Rican journalist, political commentator, scholar-activist and 2008 vice presidential candidate; veteran journalist Glen Ford, executive editor of the Black Agenda Report; Native activist John Kane, host of WBAI-FM’s show, “Talk Back” and producer of the “Let’s Talk Native” podcast. Also see excerpts of the film, Disappearing Voices: The Decline of Black Radio. Hear what many WBAI supporters are saying that you will not hear elsewhere—and join the fight to challenge the corrosive logic that has taken away the people’s control of our airwaves.

Target First Saturday Brooklyn Museum 200 Eastern Pkwy, 5-10PM, FREE. Celebrate Black History Month and the closing of the special exhibition “Soul of a Nation: Art in the Age of Black Power.” Enjoy music by jazz percussionist Winard Harper and a performance by Brooklyn’s own phenomenal Toshi Reagon, an interview with Black Arts Movement photographer Ming Smith of the Kamoinge Collective, a screening of Mr. Soul about Ellis Haizlip and his iconic ‘70s TV show, a discussion lead by Shani Jamila on Octavia Butler’s idea of “primitive hypertext,” dance music, hands-on art-making and more! Some events are ticketed, (though free) so arrive early to get yours.

Book Talk: Let the People See: The Story of Emmett Till NYU Institute of African American Affairs, 6-8PM FREE. Come hear a lecture entitled “Emmett Till: Meaning and Memory” by author Elliot J. Gorn, Department of History, Loyola University of Chicago. For further info, including campus venue to be determined, contact the Institute at 212-988-2130.