The Effects of the Shutdown: A Government Worker’s Testimony
Advertisement 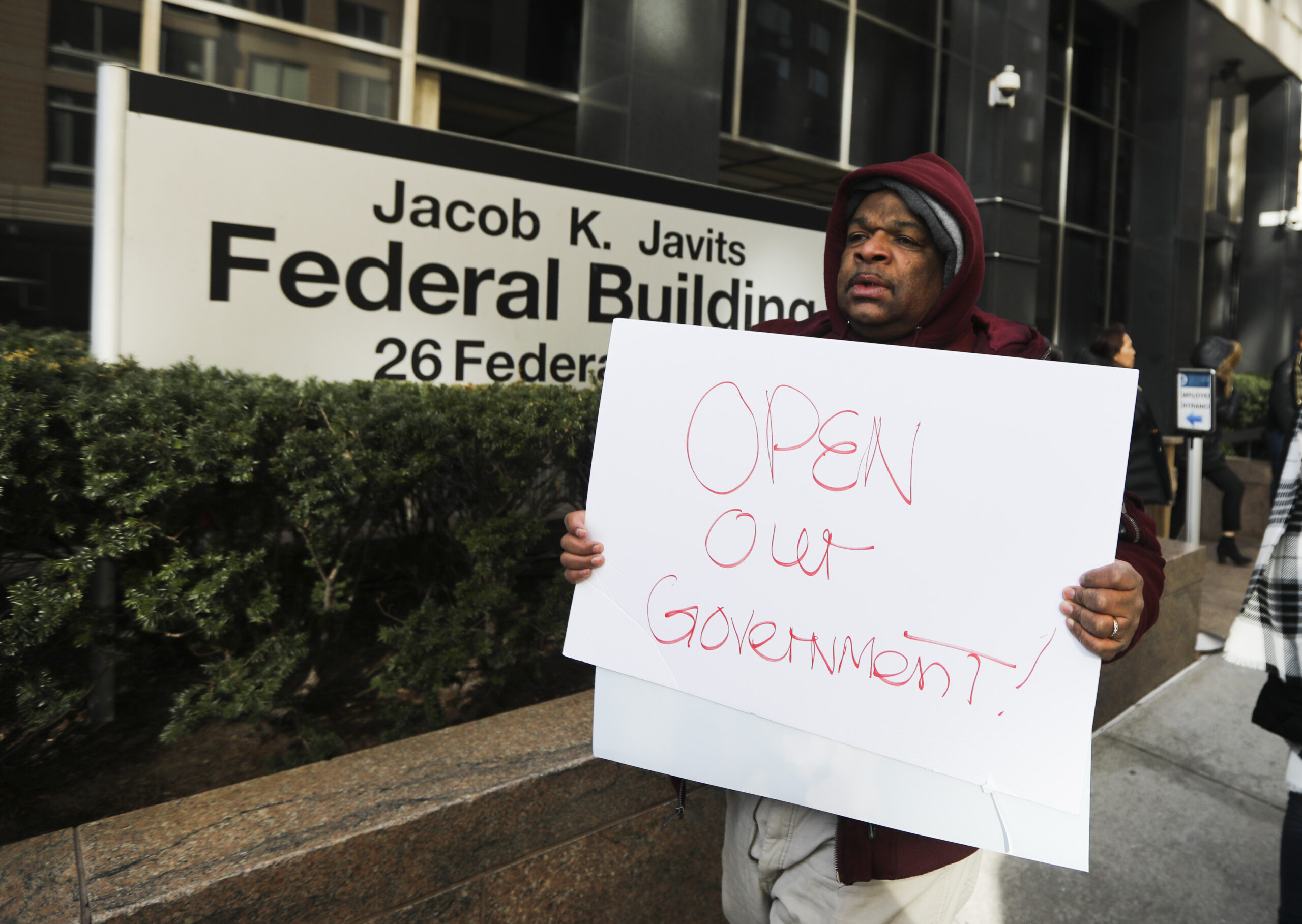 On December 22, 2018 our government went into shutdown for the second time in this Trump Administration. The deadlock focuses on Trump’s attempt to include $5.7 billion in funding for a border wall as part of a continuing resolution to fund the United States Government. As of this report, we are in Day 24 of the shutdown. Approximately 800,000 federal workers have been impacted by this shutdown, with over 420,000 of these workers being forced to work without pay.

Wanting to tell her story, one such federal worker reached out to us here at Our Time Press so that she could explain the effects of the government shutdown on her and her children’s life. Out of fear of losing her job, she has asked that she, her agency and her job title remain anonymous. Columnist Marlon Rice spoke with this woman and has provided the transcript of their conversation.

Marlon Rice: “How did you find out about the government shutdown and that you would be required to work without being paid?”

Federal Worker: “So, I found out about the shutdown from an e-mail. What usually happens is that the agency will send out e-mails briefing us, letting us know that it might be a potential shutdown whenever Congress meets and they decide not to fund the government. So, we did have time to brace ourselves, although we didn’t know at the time how long the government would be shutdown. As for working, we are considered essential workers, which means we have to go to work even though we aren’t being paid from the agency. This is my third shutdown on the job, but none of them have been as long as this.”

MR: “So, how does it work once the government reopens? Will you get paid retroactively for the time you’re working during the shutdown?”

FW: “So, what usually happens is that Congress has to decide and pass it into the bill that government employees will be paid after the government reopens. But you never know if they’ll pass it or how long it will take. You hope for the best, but you prepare for the worst.”

MR: “So, you currently rent your apartment, right? How is your landlord handling this?”

FW: “Well, I was able to pay rent for January. I have lived in the same apartment through all three shutdowns and my landlord knows what I do for a living, so he is pretty good at being understanding. If I’m not able to pay in February, he will work with me. But I don’t know what’s going to happen if this goes any further than that.”
MR: “Well, that’s good. But let’s talk about savings. Are you in a position where you are depleting your savings?”

FW: “Umm, yes and no. Of course, in a perfect world people say that you should have at least six months’ worth of savings. Unfortunately, most Americans aren’t able to do that. I personally try to save money from income tax and try to have a cushion but as life has it, sometimes you have to dip. So, we have little-to-no savings at this point. I have been able to make some phone calls and people have reached out to help, but as of now, we have little-to-no savings.”

MR: “Do your two children understand what is going on?”

FW: “I do try to explain to them as best as I could without scaring them that we might not be able to do everything we would normally do. If I want to do fun things with them now, I try to find things that are reasonable price-wise.”

MR: “How bad is it for some of your co-workers?”

FW: “So, first off, the stress level at work is superhigh right now. Some of them don’t have understanding landlords. Some of them have child support to pay. Some don’t have jobs on the side and are looking for additional work. And that’s tough because we already work 12-hour shifts. So now, this means if they are able to find additional employment that means less time with the family and added stress. People still have car notes to pay, mortgage to pay. I mean, it’s still early but it’s further into a shutdown than we’ve ever gone. People have to commute and pay gas and tolls to get to work. How are they going to continue putting gas in their cars or continue paying tolls to come to work when they aren’t getting paid? We are forced to come to work because we are essential. It hasn’t hit the fan yet, but it’s about to.”

MR: “How long do you think we have before there is a tipping point and folks stop coming to work?”

FW: “I would say about a month. It’s Day 24. The last check I received wasn’t a full check, there was one day missing. And then this last pay period we didn’t get a check. Like I said, savings are dwindling. Some of my co-workers, maybe both husband and wife, are working for the same agency and aren’t being paid. People got children in private school. So, there are many layers of stress, and it won’t be long before that stress takes effect.”

MR: “Last question. This whole shutdown is centered around Trump wanting the Congress to fund the border wall. At some point, in your opinion, who do you think should concede in this fight for the wall?”

FW: “Luckily for us, right now, because we are only in Day 24 and some people still have certain resources to support themselves, it’s not as drastic right now. But, God forbid, this would go on for another month or two months, people may really start to think that Congress should just give him what he’s requesting. I personally did not vote for Trump, but I’m still involved in this shutdown. At some point, Congress needs to understand, because they are still getting paid. And a lot of times they are completely out of touch with the plight of the little guy. So, I think that right now it’s okay for them to stand their ground as far as fighting against the wall because I can come up with tons of examples why a wall wouldn’t be effective. But when you have a person ‘dead set’ on getting it, and he’s willing to do whatever to get it, at some point you have to think about how bad it can really become for regular folk if you continue to fight him on it. And that’s sad. We shouldn’t be at this point.”