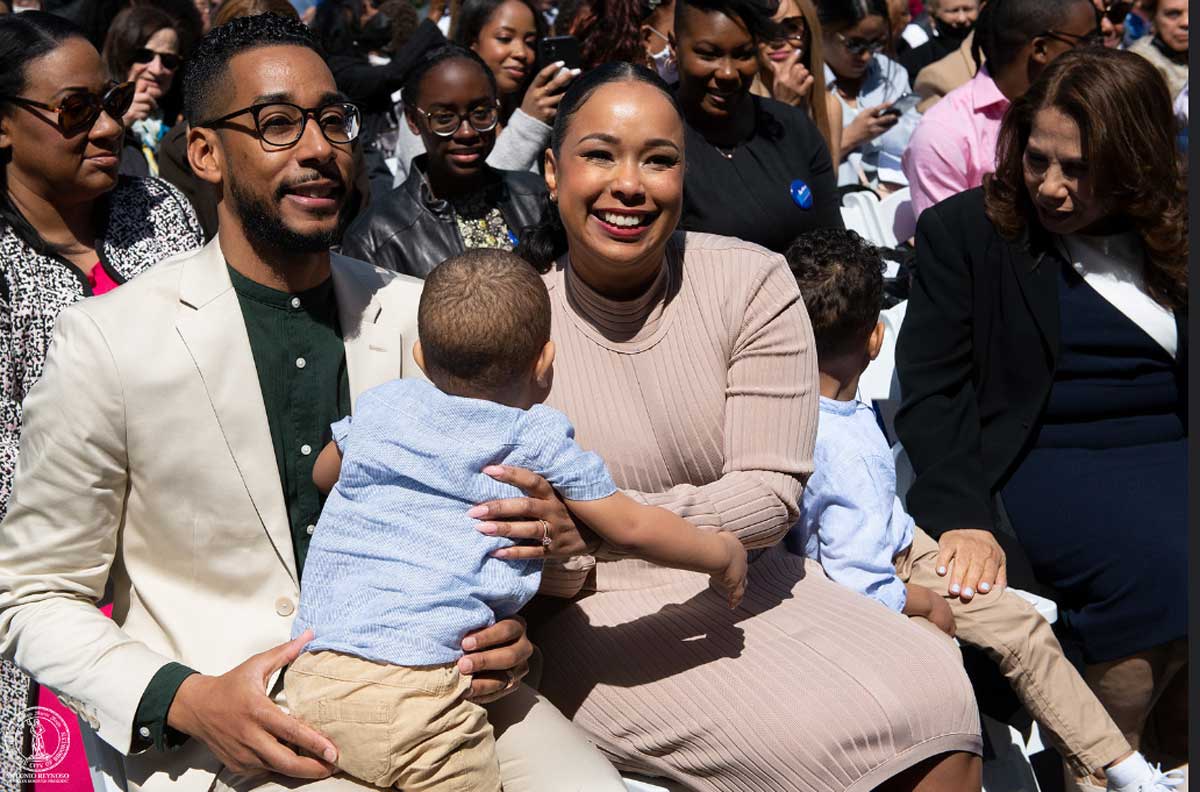 “It’s an honor of a lifetime to not only serve as the Borough President for the greatest place in the world, Brooklyn, but also to bear the responsibility of its future,” said Brooklyn Borough President Reynoso. “There is work to do in order to preserve Brooklyn’s culture and heritage, make it a safer, more livable place to raise families, and allow individuals to reach their definition of the American dream, but I’m confident that the team we’ve built will accomplish this and much more.”

This week, Reynoso also released his administration’s Transition Report, which outlines priorities, goals, and proposed strategies that will help guide and implement his vision for Brooklyn. Led by a representative group of leaders from throughout the borough, the report is organized into seven themes – Green Brooklyn, Equitable Brooklyn, Working Brooklyn, Creative and Cultural Brooklyn, Educated Brooklyn, Civically Engaged Brooklyn and Healthy Brooklyn.

A new Maternal Health Taskforce has been set up by Reynoso to reduce the racial disparities seen in maternal mortality and morbidity rates in Brooklyn. A NYC government study showed that Black women in New York City are 8 times more likely to die due to a pregnancy-related cause than white women.

The Reynoso administration intends to work closely with Brooklyn-based health care facilities in order to provide a significant increase in postpartum care and mental health support, while also supporting policies that increase the length of health insurance coverage for birthing people, and also facilitating the increase of midwives in maternity wards. He plans to use the majority of his office’s capital budget to upgrade the birthing facilities at Brooklyn’s three public hospitals.

Reynoso told Crain’s New York that he became “obsessed” with the issue after his wife gave birth to their first child four years ago at NYC Health + Hospitals/Woodhull. “My wife was having our baby and, at that point, was seven to eight times more likely to die during childbirth than a white counterpart. I just couldn’t believe that Black and brown women’s disparity when it came to childbirth was so high,” he said. “I also noticed that the amount of investment and work that was going into all of this—by elected officials, by government—was just incremental changes that weren’t making enough of an impact on saving women’s lives. State-of-the-art birthing centers are important, but also the marketing and educational component are important. I want to make Brooklyn the safest place for all women to have babies.”