No More Side Door
Advertisement 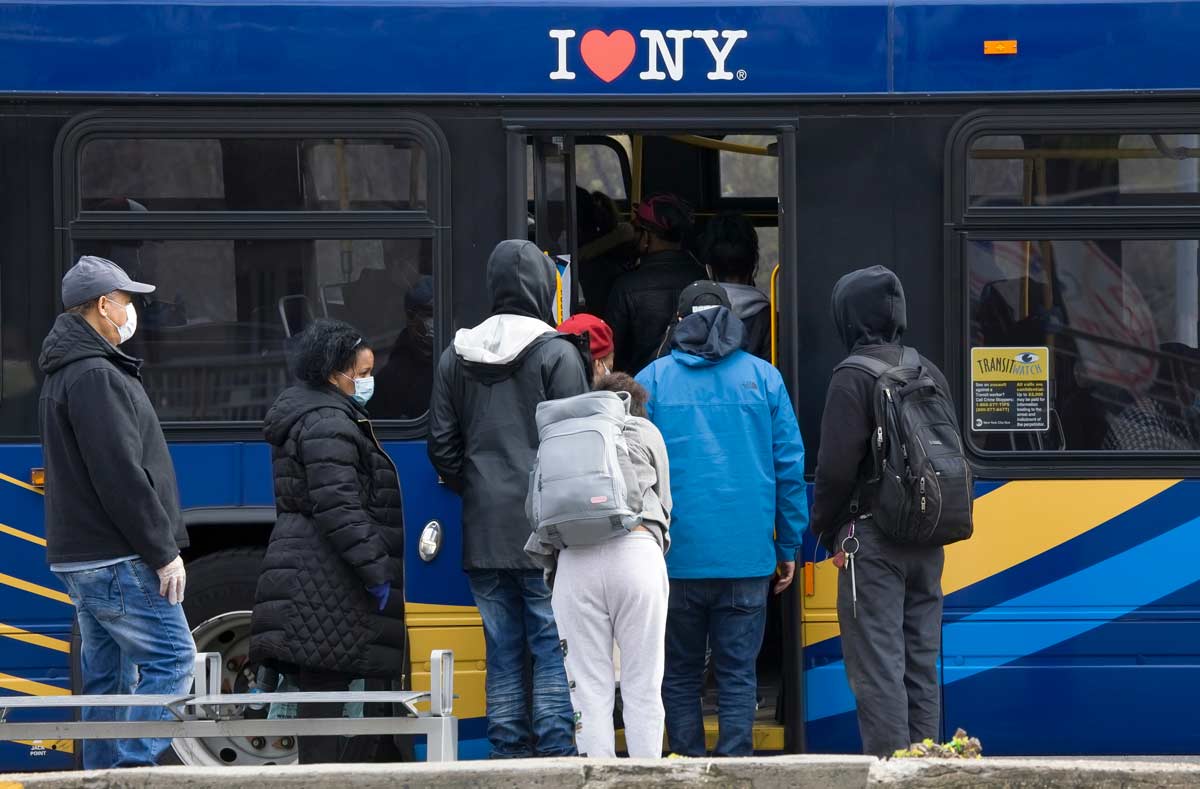 No more rear or side doors for boarding passengers on New York City buses. That’s the request of the MTA to city bus drivers. To stop fare beaters, the MTA wants bus drivers not to automatically open the back doors when passengers are boarding rear and center doors.

No more rear doors for boarding passengers on New York City buses. That’s the request of the MTA to city bus drivers. To stop fare beaters, the MTA wants bus drivers not to automatically open the back doors when passengers are boarding rear and center doors. The MTA said it’s losing $205 million annually on bus fare evasion.

The new policy is being directed to force potential fare beaters to enter through the front doors of the bus — and deal with the driver if they don’t pay. It also means bus riders will have to manually activate the rear and center doors themselves if they want to exit through them.

The new MTA policy was first reported by the New York Post and is part of a recent effort for the MTA to crack down on what it believes is widespread fare evasion on city buses. In April, MTA chair Janno Lieber announced the creation of a blue-ribbon panel to examine ways to reduce fare and toll evasion, which he said is now causing a $500 million shortfall on all MTA transits.

“The policy is intended to continue to offer customers easy exits while deterring fare evasion by reducing the time that rear doors are open while no one is exiting on local bus routes,” MTA spokesperson Aaron Donovan wrote in a statement on the rear-door orders. “All-door boarding on regular bus service is being implemented in conjunction with OMNY, where fares will be accepted at all doors.”

The Gothamist reports that the one exception is on Select Bus Service buses, where the MTA says it encourages rear door boarding because riders pay at a machine at the bus stop, not exclusively at the front of the bus. Those buses also have OMNY installed at all doors, which allows riders to pay at any bus door entrance as well. The MTA has installed electronic OMNY fare readers at the back of all local buses, but it hasn’t activated them. An agency spokesperson said the MTA hasn’t decided when to begin using the rear door devices, but it is available at the front of all buses now.

However, union leaders are cautious about the new rear door policy. The union is stating that at a time when assaults on transit workers are rising, this rear door policy sets up a potential for confrontations between drivers and fare beaters,

“We don’t want to get in the middle of trying to collect fares, because all that leads to is fights and assaults,” TWU Local #100 Vice President J.P. Patafio told WABC-TV News. “And we don’t want any assaults on bus operators.”