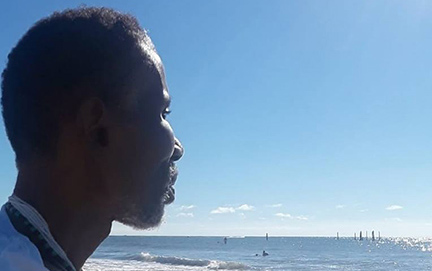 “When you control a man’s thinking you do not have to worry about his actions. You do not have to tell him not to stand here or go yonder. He will find his ‘proper place’
and will stay in it. You do not need to send him to the back door. He will go without being told. In fact, if there is no back door, he will cut one for his special benefit. His education makes it necessary. The same educational process which inspires and stimulates the oppressor with the thought that he is everything and has accomplished everything worthwhile depresses and crushes at the same time the genius in the Negro by making him feel that his race does not amount to much and never will measure up to the standards of other peoples. The Negro that’s educated is a hopeless liability of the race.” Carter G. Woodson–“The Mis-Education of the Negro”

The people of Central Brooklyn represent one of the most powerful African villages in the world. The intellectual genius in Bedford-Stuyvesant is unparalleled. I recently attended a concert at 966Jazz to see the great pianist Randy Weston. Our children and many adults are not familiar with his legacy or his music. Of course, we have had access to one of the world’s most brilliant educators, Regent Adelaide Sanford, who made her mark in Bedford-Stuyvesant as Principal of P.S. 21. This school remains the top school in District 16. Then there is Chief Bey, Rev. Gardner C. Taylor, Rev. William Augustus Jones, Jitu Weusi, Al Vann, Sonny Carson, Solly Walker and Viola Plummer.

Also remember Frank Mickens, the Chancellor of Fulton St. Have you ever wondered why his talent is not further utilized in a system that is out of control? He knows our kids perhaps better than anyone in N.Y.C. He is also a great motivator of our youth.
Our children live among spiritual, artistic and intellectual giants, kings, queens and freedom fighters… so, why are our schools failing? These persons have all made tremendous strides towards advancing our peoples’ plight. We must take advantage of the collective genius in our communities to make our schools work.

I am calling for a Renaissance. Renaissance is defined as a movement or a period marked by a revival of rigorous artistic, humanistic and intellectual activity. We must create an educational movement that is African-centered and focused on awakening the consciousness of our people.

I want to thank all those who participated in the first Woodson Education Forum. I want to acknowledge Assemblyman Roger Green’s participation in the forum. This was his first opportunity to reveal his ideas for a new school governance structure to the community at-large. The dialogue that took place at this forum was perhaps the most substantial educational discussion that has taken place in this community in a very long time.
It is clear that Our Time Press needs to become a weekly publication. So much has happened in the field of education since the last issue. Dr. Adelaide Sanford, our Regal African Queen, was denigrated in the press. A vicious media campaign was launched against her to deny her just appointment as Chancellor of the New York State Board of Regents. Dr. Sanford is currently Vice Chancellor and due to her seniority and qualifications, should have been appointed Chancellor when the position became vacant.
During this same period, Councilman Charles Barron was also attacked in the press for deeming Mayor Bloomberg’s comments regarding African-American and Latino parents as racist.

Bloomberg stated that, “These parents fundamentally don’t know how poor of a job schools are doing on their kids. They are denying them a right to participate in the American dream.”

These comments by Bloomberg were in response to a Marist poll where Black and Latino parents overwhelmingly voted against Mayoral Control of our schools. I guess he thought the opinions of our parents were not valid. Certainly, parents are aware of the failure of schools to educate our children.

The Board of Education released reading scores, which again, confirmed the disproportionate failure of Black children in comparison to white students. Additionally, the UFT warns of a strike of their teachers who have worked without a contract for close to two years. Mayor Bloomberg proposes cutting the budget of these failing schools by 353 million dollars. He continues to demand total control of the school system–abolishing both the Central Board and all local Community School Boards. Our parents see education as a community property that should be controlled by the community and not the mayor.
Amidst all of the chaos and confusion regarding education, this period gives us tremendous possibilities to finally build an education movement. The Renaissance Movement to educate our children is both cultural and spiritual. We must see every child as a divine creation of God with unlimited potential. This is a historic moment and we must seize the opportunity to organize our Renaissance in Bedford-Stuyvesant and Central Brooklyn.

At this stage in our journey towards liberation the response must be more than emotional support. It has to go beyond shouts of, “Fired up, can’t take no more” and “No justice, no peace.” Both Councilman Barron and Dr. Sanford are freedom fighters and understand Professor Derek Bell’s thesis on the “Permanence of Racism.” We must come to the aid of our leaders who are standing up in our behalf; however, the greatest support that we can give to them is to build a movement to educate our children.