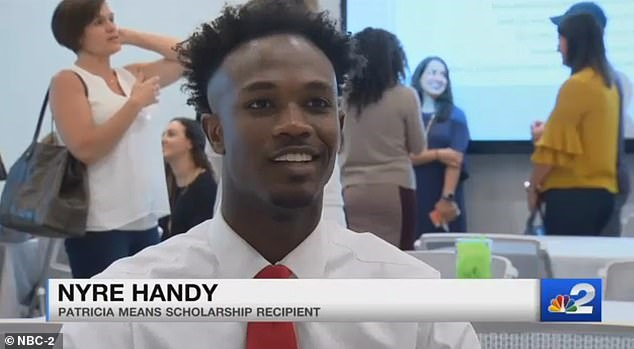 A teenager who was born in prison and spent the first 14 years of his life bouncing from care home to care home before finally being adopted has won a $40,000 scholarship to study at Florida Tech.

A talented football player, Nyre Handy, 19, moved his adoptive parents to tears when he signed his letter of intent to play for the college team, having only picked up a ball for the first time five years before.

And their pride was doubled when Handy won the Patricia Means Scholarship, given out by the Southwest Florida Community Foundation, which will go towards his college tuition.

To win the scholarship, the 19-year-old submitted essays that were reviewed by moderators who finally decided he was the most worthy of the lucrative prize.