NO MORE RINGS AROUND IT: GAGE & TOLLNER, COMING BACK, NEVER REALLY LEFT
Advertisement 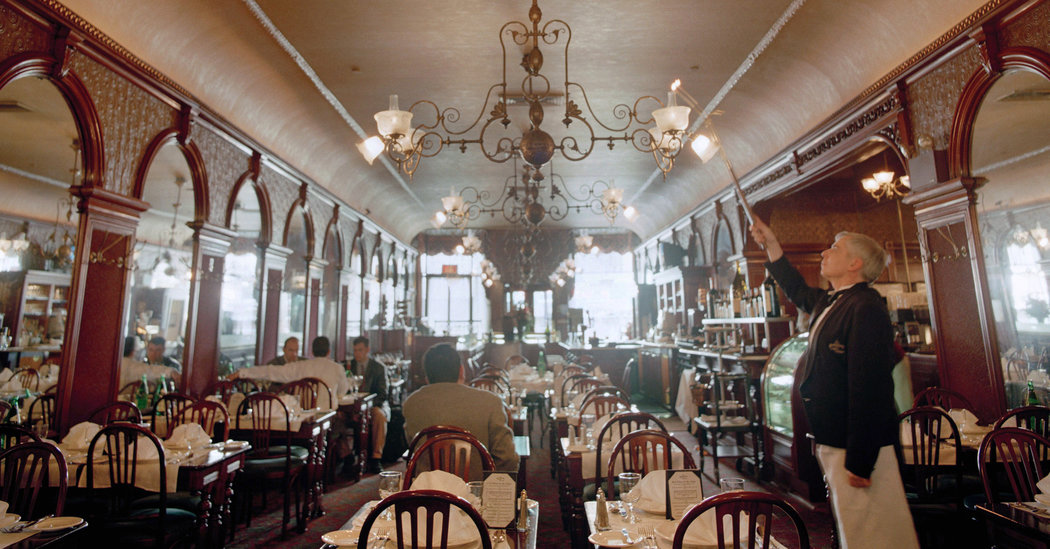 Born in Downtown Brooklyn 140 years ago, the missed Gage & Tollner Restaurant had called 372-374 Fulton Street Italianate-style brownstone home since 1892.  The building was designated a NYC Landmark in 1974 and 8 years later placed on the National Register for Historic Preservation. It closed in 1995 due to slow traffic. Eventually, its cherry-framed mirrors gave way to sheetrock and its mahogany tables were replaced by the seating styles of fasties TGI Fridays, then Arby’s. Later, a discount store offering costume jewelry and leather coats moved in, with a palm reader or hair/nail salon occupying the upstairs. Now, thanks to ambitious restaurant investors with a half-million dollars from an online fundraiser, the former elegant house of chops and oysters returns this fall. But it’s not a full rehab, according to our readers who gauge these sorts of things. Apparently, the once-popular dining spot never departed. Several years ago, they discovered original fixtures behind fake wall structures; the bathroom basically was intact and the hanging coats never fully hid through remnants of the kitchen.  (BG)