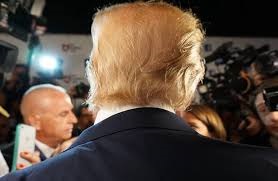 The worst impulses of spirit that caused the horrific massacre in Las Vegas, killing 58 people and injuring 489 more, was countered by revealing the selfless and heroic response of everyday people and the professionalism and teamwork of the hospital trauma unit and first responders. They represented the best in us in the face of heavily armed terror.

The images of the legal weaponry with illegal modifications scattered around the hotel room looks like something fit for a war zone, and yet, if history is any guidance, there will be absolutely no gun control response, except perhaps postponing the bill and allowing the purchasing of silencers, the only item (thankfully) missing from the shooter’s arsenal.

We are all told to be surprised by the ordinariness of the shooter, a 64-year-old, retired accountant. A white male, quiet, worth a couple of million, liked to gamble, lived in a retirement community. Being not Black or Brown or religiously impaired, MSNBC’s Christopher Hayes called his behavior “resistant to meaning”, because it fits none of the convenient profiles of someone placing no value on human life.   And yet he does fit a profile, because he is not unlike people we see every day; the difference is that they are able to work in the open and indulge their pathology as well. Take the Secretary of the Environmental Protection Agency, climate change denier Scott Pruitt for example. He is systematically destroying or disabling every environmental regulation he can. All the science says those actions lead to flood and famine, mass migrations, storms and death, but he does not care about the science because as the definition of a sociopath says, he “lacks a sense of moral responsibility or social conscience”, although he seems like an ordinary guy.

However, Pruitt is only one example of the many such people being placed throughout this administration and the adage “a fish rots from the head” has never been more true than now. Every utterance he makes proves Donald Trump to be a man in deep emotional distress, a sociopath unfit for the office he holds. The most current examples, and this is only in the last week, begins with him blaming San Juan Mayor Carmen Yulín Cruz, who was wading in waist-high water to help people, for being “nasty” to him when she begs for help for the island’s 3.5 million American citizens.

And then, setting the U.S. Virgin Islands aside entirely, on his day-trip to Puerto Rico he left no opportunity to congratulate himself to say what a great job the administration is doing and how much everyone thinks he’s doing such a great job. He goes on to say how Hurricane Maria was not as bad as Katrina because fewer lives were lost. And when speaking to community leaders, people trying to deal with the devastation he says, “I hate to tell you Puerto Rico, but you’ve thrown our budget a little out of whack,” driving Mayor Cruz to say, “I would hope that the President of the United States stops spouting out comments that really hurt the people of Puerto Rico because rather than commander in chief he sort of becomes miscommunicator in chief.”

Speaking about miscommunicating, the NY Times reported that he tweeted the following with nuclear war implications: “I told Rex Tillerson, our wonderful Secretary of State, that he is wasting his time trying to negotiate with Little Rocket Man,” Mr. Trump wrote, using the derogatory nickname he has assigned to Mr. Kim. “Save your energy Rex,” he added, “we’ll do what has to be done!” This is not a well man who can only be made to sound sane when he is reading from a teleprompter. Otherwise, he grabs some words and tells us what is on his mind and his staff, the citizenry and nations around the world shudder and Republicans in Congress hide.

We can only hope that Robert Mueller hurry and indict the President and hopefully flush out the Republicans to impeach and rid us of this dangerous man. I know that leaves us with Mike Pence, but sometimes the devil you know really is worse than the devil you get.

View From Here: 20th Anniversary of the Million Woman March