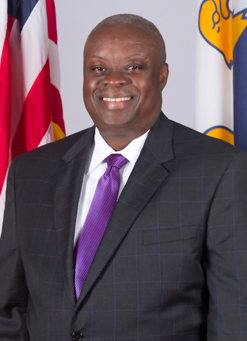 NYC/NYS power politics addicts should read Crain’s NY magazine essay, “A Tale of Two de Blasios”, by Greg David, which is an anatomy of Hizzoner’s first term with a breakdown of his policy hits and misses which explains his popularity, or lack thereof, with certain constituents. Columbia Professor Ester Fuchs asks: “Why Would the Mayor of the City engage in a fight with the Governor, who holds all of the structural power?” Piece covers the waterfront of NYC/NYS business.

Will US territories Puerto Rico and the US Virgin Islands be President Trump’s Caribbean version of Katrina. The world’s eyes are poised on the White House and its inability to provide recovery aid to Puerto Rico and the USVI during the aftermath of two Category 5 hurricanes, the worst ever regarding devastation. FEMA and the Army Corps of Engineers’ recovery response to those islands are inadequate, two weeks after Irma and Maria.  Ships with supplies sit idled on PR docks, unable to move cargo to areas of great need.

What happened to fabled FEMA, the American disaster warrior (usually) with a capacity to navigate all manner of damaged terrain?   TV networks in PR show the slow levels of PR recovery, mostly in cities. There are zero optics on the USVI – St. Croix, St. Thomas, St. John and Water Island – which is alleged to be in ruins. USVI is predominantly Black-populated? We know that almost 2000 USVI homes are without roofs since the storm and that Trump will not visit the area after his Puerto Rico tour on Tuesday. USVI Governor Kenneth Mapp will meet Trump in PR to discuss the level of devastation in his islands.   Texas and Florida got rapid responses to their post-storm recovery. Why not PR and USVI? Puerto Rico is a land of 4 million people, and the combined USVI population is about 105,000.   Is recovery slow because affected islands are populated by people of color?

Read the Fortune magazine essay, THE BLACK CEILING: “African-American Women are Rising Through the Corporate Ranks – Just Not to CEO Jobs”, plus “Here’s What It Will Take to Get Them to the Corner Office” by Ellen McGirt. Piece runs the gamut, interviewing everyone from Ursula Burns, former Xerox CEO/Chair and first Black woman to make the Fortune 500 list to Ann Marie Campbell, Home Depot EVP to Carla Harris, Morgan Stanley’s Vice Chair, Wealth Management to Mellody Hobson, President of Ariel Investments, a Black-owned company….and many more. Tiffany Dufu, Chief Leadership Office of LEVO, says that Black women need mentors to help navigate “the culture of unspoken expectations”. Burns, an engineer by training, whose one job at Xerox, enthuses: “The juice lies with people who are close to the product and the money.”

According to BlackTechWeek and NerdWallet, the Top 10 Cities for Black Business in the US, in cities with more than 100,000 residents, are:   1. Memphis, Tennessee; 2) Montgomery, Alabama, which boasts the highest percentage of Black Businesses nationally; 3) Atlanta/Sandy Springs/Marietta, Georgia; 4) Washington, DC/Arlington/Alexandria, Virginia; 5) Savannah, Georgia; 6) Baton Rouge, Louisiana’s petrochemical industry with the 4th-largest refinery in the USA and the 10th-largest in the world; 7) Durham, NC; 8) Baltimore, Maryland; 9) Miami/Fort Lauderdale/Pompano Beach, Florida; and 10) Richmond, Virginia, alleged birthplace of Black capitalists.

The On Stage at Kingsborough, an organization located at Brooklyn’s Kingsborough Community College, kicks off its 2017-2018 season on October 13 with the “Jazz at The Lighthouse” series, presenting Eddie Allen and his six-piece ensemble who will perform a swinging tribute to icon American jazz legend Louis Armstrong. Twitter: On Stage at KCC, Facebook: OnStageKingsborough.

FILM/TV: Thirty years ago, Spike Lee unspooled his independent film, SHE’S GOTTA HAVE IT (SGHI).   The Netflix TV Network will revive SGHI, the multiple close encounters of Nola Darling, a Brooklyn African-American woman and her three lovers, as a TV series in 10 episodes with Lee reprising his directorial chores.   The SGHI TV series begins on Thanksgiving Day.

On September 27, the Schomburg Center hosted a tribute to Sonny Rollins, tenor saxophonist/composer and jazz master, which included music by the Braxton Cook Quintet; a photo essay by John Abbott, who worked with Rollins for 25 years; and remarks by Rob Crocker of WBGO Jazz Radio. The Braxton Cook musical tribute was almost a total Rollins immersion – lots of bebop and ballads – ending the set with Rollins’ beloved “St. Thomas”.

The Africa Center presents TOP OF THE MILE Community Day in partnership with El Museo & Museum of the City of NY on October 14 from 11 am to 6 pm at 1280 Fifth Avenue at 110th Street, Harlem.   The family-friendly Community Day boasts megadoses of African culture and its Diaspora. There will be food trucks and tastings, an art and fashion installation, children’s activities, African music and live performances, and a Harlem Vendors Expo.

The Africa Center was launched in 2013 as a venue which would be the epicenter of African business and culture in the USA. African-born billionaire Mo Ibrahim was associated with the new Africa Center. His daughter and Chelsea Clinton served as the organization’s first co-chairs.   Last year, Nigerian billionaire Alike Dangote and the Dangote Foundation took over the helm at the Africa Center. His daughter, Halima Dangote, is the Board President. [Visit  Theafricacenter_communityday.com]

A Harlem-based management consultant, Victoria Horsford can be contacted at Victoria.horsford@gmail.com.