Why Omarosa is Invited to My Cookout
Advertisement 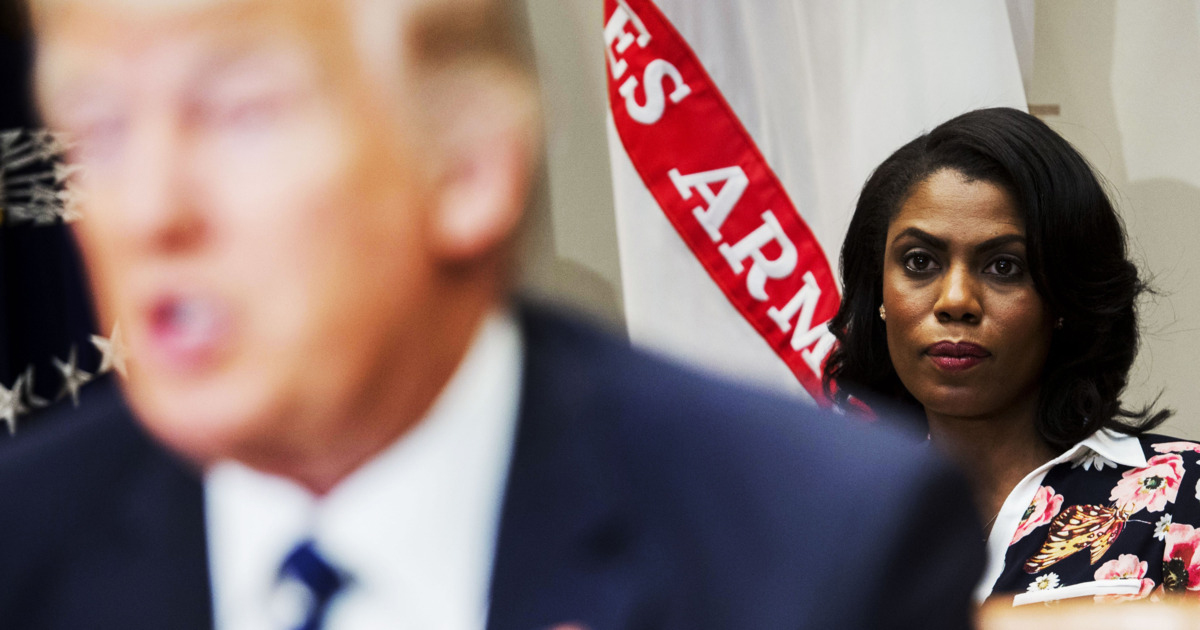 A farmer, on a cold winter’s evening, happened upon a snake freezing in the grass. With consideration in his heart, the farmer picked the snake up and carried it home to sit next to him near the fire. As the snake sat with the farmer near the fire, he began to feel better. As soon as he felt like his normal self, he bit the farmer’s leg. With poisonous venom running through his body, his life surely over, the farmer asked the snake, “Why did you bite me after I saved your life?” Without emotion, the snake replied, “You knew who I was when you saved me.”

If you’ve watched any of “The Apprentice” franchise of shows, or “Celebrity Big Brother,” or if you just have a working knowledge of popular culture, then you know who Omarosa is. The scowl, the attitude, the cold poise, the crafty wickedness, Omarosa branded her on-screen personality as that of a snake. “TV Guide” once included her in their list of the 60 Nastiest TV Villains of All Time. Her mix-ups with Piers Morgan and LaToya Jackson are the stuff of legend.

Omarosa and her persona garnered Donald Trump’s show “The Apprentice” an awful lot of attention. Truthfully, if not for her and Randall (“This isn’t the Apprentice”) Pinkett, maybe “The Apprentice” doesn’t become the pop hit that it did. Like the farmer, Trump was satisfied having Omarosa the snake in his garden. Watching her devouring the other mice contestants made for great television. Over and over again, Trump would bring Omarosa back to the franchise; she was on “The Apprentice,” and then “Celebrity Apprentice,” and then he even created a show for her called “The Ultimate Merger.” There is no doubt that she was the most valuable piece of his “Reality TV” administration.

That’s why he brought her along for the ride, because he knew who she was. Except, this wasn’t the soundstage of reality television. This was the real-life world of politics. The stakes were bigger than being crowned winner. There was a whole lot more on the line, and if Trump didn’t realize that, Omarosa sure did. She knew the man she was working for. She knew what he liked. Staying in character garnered her a position as a Senior Aide in his administration. She was making more than any other Senior Aide. She was his favorite. You spend enough time with a person and you can anticipate their likes and dislikes, know what buttons to push, and most importantly, you learn their flaws.

The truth is that Donald Trump created a zoo in the West Wing, bringing people together as if this was the new season of “The Apprentice;” content to let them duke it out with one another while he drank gallons of Diet Coke and watched old episodes of “Three’s Company.” Omarosa knows an impending disaster when she sees one, and with an eye always to the next come-up, she began recording conversations and jotting notes, knowing that this day would come and her book deal would be seven-figures-long. A lot of people don’t know that this wasn’t Omarosa’s first time working the political game. In the late 90’s, she worked in the office of Vice President Al Gore. According to the Office Administrator Mary Overbey, Omarosa was the worst hire they ever made, ever. From there, she was transferred to the Commerce Department. The administrator there is quoted as saying that Omarosa was “unqualified and disruptive.” Ironically, it seems that her past work experience made her very qualified to work in Trump’s Administration, where everyone seems to be unqualified and disruptive.

See, you guys had everything twisted. Omarosa wasn’t some self-hating bed wench for Trump, making his pancakes in the morning, stroking his ego on command. That’s what you guys thought. No, Omarosa was always playing a role. She was who Trump needed her to be when he needed her to be. In some sick way, she found out how to serve as a reflection of his ego. She was no-nonsense and cutthroat, attributes that he likes to portray. So, he kept her around because she made his story more believable. But she never believed it, even when you thought she did. And now he’s been bitten by the snake he bought into his house, and he’s all on Twitter ranting and cursing the fact that she bit him, calling her names like lowlife and dog, which, by the way, only serves to reinforce her claims about him. And she’s on every station teasing the tapes and the allegations so that people will purchase the book. She doesn’t care what happens to him because he knew who she was when he bought her inside.

Omarosa played Trump at his own game and made herself a small fortune in the process. You don’t have to like her, but you gotta respect her will to survive at all costs. So, yeah, she’s invited to the barbecue. She doesn’t have to bring any food though, because you never want to eat anything a snake offers you. I learned that from Adam and Ev

Will We Ever Forgive the NFL?

A Ban for the Birds