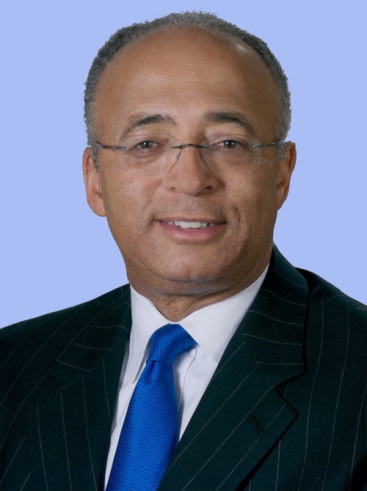 HARLEM, NY: The 2/14 Special Election and its ramifications. Political pundits foresee a strange, powerless period for Central Harlem voters/residents if NYS Senator Bill Perkins wins the NYC Council race. According to NY Daily News columnist Ken Lovett, a Perkins’ City Council victory reduces (by one) the already-impotent Democratic Senate, the victim of 9 rogue Democratic Senators; the IDC, who caucus with the GOP, giving them a negotiated majority. Add the Perkins exit and the Senate Democrats are reduced to 22 votes in a 63-member House. A Perkins’ City Council victory could be followed by a special election called by the governor no earlier than mid-April, which is several weeks after the budget deadline; or the governor could pass on a special election.

BROOKLYN: The Bedford-Stuyvesant Restoration Corporation, the “jewel in the crown” of Central Brooklyn, is the nation’s first community development organization. Founded 50 years ago, its goal was to attract investment, improve the area’s business climate, foster self-sufficiency of families, and to promote arts and culture. To date, the Bed-Stuy Restoration group has attracted upwards of $600 million in public and private investments.

Brooklyn Councilman Jumaane Williams is interested in the NYC Council Speaker post.  Current Speaker Melissa Mark-Viverito is term-limited this year. He is the only African-American who has tossed his hat into the powerful “Speaker” ring. Political observers say that Borough party leadership is a prerequisite for the Speakership. Four years ago, it was the newly elected Mayor de Blasio who determined Melissa’s victory.

WOMEN IN POLITICS: The perennial American women’s marches and protests since the onset of the Trump Presidency are not lost on African-American women, who are becoming more engaged in political activism. City Treasurer Tishaura Jones announced her mayoral ambitions in St. Louis, Missouri. The St. Louis Democratic Primary is set for March 7. Carolyn McLaughlin, 62, who is President of the City Council in Albany, the NYS capital, will run for mayor.

Be sure to download and print INDIVISIBLE GUIDE TO RESISTING TRUMP AGENDA, which was written by former US congressional staffers. It is required reading for the next four years.

The Wadsworth Steele Building Wealth, in partnership with the Harlem Business Alliance, offers free tax preparation for income earners below $54K. Tax prep dates are February 18, March 18 and April 15 from 11 am to 3 pm at the Harlem Business Alliance, located at 275 Lenox Avenue. Call for an appointment at 347.851.7743 or 202.361.0321. [Visit HBANY.org or Wadsworthsteele.com] Please note that free tax preparation is available across the country. Visit IRS.GOV, then go to taxpayer assistance center for office locator.

The 2017 Grammy Awards borrowed a page from the 2016 OscarSoWhite playbook. Beyonce, nominated for 8 Grammy categories, did not take home any of the three top prizes – Best Song, Best Record, Best Album! Something’s wrong…..and it has got to be about race and politics, which is the subject of a NYT published essay re: Grammy’s last week, which I dismissed as frivolous or specious. Everyone says the Grammy judges know that Queen Bey’s “Lemonade” was the Best Album of the Year, not just as a contemporary urban. Grammy’s Best Album accolade seldom goes home with a Black winner. Pop culture’s Queen Bey does not exist in a meritocracy. Yes, race is a prominent measuring stick in entertainment circles. Adele, who scored in all three categories, admitted that “Lemonade” should have been Best Album. Oh, what does she know!

What happened to Charles Oakley, 52, former Knicks player, at Madison Square Garden last week was unpardonable. He was thrown to the ground like a criminal by MSG security, handcuffed and taken to an NYPD precinct and charged. Read numerous accounts of the incident and none of the fans heard or said anything untoward. Wonder if it has something to do with Oakley being 6’8, about 250 pounds and self-assured. A day later, Knicks owner Jim Dolan, himself a recovered alcoholic, said that Oakley probably had a drinking problem and that was why he was banned from MSG. The Oakley experience unfolded like a racist horror movie. Brooklyn Borough President Eric Adams likened the incident to “Eric Garner without the chokehold”. Garner was a Black man killed by the NYPD. Adams wanted to broker a deal between Dolan and Oakley. Higher powers like Michael Jordan, Oakley’s best friend, and NBA Commissioner Adam Silver intervened. Oakley and Dolan met, apologized to each other and the MSG suspension was lifted. How can this happen in NY in 2017?

Pat Stevenson, founder/publisher of Harlem Community News and Harlem News and its younger siblings Brooklyn/Bronx/Queens News, is a household name in NY Black media circles. Her media outlets are bearers of good news, something which eluded her last December when she was diagnosed with triple negative breast cancer, a rare and aggressive form of the disease. A veteran media executive, Stevenson has been self-employed as a publisher for 20 years. Unable to work, she follows a 5-month chemotherapy protocol. She has to keep her publishing business afloat for her day-to-day subsistence and to manage 5-month chemotherapy treatments.   See her gofundme account and make a donation. [Visit gofundme.com/pat-stevenson-medical- fund]

The NYS Black and Puerto Rican Legislators will host its 46th Annual Legislative Conference in Albany on February 17-19, according to its chairperson Assembly member Michel R. Titus. The conference, the magnet for NY politicos, business, union brass and community leaders, casts a wide net of activities, including seminars, a Craft Expose and Business Partnership Fair, and the Annual Scholarship Dinner Gala for which TV One host Roland Martin will keynote.

A Harlem-based media consultant, Victoria Horsford can be reached at Victoria.horsford@gmail.com.

View From Here: We Will Not Go Back