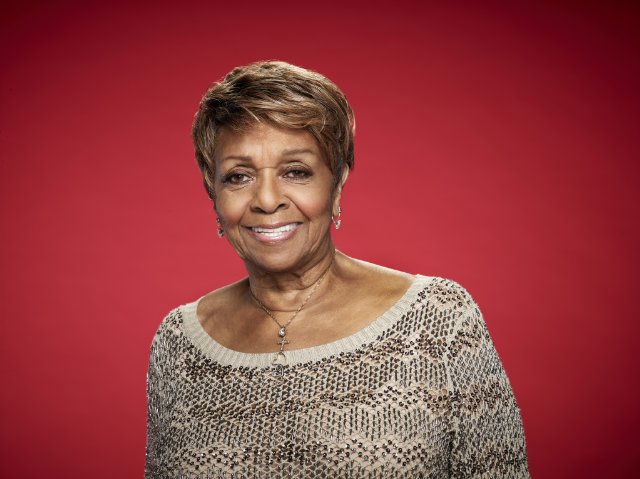 NYS and NYC major reelection dates loom large and New Yorkers are getting good news from Governor Cuomo who talks about a $1.4 billion antipoverty initiative for Central Brooklyn.  The omnibus plan would attack poverty, joblessness, education, affordable housing and health. Brownsville, East New York, Crown Heights and Bed-Stuy are destinations for Cuomo’s initiative. Mayor de Blasio announced last week that there is a feasible plan to close Rikers Island, the notorious jail complex, in 10 years. Won’t he be term-limited? Rikers detains too many of our Black and brown people because they cannot make bail. The criminal justice system has to be revisited now. Detention because of poverty.   And there is the POTUS 45 budget to consider!!

April is the “stress-intense” month, both for taxpayers and HS seniors who await college admission letters.   Harvard University has consistently earned high grades for its student diversity, as in accepting larger numbers of Blacks.   In 2014, Harvard admitted 170 Black freshmen, the largest Black class in its then-378-year history. Last week, Harvard reported that Blacks represent 14.6% of its Class of 2021. Hey, how did this happen? This is to introduce David L. Evans, Sr. Admissions Office and Harvard, major team players making those Black admissions numbers travel north every year.    An engineer by training, the Arkansas-born Evans attended Tennessee State University and Princeton. He worked on the Saturn/Apollo Project that landed a man on the moon in 1969.   At the end of his workday, he would counsel Black students and encourage them to apply to the nation’s top colleges, which came to the attention of Harvard and MIT recruiters, both of whom who offered him a job.   He left for Harvard, taking a 2- year leave of absence from his engineering job in 1970.    A household name to most Harvard students, he is the “unofficial godfather” to most Black students. Harvard Black alumni endowed the David L. Evans Scholarship Fund in 2003. Today, its funds exceed $1 million.

Easter is imminent as is the Greater NY Chapter of the Links Pre-Easter rite, its Women of Distinction Spring Luncheon and Fashion Show on April 15 at 11 am, at Pier 60, Chelsea Piers, on 23rd Street on the West Side, overlooking the Hudson River. The Links 2017 honorees are Marilyn F. Booker, managing director and head of Urban Markets, Morgan Stanley; Miko Branch, co-Founder/CEO, Miss Jessie’s, LLC; Dr. Paula A. Johnson, 14th President of Wellesley College; and Henri G. Moore, Global Leader of Philanthropy and Education and President of the Dupont Pioneer Foundation. Luncheon patrons look like fashion week runway denizens, awash in spring couture pieces crowned with their Easter bonnets. The Links consists of nearly 14,000 professional women of color, in 280 chapters in 41 states, DC and the Bahamas, who are “committed to enrich and sustain the cultural and economic survival of African-Americans and all persons of African ancestry.”

Brooklyn: Councilwoman Laurie Cumbo and the Myrtle Avenue Brooklyn Partnership presents the District 35 Easter Egg Hunt with goodies for kids, arts and crafts and games on Saturday, April 15 from 11 am to 2 pm at Fort Greene Park; enter at Myrtle and North Portland Avenue entrance. Don’t forget to bring a basket. [Call 718. 260.9191, Ext.107]

Princeton University Press and the NY Institute for the Humanities at NYU Second Annual Lecture on the Humanities presents Annette Gordon-
Reed, “Thomas Jefferson’s Imagined Black Nation,” a talk at the NYU School of Law, on April 20 at 7 pm, located at 40 Washington Square South, Manhattan.    Gordon-Reed is the Charles Warren Professor of American Legal History at Harvard Law School and Professor of History in the Faculty of Arts and Sciences at Harvard. Reed is the 2009 Pulitzer Prizewinner for “The Hemingses of Monticello: An American Family”. The talk is open to the public. [RSVP at nyihumanities.org]

Ken Burns, a PBS documentarian, will produce a two-part, four-hour film about boxing legend Muhammad Ali, one of the 20th century’s brightest lights   who died last June. Ali was the subject of two feature biopics, “The Greatest” and “Ali”…. ONCE ON THIS ISLAND, based on a story by Caribbean writer Rosa Guy, opened on Broadway in the 90s.   The story, about ill-fated lovers in the French Antilles, returns to Broadway later this year.

The June Kelly Gallery’s new exhibit, “Dreams and Reflections, New Paintings”, by Julio Valdez, painter, printmaker and mixed media artist, runs from April 7 to May 9. Opening reception is Friday, April 7 at 166 Mercer Street, Manhattan. Born in the Dominican Republic, Valdez lives in NY and was an artist-in-residence fellow at the Studio Museum in Harlem. [Visit   junekellygallery.com, 212.226.1660]

RIP: Leola Maddox,72, wife of Attorney Alton Maddox, has died. Activist/educator, she worked tirelessly for the United African Movement. Alton Maddox said, “The cause of death of Leola Maddox is a work in progress. The investigation will include a motorcade to and from Meriweather County, Georgia.” He continues: “There are multiple crime scenes between NY and Georgia.   We intend to write Lee’s death certificate to preserve her legacy. This means settling the cause of death.” Her 4/3 funeral service was held in Atlanta, Georgia where Abyssinian Baptist Church Sr. Pastor Rev. Dr. Calvin Butts officiated.   Any expressions of condolences and memorials to the Maddox family should be sent to Alton Maddox, Jr., c/o UAM, P.O. Box 35, Bronx, NY 10471.

A Harlem-based management consultant, Victoria Horsford can be contacted at Victoria.horsford@gmail.com.

WHAT’S GOING ON: WEEK AT A GLANCE