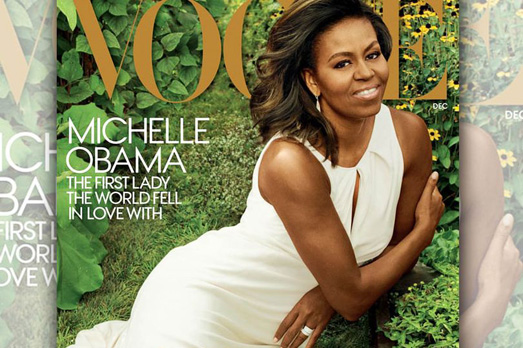 President elect Donald Trump will not take the USA in a new direction. He will veer of course towards a more Eurocentric course, much more sinister, more hawkish , much less diverse and inclusive, America’s greatest strength and asset.   He wants to eradicate if not erode the Obama legacy, something easier said than done.   Most of his post election activities are beyond my ken. Trump’s insider circle and cabinet hopefuls and vetting is more consistent with a reality show or a theater or film audition.  Naming Steven Bannon, alleged white nationalist, as his chief strategist speaks volumes to an electorate waiting to watch Trump be President of all of the people.   In a Hollywood Reporter interview Bannon said that he “is in the company of Dick Cheney, George Bush (43) VP, Darth Vader of Star Wars and even the devil himself.”  He added.“ Darkness is great.” Bannon’s title would suggest that he is the Valerie Jarrett of the Trump Administration. Jarrett was never as menacingly dark and evil.

Then there are Trump loyalists like Rudy Giuliani and NJ Governor Chris Christie, who have been pushed to the media sidelines. An inexperienced  Giuliani seemed hungry for the Secretary of State post more than a week ago.   Now, you hear names like Mitt Romney, former UN Ambassador John Bolton,   SC Governor Nikki Haley as Secretary of State contenders.  Haley, like Giuliani, has no international affairs experience. However, she is a person of color. I never understood Christie’s place in the Trump’s inner sanctum because he was the federal prosecutor responsible for putting Ivanka Trump Kushner’s father in-law behind bars. Her husband Jared, a trusted Donald Trump adviser, no doubt sought revenge. Cannot see Christie getting any special appointment during the Trump era.

Perhaps, the most revelatory statement last week was Dr. Ben Carson declining any Cabinet positions like Secretary of Education or Healthand Human Services. Dr. Carson said that he did not feel qualified to head a federal bureaucracy.   Last year, he was running for the US presidency, a far more challenging endeavor.   His remarks would apply to the chosen few who auditioned for President elect Trump last week.  What does that Trump White House hold f hold for Amorosa, who was in charge of Black affairs during the campaign season?   Will there be kitchen cabinet positions for Trump’s early Black loyalists like Mike Tyson or Don King”.

Kanye West, 39, has been hospitalized for temporary psychosis, according to his doctor. It is a euphemistic term for a breakdown.   After Hurricane Katrina and its accompanying devastation, HipHop titan Kanye said in 2005 that “President George Bush did not care about Black people, which was an interesting conclusion.   Last week, he told a concert audience that he passed on the 11/8 election adding that if he did vote, it would have been for Trump. He cautioned the audience about Americans obsession with race.   Does he know Trump and how little he cares for Black folk?  On 11/20, in Los Angeles, West descended into full meltdown mode, advising a concert audience that he was terminating the show and his tour.   A few hours later, his doctor had him admitted to an LA hospital for temporary psychosis, a euphemism for a nervous breakdown. Is Kanye’s condition a metaphor for contemporary America?   Are we existing in a state if temporary psychosis since 11/8.

On 11/22 , President elect Trump speaks to the media through you-tube!

Since this begins our holiday season, I thought that I would write WGO Lite!

Some Democrats working in Albany are coveting NYC City Council openings. Those elected who prefer working closer to home and for a better salary include Brooklyn Assemblyman Peter Abate, Harlem Senator Bill Perkins, and Bronx Senator Ruben Diaz. The City Council vacancies result from exiting Councilpersons Vincent Gentile, Annabel Palma, Inez Dickens, respectively. Her councilmanic continues to be the Harlem hot seat that so many want to occupy. I just learned that Harlem historian/preservationist Michael Adams will run for the coveted seat   as the Anti Gentrification Save Harlem Candidate only if Cordell Cleare, Senator Perkins’ former chief of staff, does not run.

Michelle Obama dons the cover of December VOGUE magazine. The story, Michelle Obama: The First Lady The World Fell In Love With and the photo essay is a must read and acquired for home libraries of the Obama era..

Americans fared well at the National Book Awards this year.. Not surprisingly Colson Whitehead won best fiction prize for his novel THE UNDERGROUND RAILROAD. Dr. Ibram X Kendi, PhD, won nonfiction prize for his STAMPED FROM THE BEGINNING: The Definitive History Of Racist Ideas. Congressman John Lewis won the in Young Peoples Literature for his graphic memoir, MARCH: BOOK THREE, the last of a trilogy about the American civil rights movements. Cave Canem, a writers group, which promotes works by Black poets, won the prize for the Literarian Award for outstanding service to literature.

The June Kelly Gallery’s next exhibition is Victor Kord’s Anonymous Collaborations New Paintings, which runs from December 1 through January 17. Kord is New York based artist best known for his abstract imagery.  The opening reception will be held on December 2, from 6-8 pm. The June Kelly Gallery is located at 166 Mercer Street, Soho, Manhattan. Call 212.226.1660.

Congrats to California Attorney General Kamala Harris , who will be sworn in as  California’s US Senator in January. Attorney Harris is a graduate of the Howard University Law School. Her recent victory brings the total number of Black US Senators to 3. She joins Democratic Senator Cory Booker of NJ and GOP Senator Tim Scott of S.C.

Congratulations to the 21 Presidential Medal Of Freedom 2016 honorees, particularly Kareem Abdul-Jabbar, Cicely Tyson, Michael Jordan, and Diana Ross, The award is the nation’s highest civilian honor which is given to people who have made exceptional contributions to the national interest, to world peace and to culture.   The Ceremony, the last during the President Obama’s watch, aired on November 22

HAPPY THANKSGIVING. ENJOY THE FAMILY AND THE FEAST!

A Harlem-based entrepreneur, Victoria Horsford can be reached at victoria.horsford@gmail.com