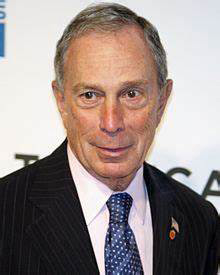 WHAT’S GOING ON
By Victoria Horsford

AMERICANA 2020
Are the 2020 Democratic hopefuls running against President Trump or each other? As soon as one surges in national polls, he/she becomes the focus of malice by the other. Dem newcomer Michael Bloomberg, great billionaire disruptor, qualifies for the next Democratic Presidential debate in Nevada on February 19 where he joined Senators Bernie Sanders, Elizabeth Warren and Amy Klobuchar, plus former Obama VP Biden and former Mayor Pete Buttigieg. National polls, Marist, PBS Newshour and NPR shows that Bloomberg had 19% support, second to Sanders. And the Dem Priexy potentials are livid! Cannot stomach anymore of Bloomberg’s inaccuracies about Black Americans. Mayor Stop-and-Frisk blamed Blacks for the 2008 housing market crash because we lived in redlined areas. No, Mr. B, Blacks were the major victims of that market crash. I have not written him off yet while waiting for primary and caucus results. There is still some appeal. Harry Siegel’s NY Daily News op-ed, “Bloomberg Similarities to Trump Are Too Glaring to Ignore,” which is subtitled, “Is Bloomberg Trump Lite!” Blogosphere says that Bloomberg is considering Hillary Clinton as a running mate. Where is the excitement factor?
To his credit, Mike Bloomberg has been on a NYC Black print media buying spree, buying full-page ads in local Black newspapers – save OUR TIME PRESS, Brooklyn’s premier award-winning local outlet. Mike, where is the OTP ad schedule? Brooklyn matters!
Democrats need to improve their debate talking points and stop fighting with each other. Why not broach Trump’s 2020 $4.8 billion budget, which identifies drastic cuts in domestic programs like education, Medicaid, Medicare, food, coupled with astronomical spending increases for the Pentagon and the southern border wall. The budget, considered “dead on arrival” in both chambers of Congress, speaks to Trump’s priorities and his base. Dems need to talk about who is best able to repair our broken Republic, now referenced by some as a “banana republic,” owing to the national government’s tilt towards authoritarianism. Another good read is the GQ magazine article, “Hakeem Jeffries: Whether the Democrats Should Re-impeach Out-of-Control Trump Again.” The Q&A with the Democratic rising star runs the gamut from the Democratic Party’s future to the beef between Hillary and Bernie and Jeffries ’own battles with Mike Bloomberg, re Stop-and-Frisk and to his thoughts about being primaried this year.
Mainstream tabloids and the NY Times publish articles and op-eds regularly about the 2019 NYS Bail Reform Law, which removed the racial and socioeconomic inequities embedded in the old bail system, for which there was no public hearings. It is unpopular in multiple precincts in the city and state power precincts. Governor Cuomo and Senate Majority Leader Andrea Stewart-Cousins are willing to revise and revisit the 2019 law to make it more consistent with the New Jersey model enacted in 2017. NYS Democrat Assembly Speaker Carl Heastie and his cohorts are adamant about leaving the 2019 Bail Reform Law as is; in its infancy, downstate crime stats surged, notwithstanding! NY GOP sees law as a pathway to November election victories.

THE CARIBBEAN: On February 8, the island nation of Grenada, aka the “Isle of Spice,” celebrated its 46th Independence Anniversary. Grenada was the island invaded by US Marines in 1983 to oust the island’s Prime Minister Maurice Bishop.

The Greater NY Chamber of Commerce reports that the Government of Barbados will host an “Invest in Barbados” Lunchtime Business Symposium at the Grand Hyatt New York, located at 109 East 42nd Street, Manhattan, on February 26 at 10:30 am.

The Program in Visual Arts at Princeton University convenes a symposium, “PSYCHODRAMA, INTERRUPTION AND CIRCULATION,” on the works of iconic documentary filmmaker Bill Greaves, including his 1972 film, “NATIONTIME….GARY,” on Friday, February 21 from 1-7:30 pm.

Brooklyn Boro President Eric Adams’ office presents, “BLACK HISTORY’S NEXT CHAPTER: IMPACTING OUR COMMUNITIES,” which features a keynote speech by Asha Boston, Founder/President of THE DINNER TABLE, a nonprofit which provides college and career readiness workshops and programming for women of color, ages 11 to 18. Event will be held on February 26 at 6 pm at Brooklyn Borough Hall, located at 209 Joralemon Street.

The Christian calendar’s Lenten season, a 46-day period of abstinence and fasting which ends on Easter Sunday, begins on February 26, Ash Wednesday. For those who observe Lent restrictions, I submit three destinations for pre-Lent carnival and bacchanal. In the USA, there is Mardi Gras/ Fat Tuesday, where people “laissez les bons temps rouler” in New Orleans on 2/25. South of the border recommendations include the Trinidad Carnival on 2/25 and the Rio Brazil Carnival, the largest in the Americas, on 2/25. Festivities at above venues begin the previous weekend.