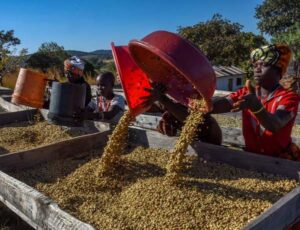 NEW YORK, NY
LEO DRAMA: On August 10, Governor Andrew Cuomo announced his resignation effective in 14 days. He said “I will step aside and let government get back to government” meaning the pandemic, economic recovery, and assorted problems. Personally, he has a laundry list of woes. Ouch! An independent investigation, ordered by the NYS Attorney General, concluded that Cuomo sexually harassed eleven women, who are former and current NYS employees, which was in violation of state and federal laws. One of the women has filed criminal charges against him. Concomitant with the investigation is a NYS Assembly impeachment proceeding, which would be followed by a NYS Senate trial before his removal from office. Four district attorney offices in NYS are studying his behavior. Would Cuomo want an already tainted legacy to be complicated with an impeachment? NO! Impeachment would cancel his pension and prohibit his ability to run for office in NY. He has Atlas-type challenges, his resignation notwithstanding. In two weeks, Kathy Hochul current NYS Lieutenant Governor, will be the new sheriff in Albany and the state’s first woman governor. She will run this state through 12/2022.

Who is Kathy Hochul? She is a 62-year-old Irish American, businesswoman, a former US congress member and a lawyer whose birthday is August 27. Her role as LG was marginalized by Gov. Cuomo, who often ruled with autocratic zeal and was often vindictive. There are notable achievements- minimum wage, same sex marriage, transportation projects – during his 3-term gubernatorial watch. Last year, he was masterful in handling the arrival of the COVID19 pandemic. With Cuomo gone, the real estate barons, the union leaders and Albany lobbyists have to cultivate new Albany friends. And the three men in a room will include two women, Hochul and Stewart-Cousins. Will Gov Hochul cut through red tape re: COVID eviction moratorium, which expires 8/31 in NY? Will NYS release the $2 billion from the last stimulus package, for Emergency Rental Assistance Program (ERAP) a vehicle to help tenants wipe out rent arrears and avoid eviction. Will she diligently monitor the COVID Delta mutant. Will she revisit the No Bail Law? Will she add money to the Cuomo $139 million antigun violence initiative? Can she stem the exodus of New Yorkers to warmer climes?
WHO’S WHO in the Democrats 2022 NYS governor firmament. 2022 is midterm year. Names bandied about include NYS AG Tish James; Rev Al Sharpton, NYC Mayor Bill DeBlasio, NYC Public Advocate Jumaane Williams, US Senator Kirsten Gillibrand, Hillary Clinton, and Hochul! Cuomo? We’ll see.
NYC Council District 9 recount, between incumbent Bill Perkins and newcomer Kristen Jordan is completed. Ms. Jordan is the winner.

SUMMER 2021/AMERICA & BEYOND
The national newsmakers: Freshman MISSOURI Congress member Cori Bush slept on the steps of the Capitol to protest the CDC national expiration of evictions on July 31. Bush said that she was evicted twice and lived in a car with her children. She called attention to national crisis. OHIO: Democrats voted for Shontel Brown and rejecting firebrand Progressive Nina Turner in last week’s Special election for Marcia Fudge’s former congressional seat. Fudge is President Biden’s HUD Secretary. WISCONSIN: Democratic Lieutenant Governor African American Mandela Barnes, 34, announced his candidacy for the 2022 US Senate race.
The pandemic is still wreaking havoc the world over. It aggravates the global hunger crisis. It is estimated that 270 million people face food shortages this year compared with 150 million before the pandemic era. The Third World is hardest hit, based on an analysis by the World Food Program, a UN antihunger agency. The most vulnerable countries regarding hunger are Ethiopia and Madagascar; North Korea; Afghanistan; and Central America. Food shortages contributing factors include conflicts and climate- related droughts.

ARTS/CULTURE
City & State NY Magazine hosts its 2021 Virtual Education Summit in A Post Covid 19 Era on August 17 at 1 pm. Summit Speakers are Lester W. Young, Jr, EDD, Chancellor and At Large Member, NYS Board of Regents an Meisha Porter, Chancellor NYC Department of Education. Webinar topics include “Public School in Post Covid 19.” “Higher Education Plans,” and “Erasing Education Disparities.” To register, visit cityandstateny.com/event
The September Vanity Fair Magazine cover story, FROM PUFFY TO DIDDY TO LOVE, The (next) reinvention of Sean Combs.” which is an interesting meditation of his life as a show business mogul and father of six. He identifies the Puff Daddy Era, the Diddy Era and now he enters his third chapter, the Sean “Love” Combs Era. Cover photo is not full frontal. It looks like Sean had some cosmetic work done.
Jennifer Hudson is the drop dead gorgeous In Style Magazine August cover girl. Issue coincides with the 8/13 theatrical release of her new film RESPECT, the Aretha Franklin biopix.

The National Trust for Historic Preservation’s African American Cultural Heritage Action Fund announced more than $3 million in grants to 40 organizations, which are dedicated to the preservation of landscapes and buildings focused on Black life, humanity, and culture. SAVE HARLEM NOW!, a preservation group, is one of the coveted grant recipients. Valerie Jo Bradley is FACE HARLEM NOW, co-founder and President/Chair.

Development Officers all over the nation must be queueing up as potential recipients of the Van Jones’ $100 million pot of gold, gifted to him last month by Amazon’s Jeff Bezos, for distribution to his favorite charities.

The J. Rosamond Johnson Foundation, a 501(c)3 was established October, 2020. J. Rosamond Johnson, composer/vocalist was a Harlem Renaissance household name in music and theater. His legacy, in 1900, he composed the hymn, LIFT EVERY VOICE AND SING; and his brother James Weldon wrote the lyrics. The song was initially known as the Negro Anthem. The Foundation, based in NY, was established by his granddaughter Melanie Edwards, educator/lecturer.

NEWSMAKER
RIP: New Yorker Jordan Nieves, 28, passed on August 5. 2021. A music and spoken word performer/producer, he is the youngest son of Ms. Cordell Cleare, Democratic District Leader in Harlem and the Michelle Obama Democratic Club co-founder.
A Harlem-based media consultant, Victoria can be reached at victoria.horsford@gmail.com