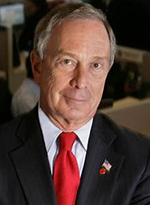 The Democratic 2020 Presidential race has more plot twists and turns than a well-crafted Hollywood or Netflix thriller. As Americans were formulating opinions of the 16-17 Democratic candidates and how they would vote, Mike Bloomberg files papers to enter the Prexy primaries. The Bloomberg news was jolting. A real billionaire, Bloomberg served as NYC Mayor for 12 bittersweet years (2002-2013) – mostly bitter if you are African American. While I  agree with many Bloomberg positions on climate change, gun reform, women’s right to choose, and I appreciate the hundreds of millions he spends annually to influence election outcomes across the nation, it is hard to forget his legacy – the  Bloomberg/NYPD reign of stop-and-frisk terror, a nightmare for African-American and Latino men.

The Bloomberg Prexy revelation was greeted with excitement and consternation.    The 11/11 NY Times Charles Blow op-ed, “YOU MUST NEVER VOTE FOR BLOOMBERG,” best articulated Black sentiment about a Bloomberg 2020 run.  Blow begins: “Let me plant the stake now. No Black person – or Hispanic person or any people of color – should ever consider voting for Michael Bloomberg in the primary.”  He adds: “His expansion of the notoriously racist stop-and-frisk program in NY, which swept up millions of innocent New Yorkers, primarily Black and Hispanic men, is a complete and nonnegotiable deal killer.”  The Bloomberg S&F policy was to allay white fears. About 88% of the millions of people detained were innocent. Stats never supported any relationship between S&F and declining crime. Blow compares Bloomberg’s S&F to Trump’s musing during 2016 about somehow instituting the program nationwide. He concludes: “If you support Bloomberg, I want nothing to do with you. Nothing!”  BTW, Blow abhors Trump!

On 11/17, Bloomberg, understanding the necessity for a 2020 national Black vote, addressed a Black congregation at Brooklyn’s Christian Cultural Center to apologize for stop-and-frisk.  Local reaction to Bloomberg’s apology was mixed.  Blacks are cynical. The NYPD union boss, Patrick Lynch, a man with whom I seldom agree, accused Bloomberg’s misguided S&F policy for the ill will which exists between Blacks and Latinos and the NYPD. Politics in America!

NEW YORK:  US Senator Kamala Harris comes to a Harlem fundraiser on behalf of her 2020 Presidential campaign on Thursday, November 21 at the home of Harlem philanthropist Beatrice Sibblies. [Contact Patrick@kamalaharris.org]

Byron Allen’s Entertainment Studios company and Comcast, the NBC/Universal parent company, have been doing legal battles in US courts for years. Allen has filed a $20 billion discrimination lawsuit against Comcast because of its failure to place any of his Entertainment Studios properties in its distribution network. Allen argues that the Comcast rejection was solely based on race, a claim that Comcast denies. Allen’s lawyers invoked the US Civil Rights Act of 1866, passed to ensure that newly emancipated slaves “enjoy the same rights enjoyed by white citizens.” Suffering defeats in lower courts, Comcast entered the SCOTUS lawsuit as petitioner who advocates a new look at the 1866 Civil Rights law and to loosen standards on discrimination. (Editor’s note: The judges may reverse Allen’s win in a lower court, but then allow him to proceed with amended charges. And Judge Ginsberg, who was ill, will likely be there to vote on the decision.)

Founded in 1973, Fashion Fair Cosmetics, a part of the Johnson Publishing Company, caters to women of color. It sold for $1.8 million to Desiree Rogers and Cheryl Mayberry McKissack, co-owners of Black Opal, another company for Black women. After a stint as President Obama’s social secretary, Rogers returned to Chicago, where she was named JPC’s CEO at a time when the company began a downward spiral. The JPC was founded in 1945, the same year that Ebony magazine debuted. The JPC Ebony and Jet magazine photo archives fetched $30 million at auction this year.

Woodie King’s New Federal Theatre celebrates its 50th Anniversary with a year full of drama.  It begins with “SHE SPEAKS, HE SPEAKS, WE SPEAK,” an evening of poetry, an open MIC with Abiodun Ayewole and others on November 21 at 7 pm at the NFT, located at 543 West 42nd Street, Manhattan.  [Call 212.353.1176]

The HARLEM STAGE presents “The RENAISSANCE EP:  A Theatrical Mixtape,” an evening of music, theater, dance and creative sound effects of a live radio play on Friday, November 22nd at 7:30 pm.  It “salutes the legacy of the Harlem Renaissance” and its impact on Harlem today. Harlem Stage is located at 150 Convent Avenue, Harlem. [Visit HarlemStage.com]

FINE ART:  Congrats to Ashley James who made history as the first Black curator hired by New York’s Guggenheim Museum. She worked at the Brooklyn Museum where she was the lead organizer of its critically acclaimed 2018 exhibit, “SOUL OF A NATION: Art in the Age of Black America.”

A Harlem-based brand and media consultant, Victoria can be contacted at