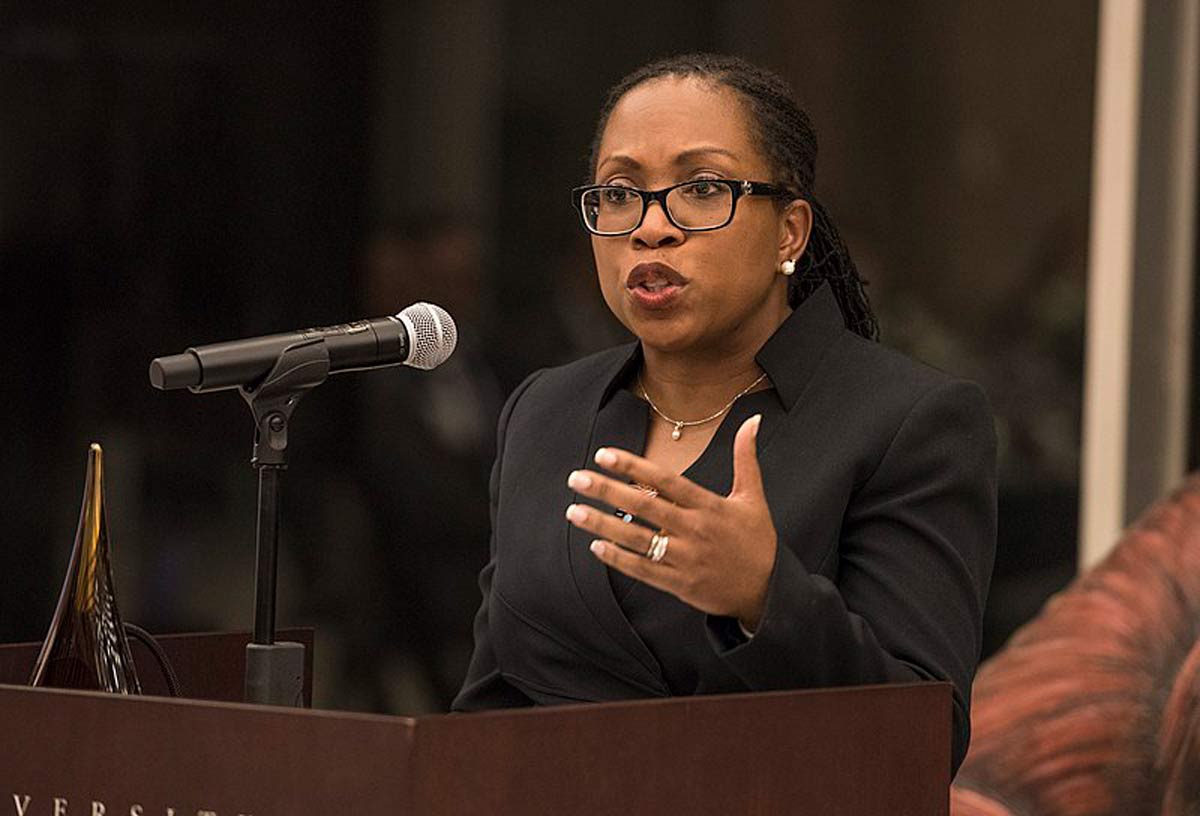 American Judge Ketanji Brown Jackson was sworn in as the new US Supreme Court Justice.

SUMMER IN AMERICA
THE NATION: The Fourth of July weekend began on June 30 when African-American Judge Ketanji Brown Jackson was sworn in as the new US Supreme Court Justice. She is first Black woman to join the nation’s highest court since it was established in 1789.

When will Washington negotiate the release of African American Brittney Griner, WNBA player and two- time Olympics gold medalist, who has been arrested in Russia since February 17 for possession of cannabis oil? The US says that she was “wrongfully arrested. ” Her trial has begun. Only 1% of Russian trials end with acquittals. Since May, US media reported that Russia may be interested in a prisoner swap deal: Brittney Griner in exchange for Russian Viktor Bout aka “Merchant of Death” arms trafficker. Hope that Griner’s July 4 note to President Biden accelerates her return home.

Last month, the US Supreme Court struck down New York’s gun law, one of the nation’s toughest, saying that the Constitution protects an individual’s right to carry a handgun in public for self defense. This is unwise in a nation which boasts more guns than people. Where is the US Supreme Court taking the nation? On a road which will wreak more havoc in the American landscape. More than 311 mass shootings were documented in the United States in 2022!

NEW YORK: The 6/28 Democratic Primary results for Governor, Lieutenant Governor and Assembly members were predictable. Most incumbent Assembly members got nominations. THE CITY newspaper story, “ Rodneyse Bichotte Hermelyn Railed Against Brooklyn’s Democratic Machine. Then She Became It” is required reading about politics and family feuds, the machine vs. Democratic progressives/reformers who are ready to take the helm in the biggest, bluest Democratic county in America. Democrats cannot afford infighting and lose seats in the House this midterm year.

ARTS AND CULTURE
MUSIC: Just read in Broadway World that we must hold the dates November 15 to 27 for a jazz infused retelling of classis story, SUGAR HILL: The Ellington/ Strayhorn Nutcracker, directed by Joshua Bergasse, which celebrates the music and magic of the jazz heartbeat in Sugar Hill, Harlem. Producer team, headed by David Garfinkle, Hello Entertainment, includes Willette Klausner, Bill Strayhorn and Schirmer Theatrical. Strayhorn’s niece Alyce Cllaerbaut is an executive producer.

TELEVISION: Pundits say that Tara Setmayer will be named permanent conservative on THE VIEW when season begins in September, replacing Meghan McCain. Tara is intelligent and no longer a Republican nor that conservative, methinks.

BOOK NOTES: Ibram X. Kendi’s new book, “How To Raise An Antiracist” which is a nonfiction about the ways in which children of different ages experience race and how racist structures might impact them.
It is good that Kendi’s new book made NY Times Top 10 Book List at #9. Thought that the Republican CRT rhetoric was influencing the reading habits of the few critical thinkers/readers in the American landscape.
Apropos of NYT bestseller, the Viola Davis memoir FINDING ME is #6 and for almost two months was the only Black book on the list.

The National Urban League Conference, July 20 to 23, Washington, D.C. will be a hybrid event, in person and virtual publicized as “nation’s largest and most influential civil rights and urban advocacy event of 2022.”
Visit NUL.ORG/EVENTS

NEWSMAKER
RIP: Attorney, US public servant Clifford L. Alexander, 88, passed away on July 3. Adviser to US Presidents John Kennedy, Lyndon B. Johnson, Richard Nixon, Jimmy Carter and Barack Obama, Alexander was always making good news things happen and speaking his mind. He served on the staff of the National Security Council. He was the First Black to serve as Secretary of the Army. He chaired the US Equal Employment Opportunity Commission. Alexander is credited for liberating the civil rights movement from the streets “into the machinery of federal government.” He liaised with civil rights leaders and captains of industry. LBJ called him his race relations adviser. That was one facet of Alexander’s remarkable life.

A Harvard alum, he attended Yale Law School, worked as assistant district attorney in New York. He was on the Board of Haryou Act, the nation’s first anti poverty organization. Later, he became the first Black partner at prestigious Washington. DC law firm, Arnold and Porter. His roots are Caribbean and Harlem. Born in New York, Alexander’s dad was a Jamaican immigrant. He grew up in the Riverton Houses on West 135 Street and attended private schools. He married historian Adele Logan and they had two children, Elizabeth, current Mellon Foundation President and Mark, who is Villanova University Law School Dean.
Wonder what Mr. Alexander say about today’s ever changing America veering back to states rights matters, which he fought to neutralize.