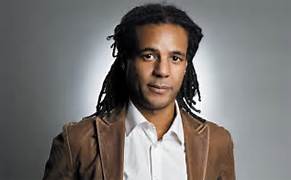 Things will get better. Mankind still has hope which we must keep alive, the Trump Presidency notwithstanding. He remains the most unpopular president since polls were extant. His popularity with his base is eroding.   One Internet news item on 12/25 indicated that diplomacy, aka talks, would take a front seat in dealing with North Korea.  Next year is also midterm elections, and the Trump effect produces wonders at the polling sites.

The year 2018 is a reelection year for New York State Governor Andrew Cuomo. Perhaps New York City residents may experience détente between the governor and NYC Mayor Bill de Blasio. Andrew knows how to get out the vote!

Alas, the next NYC Council Speaker will not be a man of color.   Reliable rumors say that Councilman Corey Johnson has the necessary votes.

The Studio Museum of Harlem, one of America’s “jewel in the crown” of culture, celebrates its 50th Anniversary next year.   Its board plans not only a face-lift but a new building at its present site, located at 144 West 125th Street.   The Studio Museum of Harlem will break ground in late fall 2018, designed by the internationally renown Sir David Adjaye, creator of the Smithsonian Museum of African-American History and Culture in Washington, DC.

The new Studio Museum of Harlem project is a Herculean project for SMH Director Thelma Golden, SMH Chair Raymond McGuire and the SMH Trustees. The new building comes with 82,000 SF, with 5 floors plus a roof terrace and two subground-floor levels and a $175 million capital campaign.    The Studio Museum of Harlem operations will relocate to the Adam Clayton Powell, Jr. State Office Building.   The SMH artists-in-residence and curatorial programs will continue during construction at venues around Harlem and NYC.

The ShadowLeague.com, a website specialist in sports news related to people of color, has launched POWER PLAYERS section, which focuses on women of color in sports.   ShadowLeague has profiled the following: Gold-Onwude, native New Yorker, TV journalist at Turner Sports; “Rosalyn Gold- Onwude’s Passion for Hoops Drives Her Ascension” and “Taylor Rooks Inspires as She Elevates in the Sports Media Game”. She is a SportsNet News reporter and TV host. Visit the site and learn about the upwardly mobile media stars.

RIP: Don Hogan Charles, 79, died on December 15. Charles was the first Black photographer hired by the New York Times in 1964.   He covered civil rights, celebrities, fashion denizens for the NYT until 2007.   Charles captured Malcolm X with a rifle looking out of his Queens home. Many next generation Black photogs at the NYT spoke of Charles as a mentor during their initiation at the paper.

February 14, 2018 is the Frederick Douglass Bicentennial.   Born into slavery, Douglass became an abolitionist, social reformer, writer and statesman, and prominent American historian. The Douglass Bicentennial will be observed across the nation throughout 2018. His great-great-grandson Lloyd Weaver is New York-based. [Visit douglassbicentennial.org]

December 18, 2017 was the Ossie Davis Centennial.   His family plans year-long celebrations to commemorate his life as an author, activist, actor. [Visit ossieandruby.com]

The Schomburg Center for Research in Black Culture hosts its 6th Annual Black Comic Book Festival on January 12-13 at 10 am. Festival program is a mix of panel discussions, a cosplay show, film screenings of subjects like diversity, social justice, Black comics in digital spaces and Black masculinity in comic books. A magnet for comic book readers, creators, bloggers, nerds, independent publishers of all ages, the festival will be held at the Schomburg Center, located at 515 Malcolm X Boulevard.   [Visit schomburgcenter.org/calendar