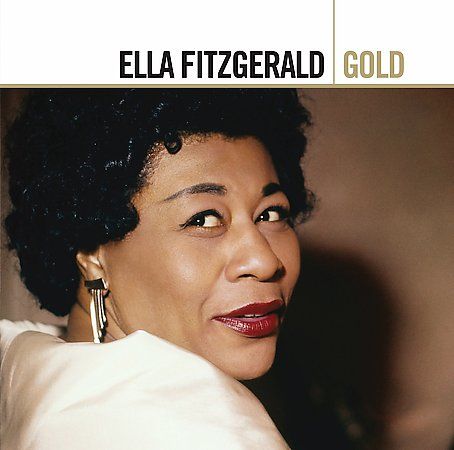 The Trump White House has heads spinning. Trump will be known as the “Executive Order” President. His first executive order was for federal agencies to minimize the burden of ObamaCare, which was followed by more orders to suspend federal dollars to sanctuary cities, which could hurt New York, both city and state. Moreover, POTUS wants to streamline and expedite environmental reviews and pretty much put those departments on hold. He is eager to erect the wall on the Mexican border and has ordered federal agencies to put a hold on new regulations. His executive memoranda withdraws the US from the Trans Pacific Partnership and declares a freeze in hiring in all agencies to save the military. His reorganization of the National Security Council gives extensive power to adviser Steve Bannon, who many speculate is America’s “shadow” president. It is a lot of info to consume and digest during the administration’s first 10 days. For every newly introduced Trump action, there is a predictable reaction in streets across the country as people march and protest. A group of scientists plan a “March on Washington” to protest Trump’s antipathy to science. An agent provocateur, POTUS ended last week with an announcement that would restrict travel to the United States for citizens from seven Middle Eastern countries, all majority-Muslim nations. We stare and listen in disbelief.

The best-selling book in the United States last week was the George Orwell novel “1984”, about a dystopian autocratic society controlled by Big Brother who snatched all rights from its citizenry. I pray that our beloved USA is not moving in that direction.

I wonder what the Trump White House has planned for Black History Month!

NYC Comptroller Scott Stringer’s office released a report,“Our Immigration Population Helps Power NYC Economy”, which is good reading about a prosperous sanctuary city; a copy of which should be sent to the US Congress and to the White House. NYC has 3.3 million foreign-born immigrants who live here and who come from 150 countries. Immigrants earn 32% of total earned income in NYC and represent 46% of the workforce. Immigrants from five Caribbean countries make up most of the city’s foreign-born immigrant population. Those countries and number of people from those venues follow: People from the Dominican Republic are the city’s largest foreign-born immigrant group with 453, 176; Jamaica is #3 with 185,681; Guyana is #5 with 140,340; Haiti is #7 with 91,595; and Trinidad/Tobago is #9 with 89,302. The report is based on figures culled from a 2015 American Community Survey. NYC’s population in 2015 was 8,550,405.

Kudos to Dwight Rhoden and Desmond Richardson for the Complexions Contemporary Ballet’s 23rd season, which runs through February 5th. The show is a real “tour de force” for dance theater aficionados, especially Act 2 in “Stardust”, a ballet tribute to David Bowie.

OSCAR SO BLACK 2017: For the first time in the history of the Academy so many films about the Black experience made the short list for Best Film, “MOONLIGHT”, “FENCES”, “HIDDEN FIGURES” and “LOVING”. Black actors garnered more than a handful of nominations for performances as well.

RIP: Dr. Jewel Plummer Cobb, 92, died. She was the first Black woman to lead California State University at Fullerton, and the first Black woman to head a major university in the Western United States. A college educator who worked at Sarah Lawrence and Connecticut College, she was being considered for the Hunter College Presidency in NY in 1979.   However, race and sexism got in the way. Born in Chicago in 1924, she was the daughter of a medical doctor and an educator. She attended Talladega College and earned a degree in biology. She earned a master’s at NYU and a Ph.D. in cell biology at the University of Illinois. Her marriage to Roy Cobb, which ended in divorce, produced a son, Roy.

Harlem Fashion Week is a 4-day extravaganza at Harlem restaurants, businesses and cultural centers which culminates with a fashion show at the Museum of the City of NY, located at 1220 Fifth Avenue, Manhattan, on 2/12. The brainchild of Yvonne Jewnell New York, featuring Kyemah McEntyre, Harlem Fashion Week brings NY Fashion Week glamour and brouhaha uptown for awhile! Proceeds from Harlem Fashion Week will be donated to the Big Goree Project to restore the Slave Mansion on Goree Island in Senegal. [Visit HarlemFW.com]  The NY Fashion Week dates are February 9-16.

The 20th Annual Wall Street Project Economic Summit convenes February 15-17 at the Grand Hyatt New York Hotel, located at 109 East 42nd Street, Manhattan. The Wall Street Project was founded in 1996 by Rev. Jesse Jackson to challenge Corporate America to end the multibillion-dollar trade deficit with minority vendors and consumers. The Economic Summit is attended by American and international elites who participate in the SUMMIT Agenda of power lunches/dinners and panels/discussions which run the gamut from Education, Technology and   Health Care to New Trends and Emerging Alternatives in Asset Management, “Generational Diversity: HIP-HOP and Millennials”; plus an International Investment Forum: Global Opportunities with reps from Cote d’Ivoire, Ghana, Guinea, Nigeria, and South Africa. [Visit rainbowpush.org]

One Hundred Black Men of NY hosts its 37th Annual Education and Scholarship Black-Tie Awards Cocktail and Dinner Gala: Harnessing The Power of Leadership and Community on February 23rd at the Sheraton NY Times Square, located at 811 Seventh Avenue, Manhattan. Proceeds from the gala will provide scholarships for the Eagle Academies in NY and Newark, NJ and for other public school students. The black-tie gala honorees are J. Russell George, Inspector General, US Department of the Treasury; William Hawthorne III, SVP Diversity, Macy’s Inc; Cara Walker, Eagle Academy Foundation Board Member; and Dr. James B. Milliken, City University of NY Chancellor. [Facebook: 100BlackMen]

A Harlem-based media consultant, Victoria Horsford can be reached at Victoria.horsford@gmail.com.