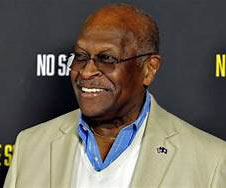 America today is akin to being wide awake in an unending nightmare. There is a plague, coronavirus which has claimed the lives of more than 150,000 Americans. At least 41 million Americans are unemployed. The GOP US Senators are tone deaf to the nation’s myriad economic/public health realities. Headlines like “Families across the country cannot afford wipes, diapers and formula” are spot-on about the magnitude of our crisis, which could be manageable. NYU Economics Professor Nouriel Roubini, aka Dr. Doom, because of his accurate call of the 2008 economic crash, laments, “The government is playing with fire by not acting on an agreement on the fourth round of stimulus talks. Intransigence will lead to a recession.” Senate Republicans are impervious to numbers in the 3-month-old Democratic Stimulus plan. They see no room for negotiation. What happens if all the President’s men, Treasury Secretary Steve Mnuchin and Chief of Staff Mark Meadows come to an agreement with the Democrats? Will the GOP Senators fail to sign on or will the invisible hand of POTUS 45 scare them into an agreement midway between $1-3 trillion.

POLITICS 101
When Biden appeared on REIDOUT with Joy Reid, he said that there are four Black women on his VEEP short list. We know of Stacey Abrams, Georgia; Susan Rice; Rep.Val Demings, Florida; Rep. Cynthia Bass, California; US Senator Kamala Harris, California. What happened to Georgia Mayor Lance Bottoms? Abrams’ name has mysteriously disappeared from routine TV pundit talks. Biden continues to push back the VEEP announcement. To be sure, he will announce by August 17, the Democratic Convention opener.
President Barack Obama is aggressively engaged in the 2020 elections. He raised $24 million for the Biden candidacy and recently announced his endorsement of 118 candidates in 17 states, including candidates for state legislators and five Democratic US Senate challengers in Colorado, Iowa, Maine, NC and SC.
Maya Wiley begins a leave of absence from her MSNBC legal chores to explore opportunities for a 2021 NYC Mayoral run. New to elected politics, Ms Wiley was general counsel to Mayor de Blasio and chair of the NYC Civilian Complaint Review Board, an independent agency which monitors complaints about NYPD. A New School University Professor, she earned a BA at Dartmouth and a Juris Doctor from the Columbia University Law School.

INTERNATIONAL AFFAIRS
INDEPENDENCE: LIBERIA celebrated its 173 year of Independence on July 26. The West African country declared its independence from the American Colonization Society on July 26, 1847. … JAMAICA, Caribbean nation, celebrates its independence from the United Kingdom which occurred on August 6, 1962….. The twin island Caribbean nation of TRINIDAD and TOBAGO celebrates its independence from the United Kingdom which occurred on August 31, 1962.
US based AFRICARE — a non-profit 50-year-old NGO committed to addressing African development and policy issue, working in concert with African people to build sustainable, healthy and productive communities — is going into retirement. A new Africa-based organization is born, this year; PANAFRICARE will replicate the Africare model, and be headquartered in Dakar, Senegal with six satellite offices from Nigeria, to Kenya, and Zimbabwe. The organization’s assets, including its building was sold and its art collection was donated to the Smithsonian Museum of African Art and to the University of Maryland, Eastern Shore campus. A Friends of PANAFRICARE office will open soon in the U.S.

ARTS/CULTURE
SOUL! — the PBS-TV news and entertainment show, which aired on Wednesdays, from 1968 to 1973 — is back. The brainchild of Black culture curator Ellis Haizlip, SOUL! was the only prime time TV platform for Black artists, entertainers and newsmakers, at that time. It was Black America’s “60 Minutes”. Haizlip was show’s host/producer who had his fingers on the pulse of Black Americana. SOUL! guests included Muhammad Ali, Gladys Knight and the Pips, Rev Jesse Jackson, Ruby and Ozzie, Lee Morgan, Miriam Makeba, Harry Belafonte, Sidney Poitier, Stevie Wonder, James Baldwin in France/Nikki Giovanni talk, and Alvin Ailey. SOUL! has been the subject of a book and a documentary. Amazon Prime has licensed the rights to 24 episodes of SOUL! which is a wonderful indulgence down memory lane and the origins of Black TV.

NEWSMAKERS
RIP: Annette Averette, 75, died in NYC on July 26. The veteran community servant who was always busy founded the Organic Soul Café. She was an outspoken political and community advocate for civil and housing justice, who joined Community Board 7 and the Bellevue Hospital Community Advisory Board. Her work experience ran the gamut from leader at the Six Street Community Center to Director of the LES Anti-Displacement Project. She will be buried in Columbus, Georgia. Annette is survived by two children, Liza Averette and Katwy Heru, a granddaughter Anakhu Heru, and daughter in-law Athena Moore.
RIP: GOP Presidential 2012 contender, Herman Cain, 74, died on July 31 after a month-long hospitalization battling COVID19, which was diagnosed a few days after his return from the Trump campaign rally in Tulsa Oklahoma, an indoor event. Born in Jim Crow Georgia, Cain was a Morehouse man, a business executive, former CEO of Godfather’s Pizza, Board Chair of the Federal Reserve Bank in Kansas City, a syndicated columnist, talk radio host and frequent contributor to Fox News.

AUGUST CALENDAR
August 15 is National Reparations Day in the United States. In New York the December 12th Movement hosts a National Reparations Day rally in NYC, assembling at 2 pm, at Trump International Hotel at Columbus Circle at 59th Street, Manhattan. Event commemorates the first NRD rally in the USA on August 17, 2002. The flyer reads. “They Stole Us, They Sold Us, They Owe Us.” Visit D12m.com or call 718.398.1766

A Harlem –based media/branding specialist, Victoria is contacted at Victoria.horsford@gmail.com