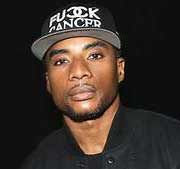 During the American Memorial Day weekend we reflected not only on our nation’s war dead, but also on the more than 98,000 deaths of people here who were felled by the deadly COVID-19 pandemic. The figures surpass combat fatalities in the Korean and Vietnam Wars. We still await a dramatic federal response to the crisis as the 50 near-bankrupt states have “re-opened.”

Key Trump advisers Federal Reserve Chair Steve Powell and Treasury Secretary Steve Mnuchin admit that another federal stimulus is imperative. Most economists agree and advocate for a stimulus more muscular than the Democrats $3 trillion package. Money is needed to speed, not deter, the American recovery. Those trillions are needed now!

What lies ahead for the beloved country, and for the politicians tasked with governing cities and states across America? According to the Penn Wharton model projection, more than 5 million people living in the USA will be infected by COVID-19 which will kill nearly 300,000 people by late July if the states’ and cities’ politicos fail to open without precautions like social distancing. Health containment and the recovering economy must work in tandem.

PS. Remember the 4/9 WGO column re: Indian teen astrologer Abighya Anand, 14, who predicted that COVID-19 menace would recede on May 29.

Some corrections which should attend the states’ reopenings should include overhaul of public health systems, income inequality, hunger, homelessness and massive unemployment, to name a few. Concurrent with the phased-in reopening, there is an ugly, desperate presidential election season unfolding. Happy that the media no longer obsesses about the Joe Biden on-air gaffe about race and blackness during an interview with millennial radio host, Charlamagne tha God. Yeah, Joe was wrong. But do millennials want another four years of Trump, a national health menace?

BUSINESS NOTES
Magic Johnson Enterprises, Equitrust Life Insurance and MBE Capital Partners, offer $100 million in capital to minorities and women businesses, which have been hit hard by the national lockdowns resulting from COVID-19. Loans will be administered through the Feds Paycheck Protection Program, PPP.
NYS Governor Andrew Cuomo introduced the NY Forward Loan Fund, a $100 million working-capital loan program for small businesses, nonprofits and small landlords who failed to get the PPP funds in the last stimulus package. Visit the Empire State Development site, ESD.NY.GOV.
Lowe’s, the national home improvement retailer, pledged $25 million in grants for minority-owned businesses to support efforts to re-launch the economy, it was announced by its CEO Marvin Ellison, an African American.

JOB NOTES
NYS and NYC will hire between 6,400 to 17,000 contact tracers, who will work to trace contacts of people who tested positive for the coronavirus.
Don’t forget the digital universe replete with info about Work From Home job ops. #WORKFROMHOME.

FOOD NOTES
Check GETFOODNYC Program srfoodnyc@manhattanbp.nyc.gov. Seniors can request food delivered to their local senior centers…Food pantries are ubiquitous throughout NYC, where there are needy populations: Harlem, Bronx, Brooklyn, Queens. Call local churches, nonprofits and politicos to get food pantry dates and locations. Food is distributed to anyone who visits the pantry.

NEWSMAKERS
Brett J. Hart, 51, was named President of United Airlines, last week, after serving as UA EVP and Chief Administrative Officer. CEO Oscar Munez transitions to Executive Chair UA. Hart served as interim UA CEO for six months when Munez was recovering from major surgery, a few years ago. A University of Chicago Law School alum, he is a member of the National Bar Association and the American Bar Association. Prior to UA, Hart worked at Sara Lee as EVP and general counsel, at a law firm, and was special assistant to the general counsel, US Treasury. An Alpha Phi Alpha member, he is the first African American to ascend to the presidency in the U.S. airlines industry, which is in COVID-19 turmoil because or worldwide suspension of travel.

RIP: Ed Dessisso, 74, died at home in April, from heart complications. Harlem-born Baby Boomer, a CUNY alum, Dessisso was a lifelong student of philosophy, politics and the arts. He settled into the film industry where he worked as producer, director, production manager and writer. He was a mentor to young African American filmmakers. He got his start in a program which promoted diversity in the film industry, spearheaded by Harry Belafonte and Cliff Frazier. A member of the Director’s Guild, some of Dessisso’s film credits include “New Jack City,” “The Cotton Club,” “Dead Presidents,” “Ganja and Hess,” countless indie films and tv commercials. He is survived by actress/writer Sharon Dessisso, his wife of 35 years, and son Elijah.

Wordsmith extraordinaire Terry McMillan, author of 12 books, including the novels, “Waiting To Exhale” and “How Stella Got Her Groove Back,” which were also major movie box-office hits, is at it again, with her novel, “It’s Not All Downhill From Here,” about a 60-something widow and her cronies as they cope with aging, relationship, and loss.

The third annual CALIFEST, the Caribbean Literary Festival will be held June 6, in Los Angeles, California and will be streamed live on the web. Featured writers include Virgin Island born poet Dr. Richard Georges, Epiphanea; Trinidad and Tobado-born Ingrid Persaud, The Sweet Sop; Jamaica-born Dr. Amina Blackwood-Meeks, and Suriname-born Dr. Joan Marques. The Festival is sponsored by the LA based Jamaica Cultural Alliance along with the Jamaica Tourist Board and the Dominican Republic Tourism Board. Visit www.califest.org.

POLITICS: NYC Public Advocate Jumaane Williams hosts a Citywide HOUSING RIGHTS LEGAL CLINIC for all categories of NYC tenancy — Rent Stabilized, Mitchell Lama, HUD, Market-Rate and NYCHA — on May 28 at 6 pm. Clinic focuses on Housing Equity during and beyond the pandemic. Attorneys will field questions. To attend, register at NYCPAHOUSING. Eventbrite.com

A Harlem-based brand architecture and media consultant, Victoria can be reached at Victoria.horsford@gmail.com