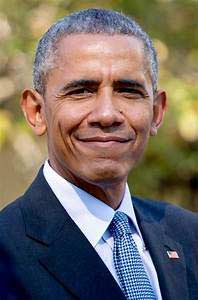 On May 19, COVID-19 stats: More than 1,523,780 Americans have been infected and more than 91,000 Americans have died, out of a population of 330 million. While most of the nation has relaxed its lockdown directives and people are back at the malls, restaurants, and fitness centers, our society is anything but normal.

COVID-19 remains the world’s top story. It is a story still unfolding as a public health menace married to economy downturns. And thanks to the American White House, it is politicized during this all-important election year. The virus crisis will figure prominently in 11/3 election outcome. A race for the coronavirus cure is more important than any NFL, MLB, NBA game. The World Health Organization (WHO), and its members are working ensemble to find a treatment and a vaccine, despite the US suspension of funds totaling $500 million. More than $2 billion is needed for a COVID-19 vaccine. The antiviral Remdesivir is the most popular treatment for non-severe COVID-19 cases, by reducing rehab time. Meanwhile, American epidemiology research centers, medical schools, including MeHarry, and Big Pharma, continue apace in Europe, Japan, Cuba and China, in search of THE vaccine!

On May 17, “60 Minutes,” focused understandably on COVID-19 and underscored the intersection of the pandemic with the economic recovery. Guests included scientist Dr. Rick Bright, environmentalist Bill McKibbean and the US Federal Reserve Chair Jerome Powell. Dr Bright repeated his remarks to Congress last week, saying that the Feds knew about COVID-19 horrors months ago. Powell spoke about the need for a massive federal stimulus, benefiting small business as well as working and middle-class Americans, to jumpstart the economy for a speedier recovery. He suggested that the $3 trillion stimulus advanced last week by the Democrats is just a fraction of what is needed.
Last week President Barack Obama, de facto Democratic Party head, belatedly re-entered national politics with two powerful talks, which were streamed to America’s GenZers — the HBCUs Class of 2020 and HS seniors, people who would be voting next November. One of his more benign remarks was. “The novel coronavirus pandemic has more than anything fully, finally, torn the curtain on the idea that so many of the folks in charge know what they are doing.” The Obama media outing last week has provoked Trump Twitter-verse posts and admission of his new anti COVID-19 daily drug regimen, hydroxychloroquine, used for malaria and prohibited by CDC for any virus efficacy.

THE 2020 ELECTIONS
From May 17, there are 168 days until the 11/3 US elections. The last four years were akin to living in Dante’s Inferno while Nero fiddled. Living through this virus pandemic has been a study in survival and of the resiliency of the human spirit. On to voting matters: Susan Rice, former US Ambassador to the UN and former National Security Advisor under President Obama, is under VEEP consideration by Joe Biden, the presumptive Democratic Presidential nominee.
The Democrats must forego their aversion to deep-pocketed donors and PACs in order to compete with the Republican war chest in the hundreds of millions, some of which is targeted to the removal of Congressional Democrats like African American Nevadan Steven Horsford, and New Yorker Alexandria Ocasio-Cortez, from the Bronx. The Democratic brass needs to conquer at least four US GOP seats to win a Senate majority.

ARTS AND CULTURE
Internationally renowned fashion deity Andre Leon Talley delivers the story many have longed for, in “The Chiffon Trenches, A Memoir.” NY Times reviewer opens, “In America, if you are Black and aim higher than the reach history has set for you, the white gaze will try to leech your spirit of its racial identity.” Memoir, she adds is “summing up of his decades-long career and a pointed commentary on how whiteness works.” Talley grew up in Durham, NC, got an MA at Yale and was snatched from that reality by the lure of NY, where he worked for Women’s Wear Daily before relocating to Paris as its bureau chief, where he rubbed shoulders with international fashion elites, then back to the USA, where he worked at Ebony Magazine, then with Anna Wintour as Vogue’s editor at large. He got what he wanted, at a cost—his identity. His memoir sounds like a confessional destined for bestseller lists.

New York Black scholar/author Jill Nelson, 67, on April 16 left her home in Washington Heights, Manhattan to run some essential errands to the local supermarket and pharmacy, was arrested by NYPD for writing “TRUMP = PLAGUE” in chalk on an abandoned building. She was frisked, handcuffed and taken to the 33rd precinct, where she spent a nightmarish five hours, initially being denied a phone call and being readied for central booking. When she called her husband requesting that he bring her ID to the precinct, she was cut off before giving an address. He brought papers to the precinct unbeknownst to her. When leaving the precinct, the desk sergeant warned her, “Be sure to show up for your desk-appearance ticket or else we’ll come to your house and arrest you.” Nelson wrote the book “VOLUNTEER SLAVERY, My Authentic Negro Experience,” which won an American Book Award; and she has retained Attorney Norman Siegel.