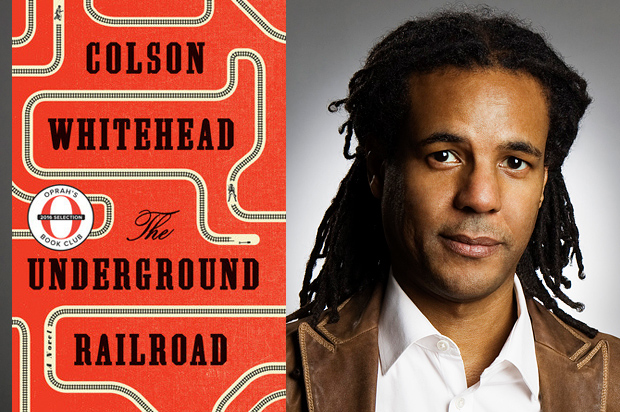 Eric Duggan of National Public Radio
There has been a lot of discussion in pop culture circles about the depictions of Black pain in recent films and TV shows; I’ll engage that debate more fully later. But, for me, The Underground Railroad mostly earns the right to deploy such terrible, emotionally devastating moments. These depictions enable this talented Black director/producer/writer to tell an epic story about Black people — building a TV masterpiece in the process.

On the surface, it’s a story about an orphan slave, Cora Randall (Thuso Mbedu), who uses the underground railroad to escape a brutal, 19th century-era Georgia plantation. But Jenkins’ limited series for Amazon Prime Video adopts Whitehead’s use of magical realism to conjure a tale rooted in painful authenticity, guided by poetic fantasy.

The reality: Cora flees a plantation where a recaptured slave is burned alive during a party held by the plantation owner — a punishment all the slaves watch as a horrifying lesson/deterrent. This master also insists on watching his slaves copulate to supervise their breeding, like prized racehorses.

But when Cora and another slave — the blue-eyed, stalwart Caesar (Aaron Pierre) — make it to the underground railroad, they find it actually is a railroad: a winding set of tracks deep beneath the earth used to ferry Black people away from the horrors of the slave-owning South. Accepting that the train track, locomotives, conductors and station stops are real for the characters focuses your mind on the meaning of their travels more than the circumstances of their escape, allowing the gauntlet of travails Cora faces to serve as pungent examples of larger ideas.

And make no mistake: The litany of nightmares Cora endures while travelling north is a onslaught of Black pain. In one South Carolina city, Black people are allowed to attend schools, taught to read by white teachers. But Cora also works in a museum that seems like a living zoo, where white people gather to watch her recreate her past life as a slave picking cotton inside a glass-windowed display case. It will be no surprise to learn she uncovers darker revelations there, as well.

Later, Cora is smuggled to a North Carolina community where lynched Black people hang from trees lining both sides of the road into town, as a sign that they are not tolerated. She is hidden by a white couple who seem to have little but contempt and anger for her. That is a constant theme in The Underground Railroad; most white characters have damaging, callous intentions for Black people, even if they seem initially benign.

The cast is exceptional, led by Thuso Mbedu’s intense, emotional work as Cora. She often whipsaws between open, uninhibited anguish and a guarded, emotionally shut-down wariness. Affable The Good Place alum, William Jackson Harper, gives the performance of his career as Royal, a free man with whom she builds a complicated, loving relationship.

Joel Edgerton is compelling as Arnold Ridgeway, the white slave-hunter who dogs her trail. He travels with a whip-smart Black boy named Homer (Chase W. Dillon), who does most of the work and exposes Cora’s hiding places most often. Homer seems an embodiment of both the hypocrisy of white exceptionalism and the ways Black folk shackle themselves to serve white masters (this is literal; Ridgeway’s young companion can’t sleep unless he puts his wrist in a chain at night).

Jenkins, best-known for the Oscar-winning film Moonlight, is a director who makes Black folks look beautiful, even in the midst of crushing hardship and pain. His eye for color and majestic images transforms everything from burned-out swaths of Kentucky forest to the endless fields of cotton plantations into arresting tableaus.

But he is also a filmmaker who takes his time in telling stories. Which means viewers must sit in the pain of traumatic moments, waiting for Jenkins to fully reveal the awfulness you know is coming. It’s difficult to endure, especially if you already know the hard truths these moments are engineered to convey.
Many of the more harrowing scenes in The Underground Railroad communicate familiar ideas. The role white jealousy plays in the drive to oppress Black people. The insidious way white culture convinces Black people to work toward their own oppression and the oppression of others. The many ways Black folks struggle to process and transcend trauma. The ways in which Black joy and peace can feel like the briefest of respites from a seemingly eternal struggle.

That’s why, in addition to feeling sorrow and disgust in watching those horrors realized onscreen, I also felt anger. Not just over the unfairness of it all, but for the way Black people have been forced, generation after generation, to expose our wounds from systemic racism, just to prove to the wider — often white — world that it exists at all.

One reason why projects like The Underground Railroad feel so necessary, is because white America has tried so hard to deny, diminish or erase the shame of its racist past — refusing to acknowledge the connection between centuries of oppression and ongoing, current problems.

This version of The Underground Railroad reaches us at a time when we are most prepared for its message, but severely challenged by its delivery system. We are nearly one year past the date of George Floyd’s death; 12 months in which video capturing the brutality of this Black man’s slow murder beneath the knee of white policeman Derek Chauvin has been played and replayed on screens large and small.
Another wound, repeatedly ripped open. And even as footage of Floyd’s death builds sympathy for the victims of systemic racism, it leaves many of us unable to stomach more images of Black lives snuffed out by prejudice and fear.

But Jenkins’ The Underground Railroad demands we endure another look. Because when Cora finally reaches a community led by free Black people, the Indiana winery called the Valentine Farm, we viewers understand why the director brought us through hell to find this oasis. Our relief is as palpable as hers.
There are problems here: great gobs of time spent telling the white slave hunter Ridgeway’s story — and because he’s the most loquacious character, he often tells us his story again, even after the series shows it. The unfortunate drawback is that we learn more about his interior thoughts and motivations than of those of many of the Black characters here, even Cora.

And some of the messaging is delivered with the subtlety of a steamroller, as when a Black character at Valentine Farm declares: “America, too is a delusion. Its very foundations are murder, theft and cruelty. Yet here WE are.”

Still, that line sums up the enduring, transformative message of Jenkins’ epic masterpiece. Black folks are here, ready to survive and thrive, our lives filled with poetry, magic and joy, no matter what an unjust world throws at us.

And that’s always something worth watching.
Copyright 2021 NPR. To see more, visit https://www.npr.org.