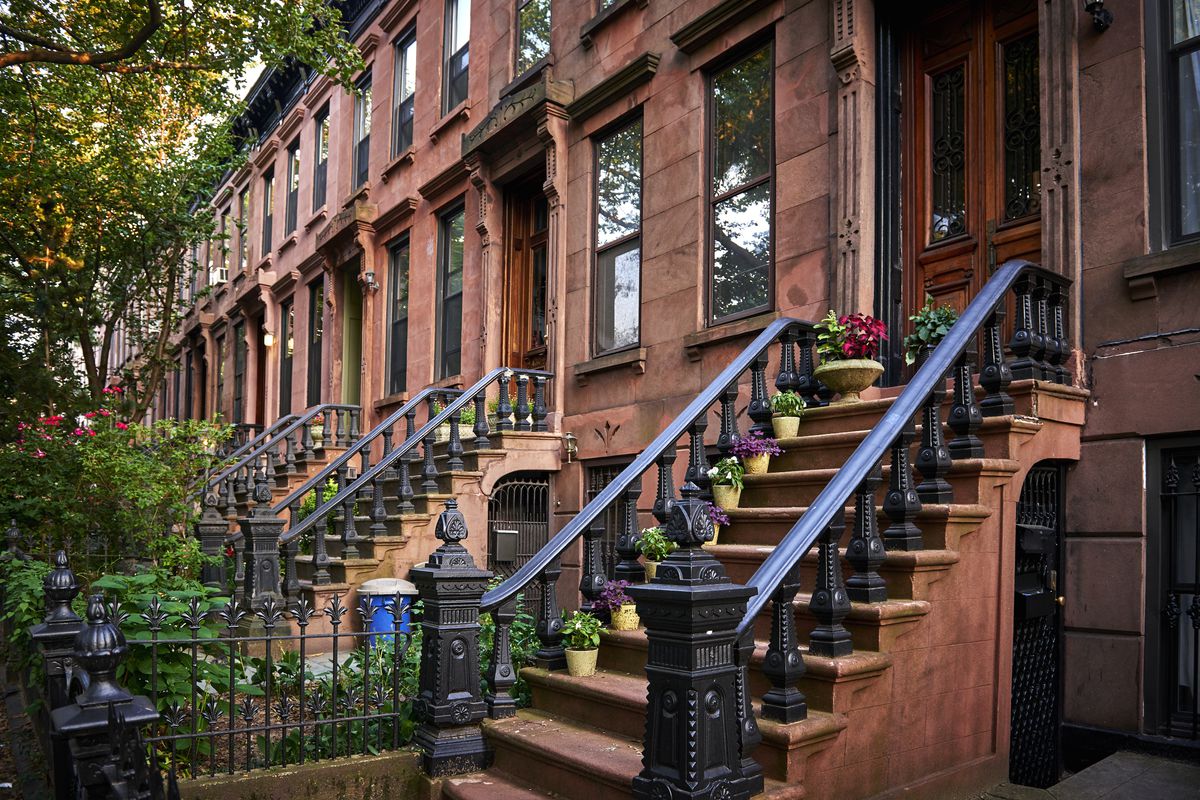 The pace at which new construction and housing rehabilitation is occurring in Brooklyn is literally unsettling for many people. Three- and four-story walk-ups are being reconstructed to stand six-stories and taller. Soon, housing costs will be out of reach for households with incomes below $75,000. It’s essential that Brooklynites get side hustles or upgrade job skills to stay competitive in the job market and thus, make ends meet.

This reporter selected the outdoor seating near the Q/B Parkside Avenue subway station to query the public about rent and in general, how they are living. On July 24, 2018, 55 year-old Shakima (last name withheld) was willing to answer five questions. Shakima lives in the neighborhood in a 3-story SRO on Winthrop Street. She moved there November 20, 2017. She had been incarcerated and once released, chose to live on the streets rather than in a women’s shelter. Subsequently, she moved into the SRO.

“I would prefer to find my own housing and job but, instead, I must rely on my case manager because the information is on the Internet. I don’t have access to the Internet and I’m not schooled on how to get online.” This lady did not know that public libraries were outfitted with PCs and she could be taught to use a computer to meet many needs.

She is pleased with the conditions at her SRO; however, she recognizes there’s a lack of participation by the SRO tenants. Shakima admits that she’s not participating. She is most interested in maintaining her relationship with her husband. She enjoys a common law marriage. Her husband lives in another part of town and was traveling by subway to meet her during the time of this interview.

When asked about her rent, Shakima explained that HASA pays her rent directly to the SRO. Therefore, she does not know how much her rent is or whether it has increased. When queried about Senior Citizen Rent Increase Exemption (SCRIE) and Disability Rent Increase Exemption (DRIE), she stated that she did not know about the programs. At the current moment, Shakima is content with her situation but would prefer to do more on her behalf. She closed the conversation by talking about homeless shelters. “People are choosing the streets over the shelters because some shelters are dangerous. It feels safer living on the streets than living in a shelter.” She pointed to someone nearby where we were talking to identify the person as homeless. The person had set up a few umbrellas around himself as a shield from the sun.

A gray-haired woman with a Caribbean accent agreed to be interviewed under the condition of anonymity. She lives in Bergen Beach to be near her adult son and because where she had been residing the rent was regularly increased. She explained that “A lot of people have to move because the rent is a lot. It is anywhere from $3,000 to $4,000 per month.”

The next person who was willing to be interviewed was Ms. Wyndene Foster. Ms. Foster is married and lives with her husband in a NYCHA building in Canarsie. Mr. Foster works at Barclays Center. Both husband and wife receive SSI.

The Fosters have been living in Canarsie for the past seven years. “We did not choose to live there. Rather, we used a voucher to find a place. Some places you don’t want to live in and we did not get back to them.” The identification of their current home came at a point when Mr. Foster and his brother were developing intolerance for one another.

When they first moved in 2011, the rent was approximately $125.00. Currently, it is more than $400 due to the husband’s employment. They receive one-year leases and every December they are required to report their income. “Depending upon the income, our rent is increased or decreased.” When queried about their involvement with the tenant association, Ms. Foster responded “I believe there is a tenant association but I never joined it.” Ms. Foster was pleased to be informed about SCRIE and DRIE.

Daphne Joseph was another person interviewed at the Parkside Avenue sitting area near the Q/B subway station. Ms. Joseph has been a resident of East New York since 1993. She does nutritional education in Flatbush and Prospect-Lefferts Garden. Ms. Joseph was an enthusiastic interviewee. She stated: “Rents are going up. I have friends looking for a place to live and they tell me about one bedroom apartments going for $1,800 per month! Can you imagine a one bedroom going for $1,800 in East New York? No one should ever have to pay $1,800 for a three-bedroom apartment much less a one bedroom place. How do you eat or travel?” Ms. Joseph added that “Some places are requiring proof that one’s annual income is at least $60,000.”

It was Mr. Joseph who was informed about New York Community for Change (previously known as ACORN). In 1991, Mr. Joseph assured his wife that “In five years the place will not look the same.” What drew them to that part of East New York was the promise “You can have your own home,” “Learn sweat equity and homeownership.” Mrs. Joseph affirmed that they did perform sweat equity to acquire their home. Their housing cost was $305.60 in 1991. In 2018, it is $605. “The current housing company desires more money to earn and, therefore, instituted bi-annual rent increases,” explains Ms. Joseph.

There is a tenant association in many of the New York for Community Change buildings because not all households chose to own their homes. An important perk is the ability to pass one’s unit onto a family member thus fostering generational wealth. When queried about SCRIE and DRIE, Mrs. Joseph explained she was familiar with the programs. The interview was ended because Joseph had to resume her nutritional education.