The Mass Incarceration of Young People is a Major Problem in the United States, continuously
Advertisement 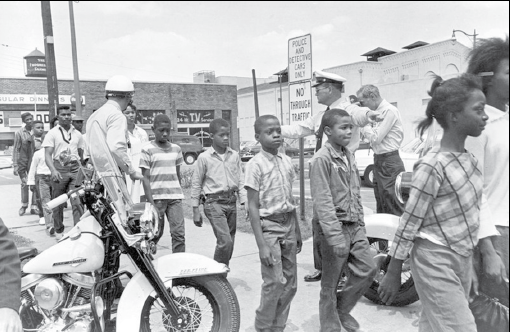 Can you believe that children can get incarcerated at 7 years of age?

In fact, the school-to-prison pipeline is one of the present-day results of desegregation and it is the main pathway to the mass incarceration of juveniles.

The education system and the judicial system negatively label Black students which causes the school-to-prison pipeline.  So Black students are expected to fail.  They drop out of school, hang out in the streets and may get involved with the wrong crowd. It’s assumed that most Black youth are affiliated with a gang or doing something wrong, so they may be arrested for no real reason.

While I was at the LEGACY MUSEUM, I learned that Alabama sentences more Black children to life sentences than any other state in America.  Youngsters are treated like adults.

Black youth deserve the same opportunities as white youth have. I am thankful for a place like the Equal Justice Institute which supports young people and fights so hard for equal rights.

(Editor’s note: The Legacy Museum: From Enslavement to Mass Incarceration is situated on a site in Montgomery, Alabama where enslaved people were once warehoused during the height of the Domestic Slave Trade. It is steps away from an Alabama dock and rail station where children and families were trafficked during the 19th century.   The 11,000-square-foot museum opened to the public on April 26, 2018 in Montgomery, Alabama. It was founded by Montgomery’s Equal Justice Initiative as a counterpart to the National Memorial to Peace and Justice, which is dedicated specifically to the memory of the victims of lynching. The development and construction of the museum and the nearby memorial cost an estimated $20 million raised from private donations and charitable foundations. For more information, visit: eji.org. – Bianca Robinson, co-founder, Rediscovering Lost Values)