The Enemy Under our Feet
Advertisement 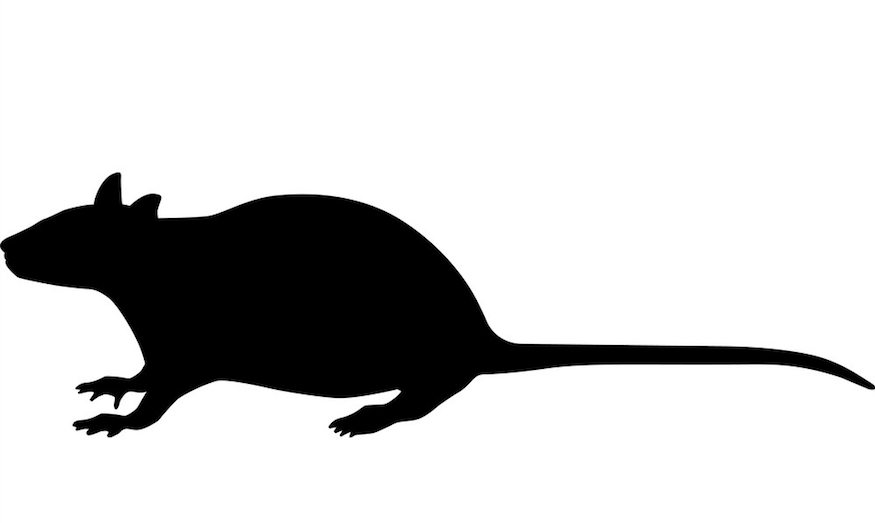 If you live anywhere within the five boroughs of New York City, I want you to answer the following questions for me. Yes, you can answer aloud. I promise that I will hear you. Here are the questions:

When you are walking through your neighborhood at night, do you ever come across rats? Have you ever seen one in the garbage cans that your neighbor has pulled to the curb? Ever been walking home and get startled by the sight of a rat running along the sidewalk near you? Ever been waiting for the train and watched as rats crept through the train tracks, or even worse, on the platform?

If you answered yes to any of those questions, no worries. You’re a normal New Yorker. And the sick realization that we as New Yorkers have actually come to accept rats as part of our communal landscape is the topic of this week’s essay.

Growing up, I can remember my friends and I chucking pennies at the rats that often lurked on the train tracks at the Nostrand Avenue train station. We never hit any of them, but each day we wasted about 10 cents trying. It was just a given to me, even as a child, that when you went into the subway there would be rats down on the tracks. While in high school, I worked for City Marshal Charles Sanchez. His office was on Court Street. I was a mailboy, so at the end of every evening I’d take a crate of mail up to the Cadman Plaza General Post Office. Over there, by Borough Hall, I’d see rats foraging under park benches or in the garbage cans. I’d cross over or take the long way around because the sight of a creeping rat would unnerve me. It still does.

Last week, our local media teams converged on the Claremont Consolidated Housing Projects in the Bronx. A tenant of the housing project, Ms. Asia Clemente, reported that her 1-year-old son had been bitten by a rat in their home. Her report led to other tenants reporting their issues with the large rodents in their apartments. One woman produced a video showing seven rats overtaking her kitchen, going through her pots and in and out of her sink. Another couple spoke about hearing the rats gnawing through the walls at night. Another man killed a rat and showed it to the camera crews while they were there. He said that the rat had bitten his stepfather. The Department of Health has since stepped in to oversee the issues in this housing project, but rat issues like this are prominent throughout the entire city.

The story in the Bronx got me to thinking. Why have we accepted rats as part of the city for so long? And can’t we just kill them all and be done with them? I’m sure that animal rights folk are going to be upset at that second question.

The rats that inhabit our city, specifically the brown rat and the black rat, originated in Asia. The tracking of the history and the migration of a rat is a study in commensalism. Commensalism means that there is an association between two organisms where one derives and benefit from the other. Rats are human-dependent. They eat from the garbage we accumulate. They nest in structures we build, or in the ground that we till. Rats reached our land by riding in the ships that came across seas. New York City is one of the biggest havens for rats in the entire nation. Part of the reason is that our topography is perfect for the nesting and mating of rats; concrete underground caverns with access to water, our housing construction standards, our public sanitation practices.

Figures put the rat population of New York City anywhere between 2.6 million and 30 million, depending on who’s counting. This would mean that there are basically as many rats in the city as there are people. Why isn’t this considered some type of epidemic? Rats are filthy creatures. Coming in contact with one can put a human at risk to catch any one of the dozens of pathogens that rats carry. They bite humans, they’ve been known to attack cats and they even gnaw through wires and tubes underneath cars. A friend of mine was having electrical problems with his car. He took it to the shop and the mechanic showed him wires from underneath that had been totally chewed away by a rat.

A human’s greatest skill, and also his deadliest flaw, is his ability to adapt. New Yorkers don’t realize how dire the rat situation in our city is, because we all grew up seeing them in train stations and just accepting them as part of the whole. But to be living in a city where the rats might actually outnumber the humans is disgusting, alarming and quite possibly an awesome premise for a horror movie, except this is real life.

Last year, Mayor de Blasio launched a $32 million initiative to reduce the rat population. And yet, I still walk in the street when I come home late at night because of the rats moving with indemnity along the front of the homes and businesses. We should take this problem more seriously and demand a better response from our politicians because cutting checks obviously isn’t stopping rats from taking over an entire housing project in the Bronx.

We already knew he was a Nationalist