The Disease that Binds Us
Advertisement 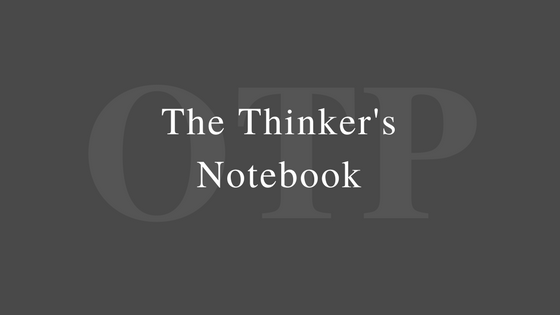 The biggest issue in America is race. You know that. I know that. It is the tension that binds us all, the pink elephant in the room that gets no attention unless he uses the bathroom on the floor. At our best, we are a country that tries to look pass our racist codex, giving lip service to this dream of freedom, justice and equality, only to be reminded through death or assault that our society survives mostly underneath our fantasies of equality, and not on par with it. Racism doesn’t disappear if you can’t hear it, it hasn’t ceased because you haven’t experienced it. And, contrary to popular belief, racism isn’t a white people problem or a Black people problem. One isn’t simply the predator of racism while the other is simply the prey. Racism is a cancer that has the entire nation stricken. We are literally being eaten alive by this disease because 400 years after the first cargo of 20-some-odd Africans arrived on the Dutch Man-of-War ship at the colony of Jamestown, Virginia, we still haven’t figured out how to co-exist without its wretched stench.

This week, two different examples of how sick we are went public, made available for us to dissect. The first incident was the alleged attack on Jussie Smollett. Smollett says that last week, during a late-night run to a Subway deli in Chicago, he was attacked by two white men. They allegedly wrapped a noose around his neck, poured some foreign substance on his clothes and beat him up. Although there was no footage of the incident caught on camera, authorities have pointed to two men that they say are “persons of interest.” The Smollett attack drew an enormous amount of social media attention from all sides. “A Black man, A Gay Black man, attacked by white guys, this checks almost every box.” This thing that we do now, though we deal with racism now differently than our elders did. It seems like we are more willing to commodify racist acts. Memes get made. Hashtags are shared. Blogs get written. People make videos about how horrible the attack is, everyone hoping to go viral. All of this is, of course, done for the better good, right? Even Jussie himself seemed to want to make some headway as a result of the attack. At a concert he performed at, four days after the attack, Jussie proclaimed that he was the “Gay Tupac.” What does that even mean? It doesn’t matter, because the term has gone viral, offering more opportunities for more think pieces. Empty activism, keystroke consciousness. Do you get my drift yet about how this disease has affected us all?

The second incident this week involves actor Liam Neeson. This week, on a press junket for his new movie, Liam spoke candidly about an event that took place nearly 40 years ago. Back then, he had a female friend who was the victim of rape. He states that while the alleged victim was handling the incident in a “most extraordinary way,” he asked her if she knew who the attackers were, and she replied that they were Black. His reaction to this, in his words was, “I went up and down areas with a cosh (a heavy stick), hoping I’d be approached by somebody – I’m ashamed to say that – and I did it for maybe a week, hoping some ‘Black bastard’ would come out of a pub and have a go at me about something, you know? So that I could kill him.” He went on to explain that his reaction to the incident shocked him, and that he sought help from a priest and worked out his issues through power walking and talking with friends. Who knew that power walking could cure racism?

His words have fallen on sensitive American ears, and unfortunately, his attempt to be transparent about an incident that triggered racially motivated thoughts has been received as the musings of a wild racist. Fingers have already been pointed. Hashtags already cocked and aimed. What he said could have been used to build a bigger discussion about the effects of racism on both sides of the line. But instead, before someone like me could even find a newspaper to read his quotes, they were already laced with processed perspectives. Once again, racism commodified, curated and contained. No way out, just a perpetual acceptance and recycling of it all.

Of Race and Country

The Perils of Popularity Politics