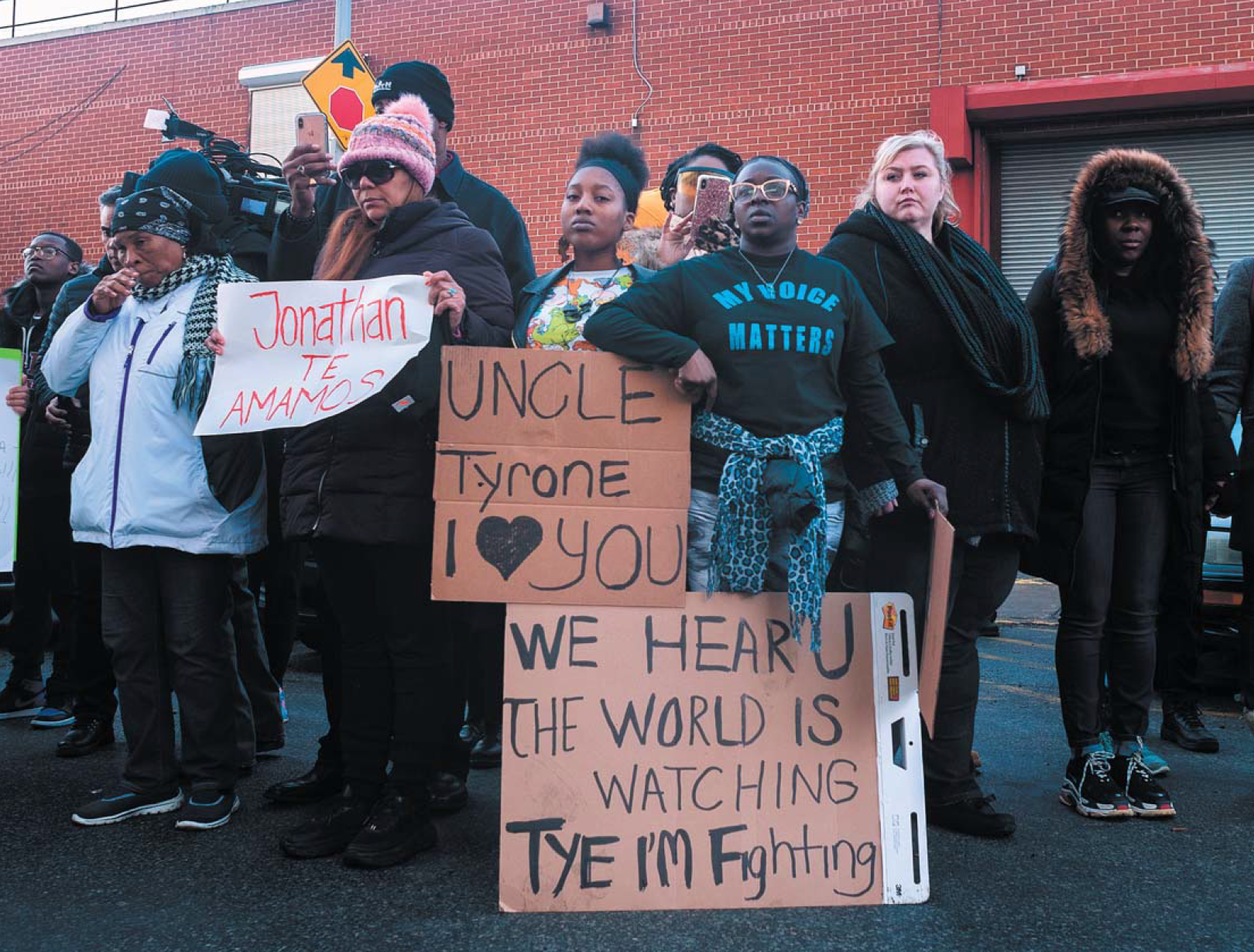 Last week we took the latest blow to the heart and soul of New York City last week, when right here in Brooklyn we witnessed – from a frustrating and heartbreaking remove – incarcerated men yelling for help that did not come from behind the bars of frozen cells. A January 27th electrical fire had dealt a massive blow to the Metropolitan Detention Center in Sunset Park. No heat, no lights, no hot water, during one of the city’s most precipitous temperature drops in recent history. As the deep freeze reached 3 degrees – wind-chill factor aside – the cold, the dark and the lack of communication with the inmates made for dungeon scenarios.

“Conditions at the Metropolitan Detention Center in Sunset Park are inhumane and unacceptable,” said Brooklyn Borough President Eric Adams. “There can be no acceptable excuse for the lack of communication and transparency pertaining to the basic health and safety of inmates. “I have personally spoken with members of our Congressional delegation, and I am grateful for their leadership on this fundamental issue of justice. Inmates’ rights matter, and I encourage Brooklynites to speak out and peacefully protest.”

He need not have called—New Yorkers were already in the streets outside the detention center last Sunday, expressing their outrage that inmates had been without heat or hot water since the Monday before. Several protesters were said to brave the freezing temperatures into the wee hours of the next morning, shining lights on the Center’s windows in support of the prisoners.

Rep. Nydia Velazquez first visited the jail on Friday and could not believe what was happening to the inmates. “The inmates are very, very angry,” said Rep. Velazquez, a Democrat whose district includes the jail. “We expressed our frustration that the warden is not approaching this with a sense of urgency.

Velazquez had seen news reports that hundreds of inmates there spent the past week largely without heat, power or the ability to communicate with their attorneys or families. When she was denied access, she returned the next day with backup – fellow Congresspersons and law enforcement – and was then allowed to speak with some of the imprisoned men.

“After visiting MDC again today it is clear the officials there have disregarded the basic human rights of inmates. This appalling situation needs to be fixed and I will continue pressuring BOP for immediate action,” Velazquez tweeted Saturday.

This is the district of newly-elected State Sen. Zellnor Myrie, who represents the district. He tweeted that the Bureau of Prisons had “gave us incoherent explanations and showed no sense of urgency, and little desire to address the crisis at hand.”

MDC inmates and staff members were called to testify before Judge Analisa Torres of the U.S. District Court for the Southern District. One inmate who suffers from colitis reportedly had to lie for days in bloody sheets. Attorney Deidre von Dornum, a federal defender, said inmates were not being fed until 2pm on most days of the power outage.

About 1600 inmates are housed at the Metropolitan Detention Center. Their family members and friends, some of them protesting for periods outside, were suffering not only the frigid temperatures, but the cold initial responses from authorities, who took a while to be roused to the urgency of this de facto human rights abuse.

Donnell Murray, an inmate at MDC since January 2017, said at a hearing that he kept moving, walking around his cell wrapped in blankets, trying in vain to keep warm. And waiting, and waiting – to take a shower, to be given the courtesy of an update. “I was struggling with trying to stay warm and keep my spirits up,” he said.

While heat and light were restored to almost all of the prison by Sunday, there was little offer of consideration or clarity. For both those inside and their loved ones outside, the ground has shifted along with the assumption that inmates will be prioritized and protected. Dino Sanchez, an inmate who reportedly suffers from asthma “has been left to freeze in his short-sleeved jumpsuit in the dark,” public defenders say. They added that jail officials have taken no steps to provide Sanchez with “an oxygen mask, clothing, blankets, or access to a habitable location that will mitigate his health risks.”

Lawyers with the Federal Defenders filed a motion Thursday in Brooklyn federal court on behalf of inmate Dino Sanchez asserting that Sanchez, who suffers from asthma, “has been left to freeze in his short-sleeved jumpsuit in the dark.” The court papers say jail officials had taken no steps to provide Sanchez with “an oxygen mask, clothing, blankets, or access to a habitable location that will mitigate his health risks.”

The sound of the men banging on windows walls and pipes was eerie. But so were the delayed and muffled responses by those whose salaries are paid by the taxpayers.

A lawsuit has been filed accusing the Federal Bureau of Prisons of exposing prisoners to inhumane conditions at MDC. A hearing is scheduled for Feb. 13.

With information from Democracy Now!