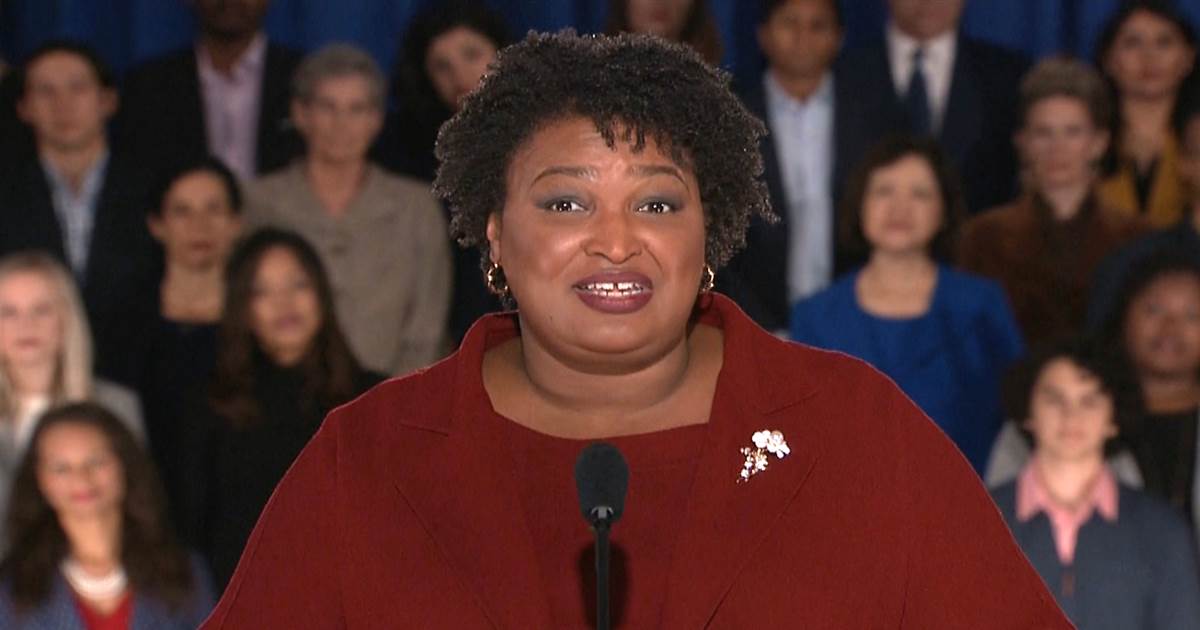 A Breath of Fresh Abrams

Ms. Abrams was a brilliant choice as the person to give the Democratic response to Donald Trump. She is the polar opposite of the narcissistic and delusional crime boss that is the President of the United States.

The Democratic Party wants Abrams to run for senator in 2020 because they know that without voter suppression, she would be governor of Georgia right now.

Ms. Abrams exudes an aura of humanity and authenticity that stands in contrast not only to the current president, but also to the ambition-driven campaigns of the current crop of Democratic candidates concentrating on positioning themselves and explaining their past positions that were at odds with who they want to appeal to now. Perhaps the person to call on is not the one with their hands straining in the air yelling, “Me-Me-Me.” Current presidential candidates should breathe a sigh of relief that she’s not in the race.

“When people tell you who they are, believe them,” said Maya Angelou. In his State of the Union, Trump said, “If there is going to be peace and legislation, there cannot be war and investigation,” Trump continued, “It just doesn’t work that way.” He means it. Nothing is more important to Trump than Trump.   He will be running an ongoing war of tweets on the several congressional investigations that are about to begin public sworn testimony soon.

And that’s before the Southern District of New York investigations; that is a whole different kettle of fish, and one that legal experts say is most dangerous for the president. They are looking into the $100 million the presidential inauguration committee took in.

The potential here is not for political liability, it is criminal.

Governing in this environment will mean being in a dual world where the rage and antics of the president are seen as a sideshow to the business of governing. This is how the Republicans have been working already, but now they’ll be with a Democratic majority in the House. And as Democratic Caucus Chair Cong. Hakeem Jeffries made clear in the weekly press conference, the responsibility of oversight is taken seriously, and the Mueller investigation will be protected.

“House is a separate and co-equal branch of government. We have an Article 1 responsibility to serve as a check and balance on an out-of-control executive branch,” said Jeffries. “.. we will not be bullied by the President of the United States. The days of the house operating as a wholly owned subsidiary of the Trump Administration, are over. That ended January 3rd.”

The message Jeffries is putting out is this: they will investigate “with restraint and regular order,” and pursue their major priorities of “lowering health care costs, the price of prescription drugs, an infrastructure plan and cleaning up corruption.”