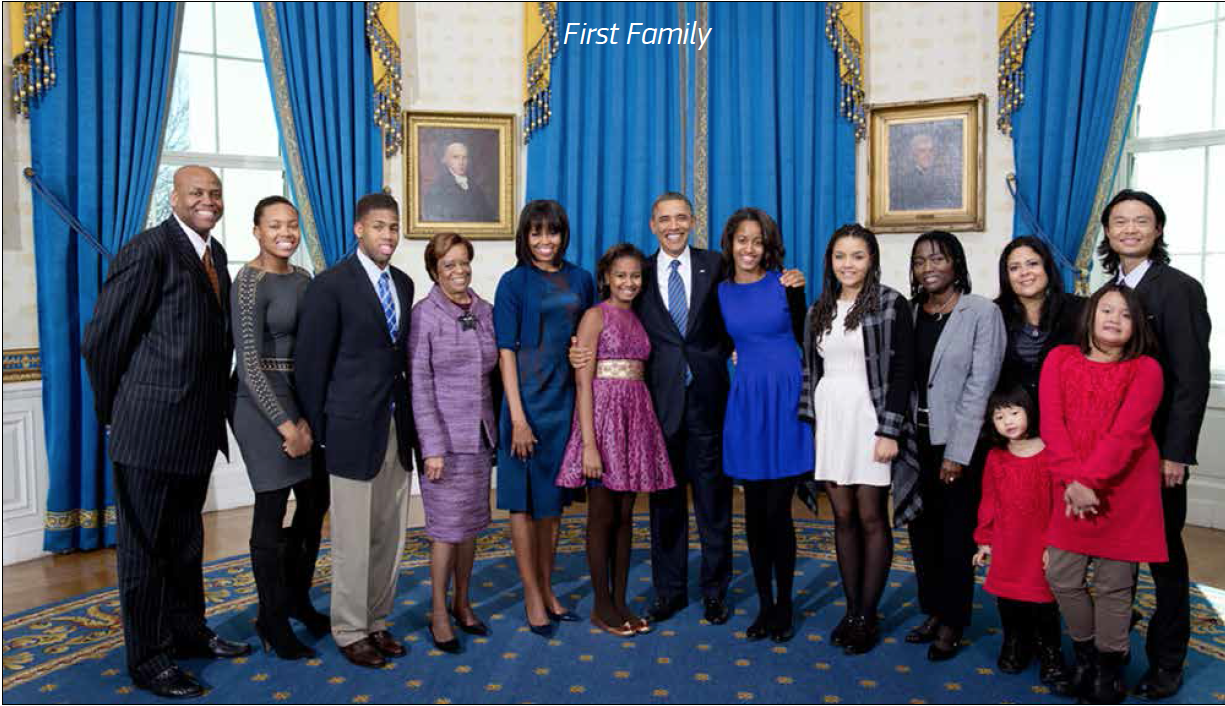 At his last press conference, yesterday, President Barack Obama was reminded that he had said he would come back and fight for the Dreamers. His answer went viral to s follow-up question posed by a reporter, “And what did you mean when you said you would come back?”

PRESIDENT OBAMA: I did not mean that I was going to be running for anything anytime soon. So, what I meant is that it’s important for me to take some time to process this amazing experience that we’ve gone through; to make sure that my wife, with whom I will be celebrating a 25th anniversary this year, is willing to re-up and put up with me for a little bit longer. I want to do some writing. I want to be quiet a little bit and not hear myself talk so darn much. I want to spend precious time with my girls.

So those are my priorities this year. But as I said before, I’m still a citizen.

Last week, Our Time Press asked local community leaders for their thoughts on what President Obama should do after he is rested and taken some time for himself and for his family. Here are some of the responses:

Once Barack Obama is fully rested, what do you suggest his next project or mission be?

Ethel Tyus, Board Member, General Counsel and Treasurer for Crown Heights North Association suggests: As a constitutional law professor, President Obama can help guide state and local legislators in using voting and census data to reconfigure the gerrymandered districts that gave Republicans control of both Houses of Congress. This should be done in preparation for the 2020 elections.

His next order of work is involvement with the “My Brother’s Keeper” initiative. He can serve as an inspirational force and a role model. Barack Obama could do symbolic and substantive things to uplift Black boys and young men. He can continue his efforts in gun control in the United States or actualize his interest in developing future leaders—girls and boys—as exemplified by PECASE awardees and other endeavors [who are new professionals in their respective fields].

Former presidents have done great things both at home and abroad in terms of directing attention to important causes and continuing to help the American people grapple with tough problems. Leaving the Office of President of the United States does not have to be the end of service to the American people. After his presidency, and after a well-deserved vacation, I hope President Obama will continue to lead on mentorship and the “My Brother’s Keeper” initiative. In Brownsville, I have seen firsthand the difference mentorship can make in the lives of our community’s young people. President Obama has a standing invitation to come and visit “The Campus”, our first-in-the-nation technology and wellness hub at a public housing site that has helped so many young people through mentorship and after-school education. I am positive that President Obama will continue to be an inspirational figure and that he will help lead on youth engagement, education and ensuring the next generation of America’s young people have every opportunity to succeed. I look forward to whatever initiative he puts his mind to in his post-presidency, and I am sure he will bring the same sense of purposeful commitment to whatever challenge he chooses to take on. The same applies to our outstanding First Lady Michelle Obama. She has a record of leadership and inspiring people around the world.

I think President Barack Obama’s next mission, after he leaves the White House, should be to champion these three causes: the first being the protection of the right to vote. The second cause would be to assist in developing a fair and equitable system for reapportionment and redistricting that also respects minority-majority districts. Lastly, to mentor and train a new generation of leaders in the Democratic Party.

President Obama’s service has been invaluable. I hope he will have a larger role within our Democratic Party to ensure the policies we have worked so hard for; i.e., correcting racial injustices, health care for all, STEM education, etc. will remain intact under a Republican Administration. His next move should also mirror that of his predecessors, such as opening his Presidential Library, authoring more books and speaking engagements, particularly within our urban communities which will benefit so many of our young people. Whatever pathway he chooses, I am sure our nation will continue to benefit from his service for many more years to come.

Voices From the Women’s March on Washington