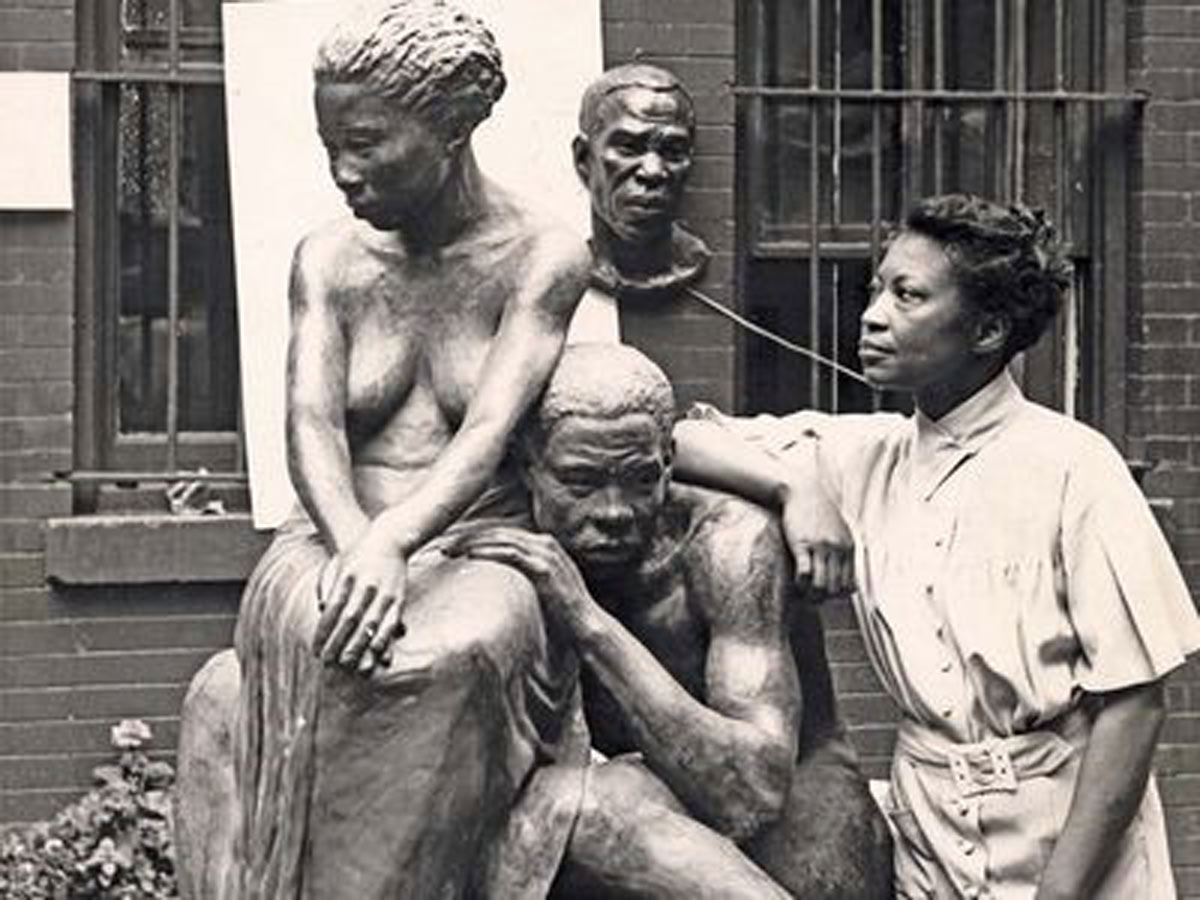 Augusta Fells began modeling figures from the red-clay soil of her native Florida at an early age. When just 15 years old, she married John T. Moore in 1907 and had her only child, Irene, in 1908. After Moore died a few years later, Augusta moved to West Palm Beach, Florida, in 1915. About that time she married James Savage, but she divorced him in the early 1920s and kept his name.

Once she discovered a good source for clay, Savage thrived artistically in West Palm Beach, receiving local encouragement and prizes. She moved to Jacksonville, Florida, hoping to make a living by executing commissioned busts of the city’s well-to-do African Americans. When that plan failed, she left her daughter with her parents in Florida and moved to New York City to study art. In 1921 she enrolled at Cooper Union in the four-year sculpture course, but her instructors quickly waived many of the classes in light of her talent. She graduated in three years.

In 1923 Savage became the focus of a racial scandal involving the French government and the American arts community. She was among some 100 young American women selected to attend a summer program at Fontainebleau, outside Paris, but her application was subsequently refused by the French on the basis of her race. The American sculptor Hermon A. MacNeil was the only member of the committee to denounce the decision, and he invited Savage to study with him in an attempt to make amends. Also in 1923 Savage married for the third and final time, but her husband, Robert L. Poston, died the next year. Following this period, Savage worked in steam laundries to earn money to care for her family and to save for studies in Europe.

In the 1920s Savage received commissions to sculpt portrait busts of W.E.B. Du Bois and black nationalist Marcus Garvey; both pieces were hailed for their power and dynamism. On the strength of these works and especially the poignant Gamin (1929)—a portrait bust of a streetwise boy and one of Savage’s few extant pieces—she received a Julius Rosenwald Fellowship that enabled her finally to study in Paris in 1929–31.

The Great Depression brought art sales to a virtual standstill, however, and so when she returned to New York she began to teach art, founding the Savage Studio of Arts and Crafts in Harlem in 1932. In 1934 Savage became the first African American elected to the National Association of Women Painters and Sculptors (now National Association of Women Artists). In 1937 she became the first director of the Harlem Community Art Center, which was established under the Works Progress Administration Federal Art Project (WPA/FAP). The art centre in Harlem played a crucial role in the development of many young black artists. Savage also fought successfully for the inclusion of black artists in WPA projects.

In the late 1930s Savage was commissioned to create a sculpture for the 1939 New York World’s Fair. The piece, The Harp, inspired by James Weldon Johnson’s poem “Lift Every Voice and Sing,” became one of her best known. Unfortunately, it and many other works by Savage were never cast in durable materials and were later lost or destroyed. Savage opened a gallery specializing in art by African Americans, but it did not survive for long. She retired from art in the 1940s, moving to a farm in Saugerties, New York.
Images https://womenatthecenter.nyhistory.org