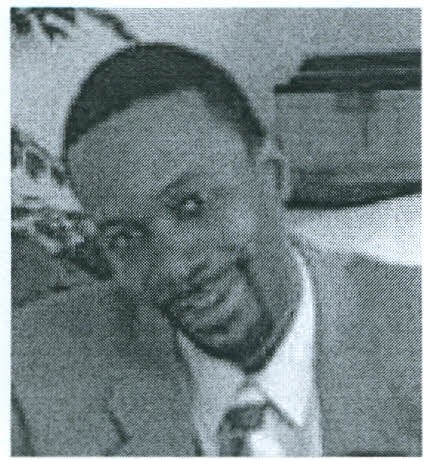 and Olivia A. Queener Goodwin. He was a 1991 graduate of South High School and was
to graduate from Akron Law School in December 2016. He attended Mt. Calvary
Pentecostal Church and was a member of the Black Law Students Association. He
enjoyed riding motorcycles, cars, and was a self-taught handyman. A conscientious
journalist and fair reporter, John had been employed with the Youngstown Vindicator for
14 years (1999-2013), leaving due to illness. The Vindicator supervisors recalled the
passion and understanding for his reporting the challenges of the inner city. “He was an
accomplished, proud, young African-American male in a unique era for his ‘generation.“
His co-workers remembered his article on the homeless in Youngstown. John spent a
few days in the role of a homeless person, sleeping and eating at a shelter. His articles
raised the public’s awareness of the problems in the city.

John leaves to mourn his passing, but to rejoice in his peace, his father, John (Margarite)
Goodwin, Sr. of Melbourne, FL; his most beloved son, John W. Goodwin III and his
mother, Patrecka Adams; his brothers, Clarence (Nicole) Goodwin, Sr. and Barry
Goodwin; his sister, Amy Williams, all of Youngstown; his companion, Dr. Angela
Matthews of Ohio; and a host of nieces, nephews, other family and friends.

He was preceded in death by his mother, Olivia; his grandparents, Minnie and Sam
Goodwin, Sr., and Carl and Amy Queener; and stepfather, Ronnie Matthew Williams.
Friends may call Tuesday from 10:00 – 11:00 a.m. at the church. Arrangements
entrusted to the L. E. Black, Phillips & Holden Funeral Home.