MS. MARKLE WAS HAVING NONE OF IT
Advertisement 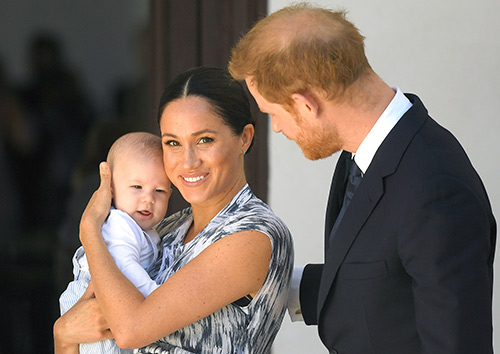 They never should have let an “uppity,” “light-skinned,” Black woman with “good hair” into the royal family. They should have known that “fine, fair and flip” would have more class than they could ever hope to have and put them to shame.
Whatever made them think she would go on welfare (which is what that “sovereign grant” really is) and do a Section 8-type deal on her husband’s grandmother’s house just to please them?  Of course, his granny got it for free with no mortgage, no taxes, HOA or maintenance fees, but then, she is old school. She has been living on the dole all her life. She really doesn’t know any better. She is an umpteenth generation welfare recipient with a council house mentality.
Poor Harry, I bet he had no idea when he met Ms. Markle that she would be putting him to work as soon as their firstborn appeared. Harry did a serious stint in the military and understands the responsibilities of “work.” After two years, he was promoted on his own merits. The boy went to Sandhurst, he was trained to be a warrior.  When there was a bruhaha about Harry going to the frontline he said:  “If they said, ‘No, you can’t go to the front line’ then I wouldn’t drag my sorry ass through Sandhurst and I wouldn’t be where I am now.” When he was finally deployed, he said he’d leave the army if told to remain in safety while his regiment went to war. That is a stand-up guy. Little wonder he named his firstborn son Archie, after an officer in his regimen. Clearly, Harry has no issues with work and probably looks forward to it. If this should catch on, the royals could be in a whole lot of trouble.
No wonder William is upset with him. If Harry gets a job the people may insist that he get one too. Next thing you know, Kate, the stay-at-home mother, will be giving piano lessons or Pilate classes just to make ends meet. People will be wagging their tongues and saying, ‘Well, she shouldn’t have had all those children if she couldn’t afford them.’
Prince Andrew can sit up there as bold as you please. He has been living off the teat of the British people all his life.  Even though he now has a desk job, he still opens his envelope on “check day” to find the same annual 249,000 pounds he was getting before he got caught diddling little girls.  Even if they dock him, the man has an estimated worth of 34, 000,000 pounds. That’s enough to make him ineligible for food stamps. He gets another 20,000 pounds from the Navy which is good because now he has tip- and hush-money. He will always live large because he has no mortgage on his Swiss place or the Royal Lodge in Windsor Park. Push comes to shove, he can always do Airbnb.
The entire Royal family gets that “Sovereign Grant” which is about $104.8 million dollars a year. Unlike welfare, they don’t have to apply for it or go to ghastly meetings to prove their worthiness. All they have to do is show up, smile and occasionally shake a hand or two and wave, of course. Waving is a big part of the requirements. For that, each British taxpayer pays about 65 pence a year. “It’s nice to be King.”
Harry only makes $50-53K a year from the British Army Air Corps, that might cover Archie’s nursery school tuition. Of course, he has his inheritance from his mum, but we try not to dip into that. Meghan, on the other hand, has always been a very good breadwinner. She made ten times Harry’s salary when she was working. Her mother taught her to be frugal and she was. Meghan walked into the marriage with $5M, which she earned herself. She may have accepted unemployment, because after all, she is an actress, but she never lived off the teat of the American people. She never asked them to pony-up a buck each to pay for her hats.
It took a Black woman to help them evolve. A Black woman to show them that work can be invigorating as long as you’re not exploited.

NYC Dems: Killing of Soleimani was “Reckless” and “Dangerous”