Mayor Pushes to Increase Diversity in the FDNY
Advertisement 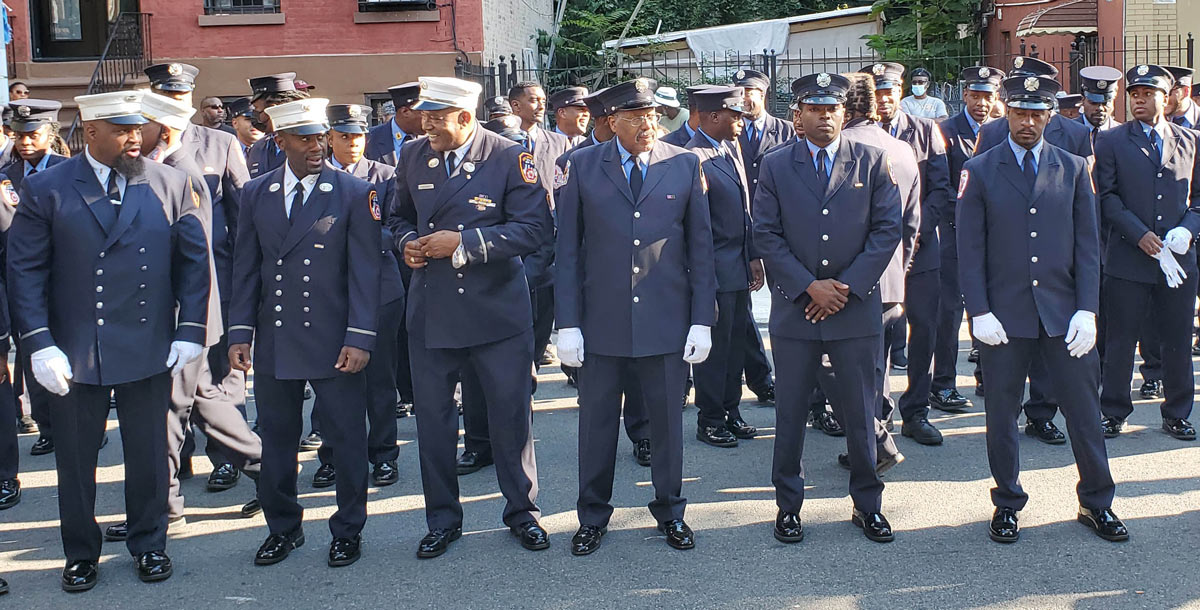 FDNY to Increase diversity in the ranks: On Sunday, Sept 11, 2022, The Vulcan Society of Black firefighters and the First Quincy Street Block Association & Community Garden commemorated the 12 Black firefighters who died at the World Trade Center. Photo: Chris Cook

On November 29, Mayor Adams signed a package of five bills to improve diversity within the Fire Department of the City of New York (FDNY). As the graphic prepared by the Council’s Black, Latino, and Asian Caucus shows, these are bills long overdue.

The bills will:
Establish a recruitment and retention plan for firefighters. The bill requires the FDNY, in consultation with the New York City Department of Citywide Administrative Services (DCAS), to develop and implement a plan to recruit and retain individuals from underrepresented populations within the rank of firefighter.

Require a survey of permanent firehouse upgrades to establish a working environment that facilitates use by a mixed-gender workforce. The bill requires the FDNY to survey each firehouse to determine the permanent facility upgrades necessary to facilitate use by a mixed-gender workforce. Upon completion of the survey, the FDNY will then submit a report on the findings of the survey detailing permanent facility upgrades necessary at each firehouse, the feasibility of implementing such upgrades, and any construction plans to make such upgrades.
Require the FDNY to submit an annual report on the number of employees assigned to each firehouse or special operations unit, disaggregated by gender and race or ethnicity, as well as the number of individuals who reside within the immediate service area of each fire company, disaggregated by gender and race or ethnicity.

Require the FDNY, in consultation with DCAS, to develop and implement a plan for providing ongoing training and education to all employees regarding diversity and inclusion, including training on the department’s anti-harassment and anti-discrimination policies. FDNY will also be required to post an annual report on its website regarding efforts taken to implement such training.

Require the FDNY to submit an annual report on complaints filed with the department’s Equal Employment Opportunity office regarding potential violations of the city’s Equal Employment Opportunity policy. The report will include information on the number of complaints that resulted in corrective action taken by the FDNY, further disaggregated by the form of corrective action, including, but not limited to, formal reprimands, fines, loss of pay or benefits, transfers, suspensions, demotions, and terminations.

Advertisement
Related Topics:FDNYfirefighterstopstories
Up Next