How Do You Take Your Coffee?
Advertisement 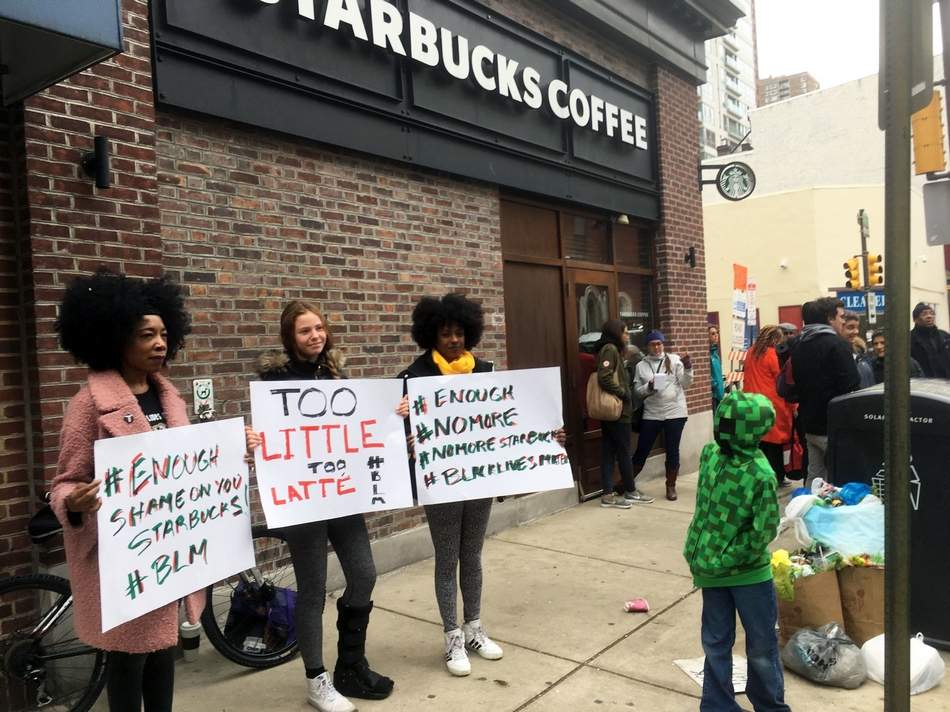 Another week, another call to boycott another corporation. This week the corporation was Starbucks, and the call to boycott stemmed from an incident that took place at a Philadelphia Starbucks on April 12th. Two Black men were arrested after the store manager called 911 to say that the two men were refusing to leave the store. The men were at the Starbucks waiting on another person. They did not purchase anything while they waited, and they were denied access to use the bathroom, the manager citing the policy that the rest rooms are for paying customers. And although Starbucks is known globally as a meeting place where you can hang around and wait for your friend, or use the bathroom if you need to, for some strange reason the unofficial norms did not apply to these two men, and they were arrested for loitering.

There are many ways to parse through this incident. You could blame the manager. She obviously chose to deal with these two men with bias. People use Starbucks as a meeting place all of the time. Other than these men being Black, what did they do to warrant such punishment? You could blame the cops. Granted, they were called with information about loitering. However, when they arrived and saw for themselves that these two men were just there waiting on a friend, a friend who, by the way, showed up while the cops were on the scene, they most certainly could have chosen to leave the situation alone. They did not have to make an arrest. You could blame the two men. Common courtesy calls for reciprocity. If you are using a coffee shop as a meeting place, a place where you intend to conduct business, maybe use their Wi-Fi, common courtesy would call for you to patronize the business in some way. You could buy some tea while you wait for your friend. A small gesture such as that would’ve surely kept all of the drama at bay. You aren’t loitering if you’ve purchased a cup of tea.

On Tuesday, the corporation took a step to show that they are going to accept the blame. They announced that on May 29th they will close all 8,000 US stores for one day in order to conduct an afternoon of education intended to educate their employees about racial bias. Starbucks CEO Kevin Johnson spent time in Philadelphia and after talking with members of the community, he decided that this was the right thing to do. Even though the move can be seen as either an equitable step in the right direction or a Hail Mary PR move meant to save them from the boycott hell that stores like H&M are still going through, if one afternoon of sensitivity training was all it took to solve America’s racism problem, we’d be solved by now. Truthfully, the incident in Philadelphia alone doesn’t reveal any systemic discrimination from a corporate sense. Growing up here in Brooklyn, I can tell you about countless times when my friends and I were followed around in department stores all over the city simply because we were young Black men. I submit that such a policy enacted in a variety of department stores over the course of years speaks more to systemic discrimination than does what happened at the Starbucks. Are the arresting officers going to attend classes on racial bias? How about the media and the reporters who felt the need to state that the two men were real estate agents, speaking it sarcastically in their defense like if they were unemployed then arresting them would be okay? How about the other patrons who watched the whole thing go down and said nothing? How about the politicians who ignore the climate in our cities, or the white community that are so hypersensitive to the Black experience that they cry for blood via social media at every Caucasian-based fault? The problem of racism is deeper than anything an afternoon class can solve. The Starbuck’s student body will attend class on May 29th. They will sign in. They will enjoy the lunch provided. They will listen to a lecture, watch some workplace videos and absolutely nothing at all will be solved because racism can’t be solved in class. It’s an affair of the heart.

I hope the two men that were harassed and arrested are compensated for their inconvenience. I hope that the move by Starbucks to take a corporate stand against all forms of discrimination becomes contagious. As for me, I’m going to stick with drinking Bustelo. I like my coffee strong, reasonably priced and sold in small businesses.

The Fall of an Icon

Why They Kill Us