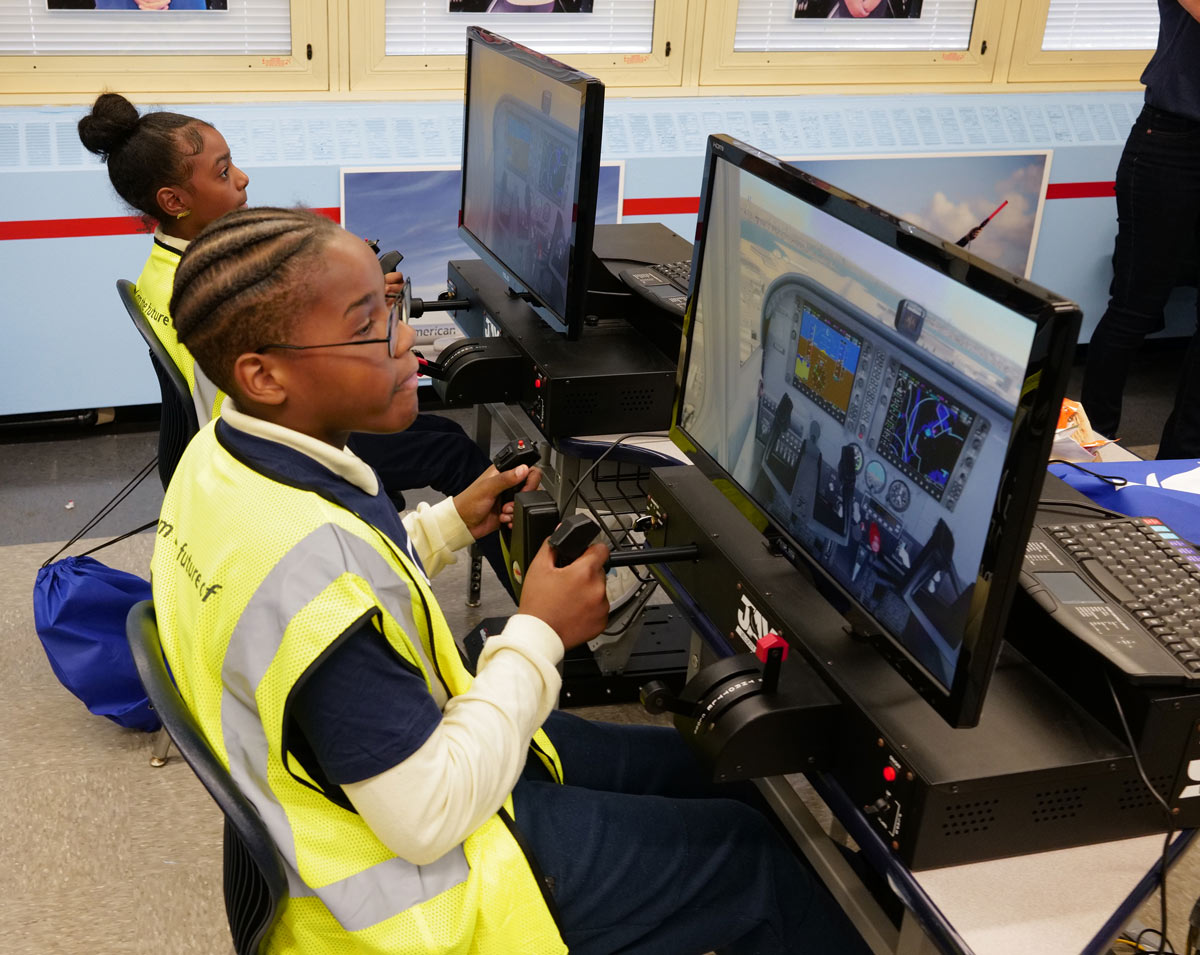 Joined by her students, a host of community leaders and American Airlines officials, including her son Jamie D. Gates, a cadet pilot with the company on October 21, Principal Gate hosted a ribbon cutting for the new Dr. Ronald E. McNair Aviation Center in PS 5. The Center is equipped with most everything the students need to fly a plane, from simulators to flight journals.

Principal Gates told Our Time Press, “We currently have a model plane in our courtyard where children will be able to learn how to fix and build aircraft.
“The center will provide our children with a career pipeline and pathway into careers in aviation not only as pilots but as flight attendants, managers, and mechanics.
“Other schools taking aviation classes at PS5 are PS21, PS309, Madiba Prep; Research & Service High School, and Dreams High School Program.”
Students also will learn the basics of takeoff and landing. The program’s goal is to show interested students that there is a pathway for them to the sky, and it can be through the American Airlines flight academy.

Helping and mentoring students along that road will be American Airlines pilots and staff from nearby LaGuardia Airport, volunteering their time and telling their stories about how they came to a career in aviation.
Christina Flores, managing director of aviation recruiting and programs at American Airlines, said the program would be instrumental in “exposing youth to the power of flight at an early age and encouraging them to dream big.”

At the ribbon cutting, students were awarded flight badges and given jackets and flight journals to begin logging their simulator time.
The airline has also contributed $1.5 million to the Organization of Black Aerospace Professionals. A group whose mission is to inspire excellence and “provide opportunities in aerospace by Supporting, Transforming, Educating, and Mentoring our members and communities. And to increase minority participation in aerospace through exposure, training, mentoring, and scholarships.”