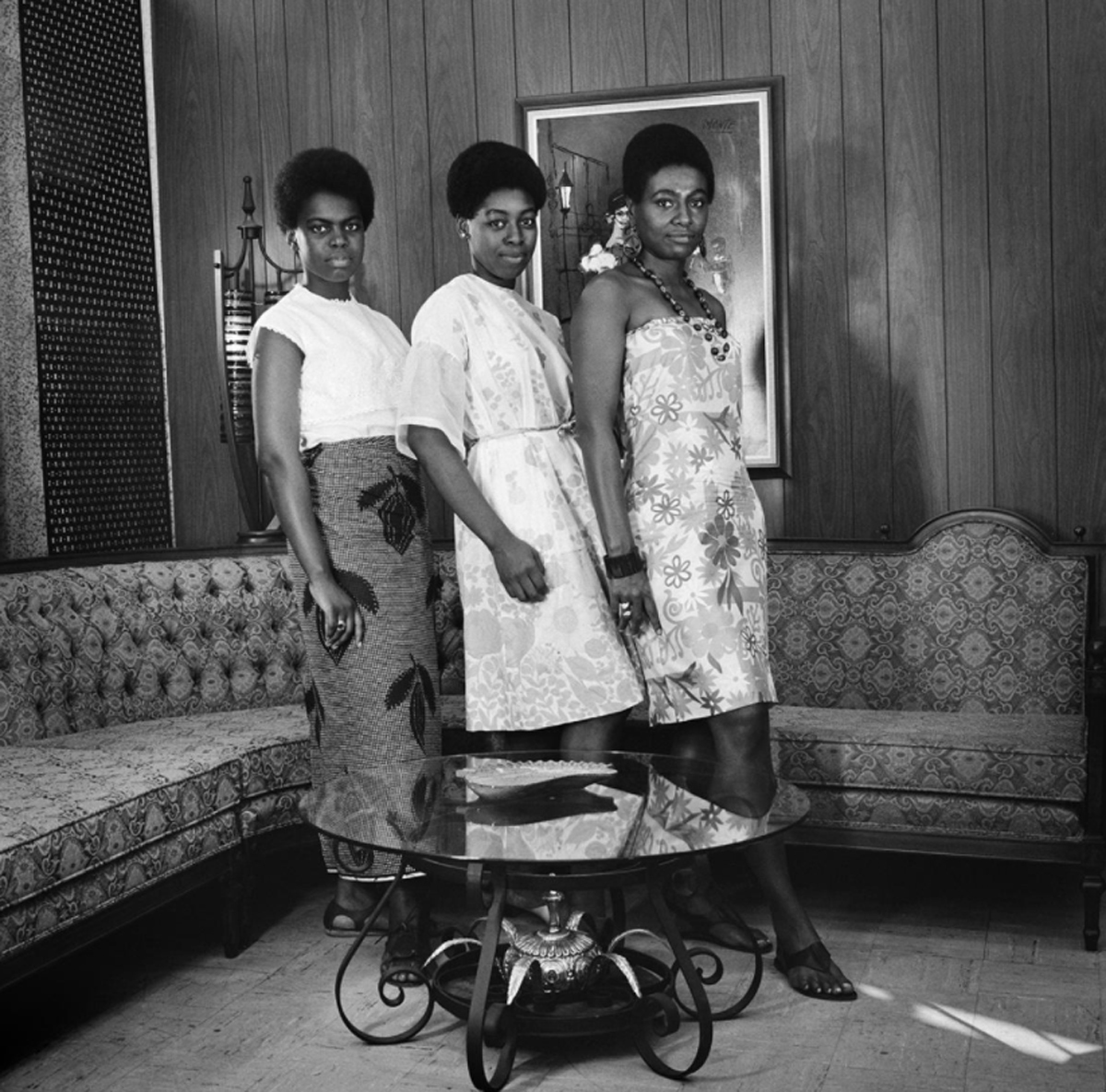 In Celebration of the 60th Anniversary of “Naturally ‘62”

Part II of II
by Maitefa Angaza
The celebrated couple, jazz drummer Max Roach and vocalist Abbey Lincoln, toured by bus with the Grandassa models and AJASS producers, helping to present the Naturally shows to sold-out venues across the nation. Many Black women were enthused, many more were intrigued, but cautious. “The Grandassa Models paved the way for these women,” said Bob Gumbs, “because it was challenging at that time. Many lost their jobs because there were no laws that protected them.”

In addition to the clothing-design skills many of the models had, they would make their own outfits and even accessories, including jewelry.
”We were able to employ ourselves and manufacture for us,” said Black Rose. “Being self-sufficient gives us a sense of pride.”

Today, Barbara Adzua Solomon, founder of Adzua Arts Associates and author of the Princess Kamala series, offers several other engaging titles for children at adzuaarts.com. Lifelong entrepreneur Black Rose produces essential-oil blends as a certified aromatherapist and sculpts beauty onto the heads of Black women with her hairstyling skills. Graphic designer and author Gumbs says that this summer the Studio Museum should have new copies of the sold-out Black Is Beautiful poster he helped to create.
Solomon’s stand for self-love faced an extreme emotional challenge that she was victorious in overcoming.

“My mom was very much against it,” [her natural hair] she said. “And when she saw that she could no longer control me, she took some sleeping pills and tried to kill herself. We caught it in time and when she got to the hospital, they pumped her stomach. But the caveat to this was when the doctor came and asked what happened. He wanted to know why she had done this. My father said, ‘Well she was upset because my daughter wouldn’t straighten her hair anymore. But the doctor had the most peculiar look… He was white and his cultural background wouldn’t let him understand why this was so important.”

What is significant, however, is the legacy left by Naturally ‘62 which has made it easier for the Black women and girls who came after Solomon. Naturally ‘62 is number eight on New York Magazine’s The Cut list of “8 Runway Shows That Pushed Fashion Forward.” And the aforementioned iconic 1970s poster uses Braithwaite’s photos and Gumbs’ design to spell out the words, “Black Is Beautiful.” At an exhibition of fashion photography at Houston’s Museum of Fine Arts the poster was made into an arresting 20-ft high mural; visitors looked up to these fashion pioneers, literally and figuratively. Particularly important because, as Souleo pointed out, the show was groundbreaking in showcasing models of all shapes, sizes and colors, placing them “at the forefront of breaking barriers.”

Naturally ‘62 inspired similar shows, not only in the U.S. but across the world. And AJASS brought the Grandassa models to Africa, the Caribbean and other destinations.They became known worldwide, appearing in newspapers and magazines and on album covers. Their natural Black beauty movement inspired Angela Davis, The Black Panthers, Nikki Giovanni, Nina Simone, Aretha, James Brown, Miriam Makeba, Melba Tolliver, Cicely Tyson, Ed Bradley, Stevie Wonder, Gil Scott-Heron, Sly and The Family Stone, Richard Pryor, Arthur Ashe, Colin Kaepernick, Questlove, and so many more who wore, and some who still wear, natural hair. Even Rihanna, who is not often seen with a natural style, cited Kwame Brathwaite’s photos as the inspiration for her fashion line.

“It’s no longer a conversation about hair,” said Solomon. “It’s no longer an upset if you’re called black… So we have changed the conversation with the help of AJASS, with the help of Carlos Cooks. All these people who have come before us, they stood in the breach when there was nothing there. And we built something on that so that when we turn on our TV, we look at our magazines and Black is beautiful all over.”

The acclaimed photo exhibition, Black Is Beautiful: Kwame Brathwaite will return to New York August 19th after traveling the nation and will be on display at the New York Historical Society until January 16th, 2023. The show and its attendant programming will celebrate not only his gifted eye, but his creative mind, and his heart filled with love for the people.