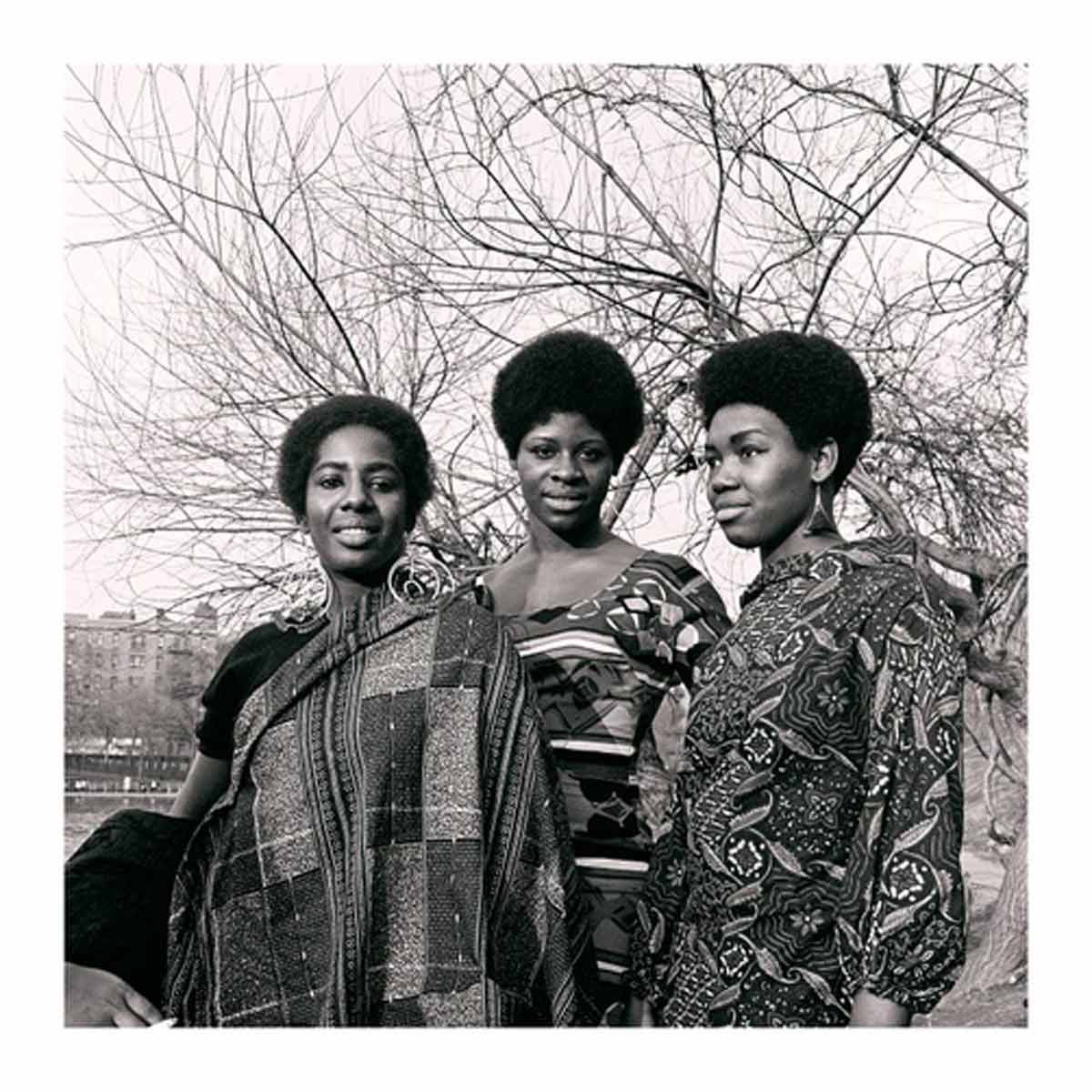 They were Black and Beautiful, proud and confident, talented and innovative. The Grandassa Models were what many young girls in the 1960s would learn was an example to strive for as they grew into their own knowledge and love of self. These intrepid women and the visionary men who were their friends and partners are being celebrated this year, the 60th anniversary of their iconic Black beauty and culture show, Naturally ‘62. The Center for Brooklyn History at Brooklyn Public Library in collaboration with events programmer Souleo conducted a live YouTube interview with three of the pioneers about their historic and universally impactful journey.

Two Grandassa models from that first ‘62 show, Black Rose Nelmes and Barbara Adzua Solomon were interviewed, along with Bob Gumbs, one of the founding members and producers at AJASS. He represented the group, sibling activists Elombe Brath and photographer Kwame Brathwaite, Frank Adu, Klytus Smith and Ernest Baxter.
Gumbs commented on this impactful and inspirational time.

“We have to remember that beginning in 1958 to 1960, Africa was beginning to emerge, with several independent countries,” Gumbs said. “People began to look at Africa and say, ‘This is where we came from and it is now our time to represent ourselves as beautiful Black people.’ ”
But not everyone was on board or ready for a paradigm shift. Some were dismissive or even mocking and hostile when presented with the new aesthetic.

“The European standard of beauty was the focus at that time,” Black Rose said. “So anyone who wore their hair in its natural state—their African hair with its unique texture—people thought you were crazy! People would come over many times to me and ask, ‘What did you do to your hair?!’ or ‘Are you going to do something with your hair?’

Carlos Cooks introduced the Natural Standards of Beauty Contest organized by the African Nationalist Pioneer Movement, which he founded. It was held annually on his mentor Marcus Garvey’s birthday, as Garvey is credited with being the first to use the term, “Black Is Beautiful” long before the Black Power Movement. As Cooks had, in turn, served as a mentor to AJASS since its founding in 1959, the men adopted their usage of the phrase from him.
In 1956 Shirley Anderson was a founding, and only woman, member of the Jazz Arts Society. She married and parted ways with the brothers before the organization became the African Jazz Arts Society, and later AJASS, with the acquiring of a physical space. Having presented concerts in the Bronx for a few years, the members of AJASS were experienced producers by the time the Naturally shows were introduced.

Brath worked continuously as a photographer, and after shooting one of the Natural Standards contests, was dismayed to see some of women who’d just worn natural hair in the contest, walking around with straightened hair a few days later. (Solomon, who’d participated in the contests and was in love with her natural hair, was one of the exceptions.) So he approached his collaborators about starting an event of their own.

The models who came to take part in this new show were Black women of the community with an interest in and/or allegiance to the Black aesthetic. But they were not models. Fortunately, a young model named Jimmy Abu stepped up to train them in the ways of the profession. And thus was born, “Naturally 62: The Original African Coiffure and Fashion Extravaganza Designed to Restore Our Racial Pride and Standards,” the event’s full original title. It was held at The Purple Manor Jazz Club in Harlem on January 28th and headlined by celebrated jazz drummer and composer Max Roach and co-hosted by jazz vocalist and actress Abbey Lincoln, who would marry that year.

“We had not planned to do a second show because it was still a new concept for us,” said Gumbs. “But we were so impressed with the turnout that we did a second show [that night], and from there history was made. Many people credit it as the start of the Black Is Beautiful movement. It became a symbol—in terms of hair, fashion and identity—of who we were as Black people.”

Solomon remembers it with great pleasure. “The next thing I know, we were performing, we were filling up the Rockland Palace, a huge ballroom!” she said. “And we had dancers, people singing, people playing. It was just a wonderful experience, a wonderful extravaganza! And to top it all off—the cherry on the cake—we were celebrating ourselves! We were celebrating our uniqueness, the very thing that makes us special in America.”

Part Two of this article will appear next week with more photos by Kwame Brathwaite.

The struggle is about continuity, who came before